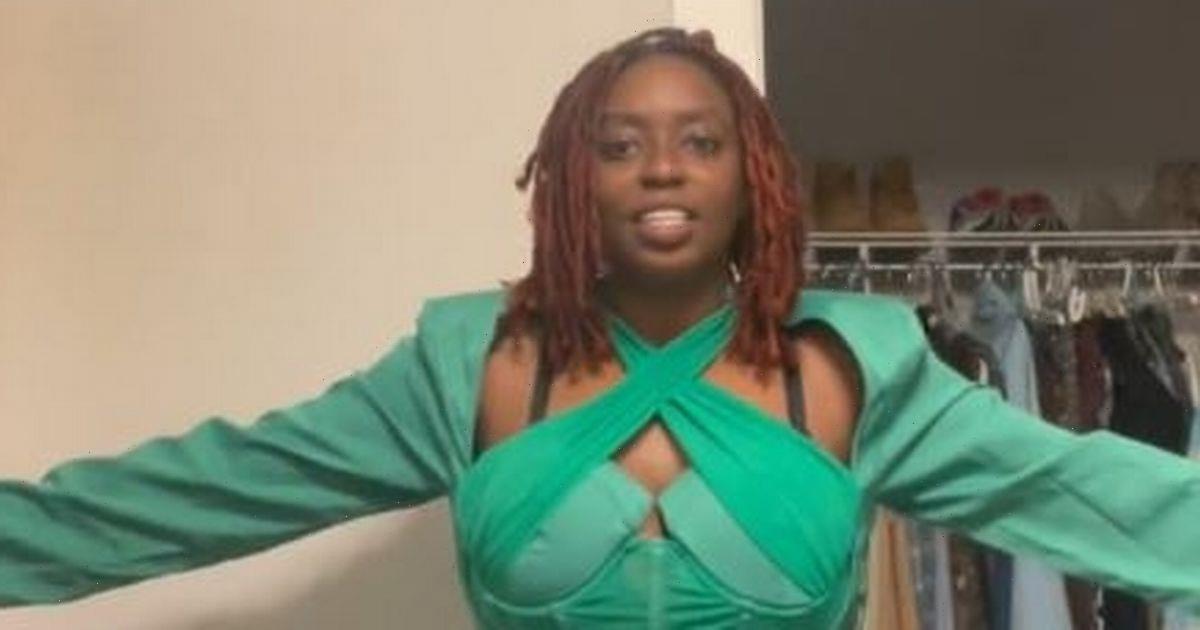 Shopping online from fast fashion brands can sometimes be a bit of a lottery – you never know whether your new items are going to be your new favourites or something you wouldn't be caught dead in.

Courtney Hicks learnt this lesson the hard way after she jumped onto the PrettyLittleThing website to purchase a bright green bodycon dress, which retailed for £55.

While the site often offers a winning look, Courtney quickly realised that this one was a flop as when it arrived, she was left mortified when she stood in front of a mirror in it.

READ MORE: 'I'm a hot teacher – dads always check me out when I’m talking to them'

Posting a clip of herself to the viral TikTok sound ''Please, don't be ugly", she revealed that Molly-Mae Hague's fashion brand had sent her a dress twice as big as the one she ordered.

It was also made with poor-quality material and but looked nothing like it did on the website.

In the caption of the clip, she wrote: "'@prettylittlething count your damn days!! How did you send me a dress 2x bigger than the one I ordered and then the material looks like a feisty evangelist robe?!! I'm suing!!"

Viewers were left in stitches as they took to the comments in shock over the drastic difference between the two dresses.

One user wrote: ''The way I hollered."

Another added: ''My mouth dropped.''

A third commented: "Not me looking at pretty little things for a birthday dress. Is this a sign?"

A fourth said: "I screamed."

To get more of the latest news from Daily Star delivered straight to your inbox sign up to one of our free newsletters here.

However, one woman in the comments tried to defend the dress saying: "Maybe you just need a longer torso."

To which, Courtney replied: "Everything about the dress was wrong."

PrettyLittle hing has been approached for comment regarding the issues with the garment.