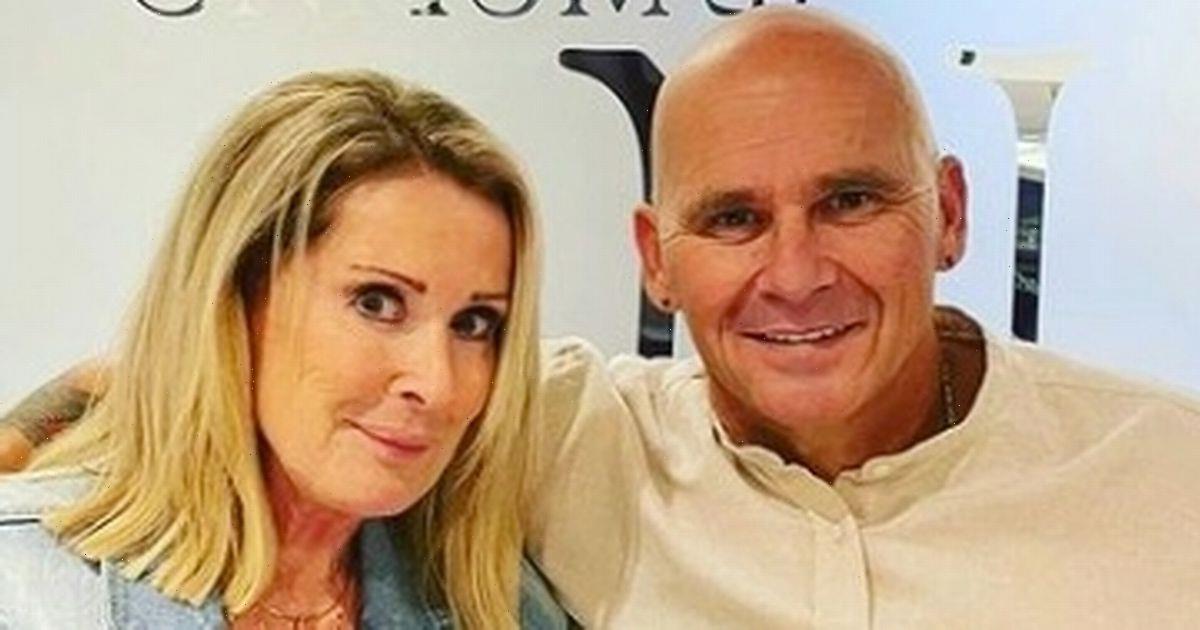 The pair renewed their vows after a decade of marriage in a beautiful villa in Mojácar in southern Spain.

The I’m a Celebrity… Get me Out of Here! star captioned the pic: “A fab dinner with @jonmmac55 and @j_mac1989 at Il Mulino! The Jons shared the steak for dinner… what a feast!”

The I’m a Celebrity… Get Me Out of Here! camp mate first married Jon McEwan in 2010 after he romantically proposed to her in sunny Spain, and described him as a "megas**g" on the ITV show last year.

Beverly and Jon wed again in front of 30 guests to celebrate their decade of marriage.

Some of the lucky guests that got to see the renewal take place included former I’m A Celeb campmate and West End star Ruthie Henshall.

Revealing how they decided to renew their commitment to each other, Beverley said: “We both want to renew our wedding vows.

"When I came out of the castle, I looked a disaster and Jon was waiting for me at the hotel. He just said, 'Let’s do it, let’s get married all over again.' It was like he proposed again.”

Guests on the day were also treated to champagne as well as Spanish delicacies including sangria and tapas.

The 64-year-old actress wore a stunning Stella McCartney dress to mark the celebration where she admitted the renewal was better than the actual day itself. She told OK!: "We had the best time. It truly surpassed our dreams. It was the perfect day.

"People keep telling us it was the best party they'd ever been to."

The legendary soap actress, who played had initially planned to go to a beach bar where Jon had proposed a decade before.

However, due to Covid restrictions, they had planned a party at the villa instead.

Beverley has previously described her fourth husband as "completely and utterly the love of my life" and has even got a huge thoughtful tattoo dedicated to him.

Her inking, which she got in 2016 following her battle with depression, includes two drama masks and a red love heart.