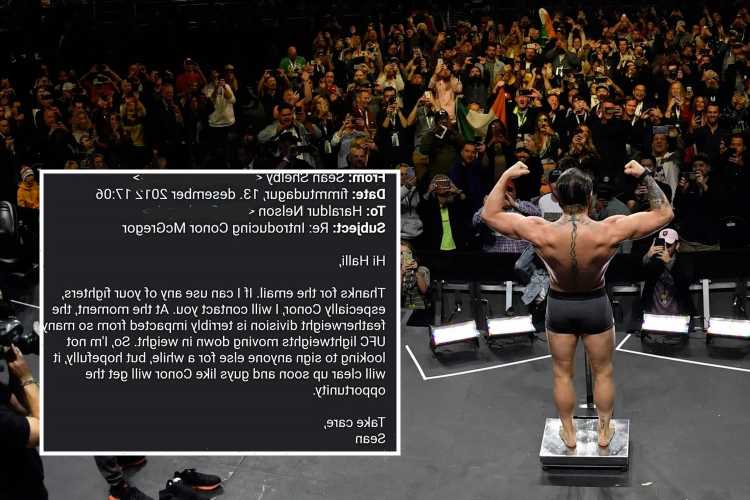 CONOR McGREGOR'S rise to stardom was emphasised after his coach revealed an incredible throwback of the future superstar being rejected by the UFC.

Keeping with the social media trend of sharing how a situation started and how it is going, trainer John Kavanagh released an old email with the UFC. 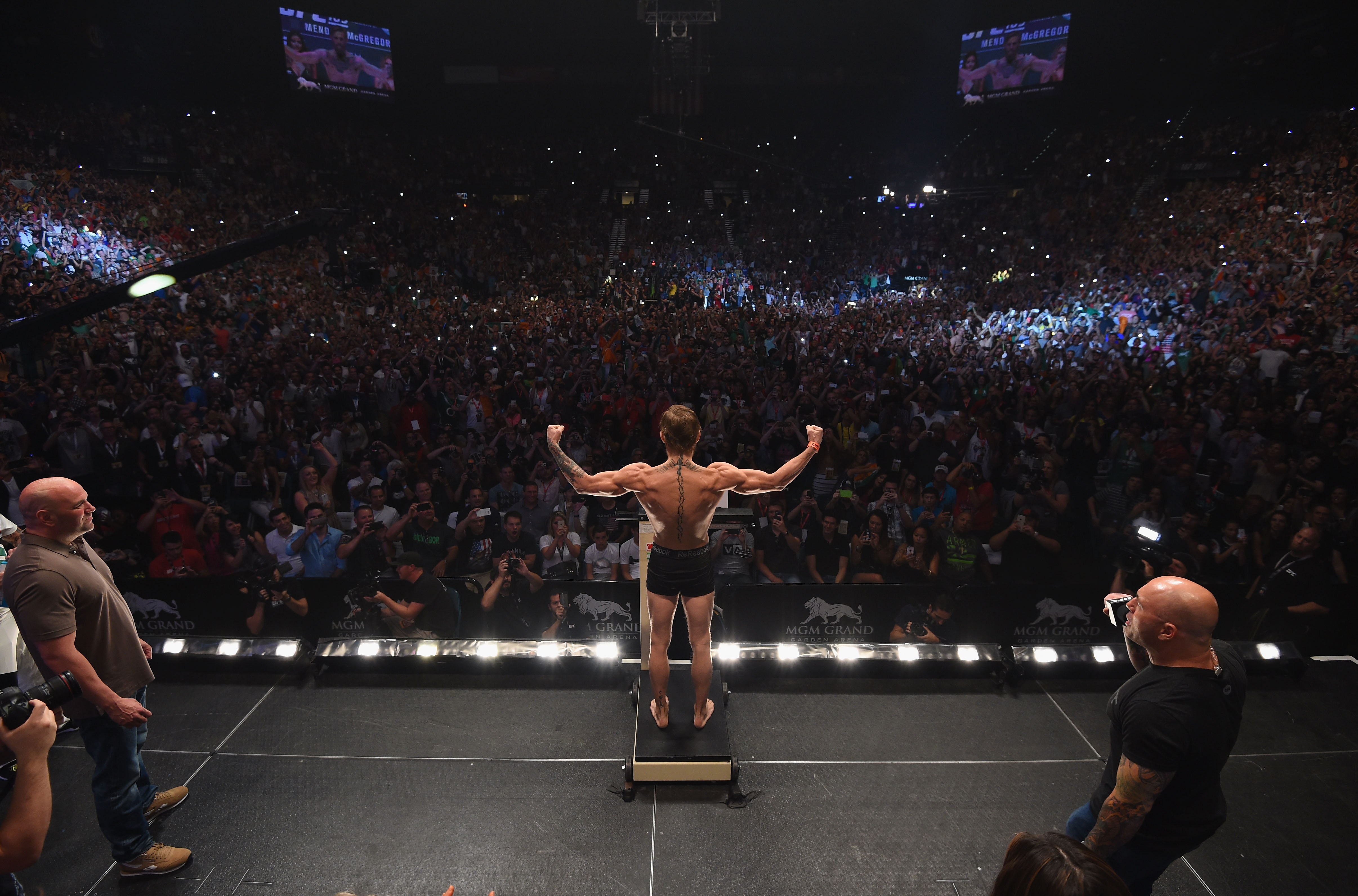 Matchmaker Sean Selby appeared to suggest the featherweight division had no room for McGregor at the time.

The response, from 2012, read: "Thanks for the email. If I can use any of your fighters, especially Conor, I will contact you.

"At the moment, the featherweight division is terribly impacted from so many UFC lightweights moving down in weight.

"So, I'm not looking to sign anyone else for a while, but hopefully, it will clear up soon and guys like Conor will get the opportunity."

Kavanagh – who has been in McGregor's corner since his 2008 debut – accompanied the post with a picture of The Notorious at a packed out weigh in ceremony.

McGregor was 12-2 and had just become a two-weight Cage Warriors champion when the UFC offered him a shot.

He would go on to win his UFC debut in 2013 knocking out Marcus Brimage in the first round.

Eleven fights and seven years later, McGregor again has two belts to his collection and emerged as the sport's biggest attraction.

But the Irishman now finds himself in a must-win situation in his next fight, an immediate rematch with Dustin Poirier.

McGregor suffered a disastrous UFC return in January as he was knocked out by Poirier, the man he initially stopped in 2014.

It has set up the 32-year-old pair with a blockbuster trilogy decider on July 10, headlining UFC 264.

Another loss for McGregor would leave him potentially considering his career, but a win puts him in line for an emphatic title shot against champion Charles Oliveira.