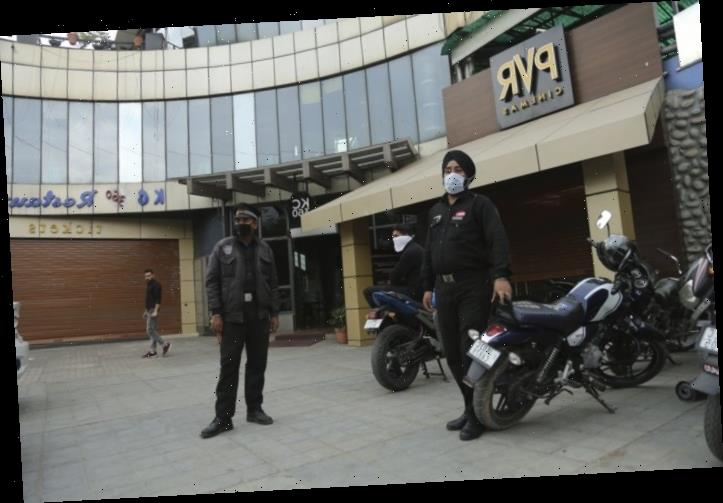 India, Poland and some territories in the Middle East are the latest areas where movie theaters are rapidly being shuttered as the the World Health Organization on Wednesday declared a global coronavirus pandemic.

In India, individual states are implementing closure of moviegoing venues. On Tuesday, Pinarayi Vijayan, the Chief Minister of the Southern Indian state of Kerala, which has a population of more than 35 million, called for cinemas to shut down. The Kerala Film Producers’ Association immediately agreed.

Meanwhile the release of big budget multi-lingual epic “Marakkar: Lion of the Arabian Sea”, starring South Indian superstar Mohanlal, has been postponed. Some 20 movies are being shot in Kerala at the moment. These shoots are likely to be impacted as the number of confirmed cases in the state has risen to 17.

All movie theaters in the Northern Indian region of Jammu and Kashmir are also closed until March 31, it was announced on Wednesday by local officials.

The total number of confirmed coronavirus cases in India is now 62. On Wednesday, Mumbai, home to the Bollywood film industry, recorded its first two confirmed cases of the virus.

Poland announced on Wednesday that it is closing all schools, universities, cinemas, theaters and museums for two weeks beginning on Thursday, in an effort to contain the spread of the coronavirus.

The country has confirmed 26 cases so far but the Polish government is moving swiftly to take preventative measures, given how fast the virus has spread elsewhere, Prime Minister Mateusz Morawiecki told a news conference on Wednesday.

One of the season’s most highly anticipated titles, Bartosz M. Kowalski’s slasher film “In the Forest, No One Will Sleep Tonight,” was forced to scrap its Friday May 13 premiere. No new release date has been announced. Another casualty of the closures in Poland was “The Hater,” the latest feature from Oscar nominee Jan Komasa (“Corpus Christi”), which was released in cinemas last Friday.

After a strong opening weekend the film was on track to top 600,000 admissions, according to Jan Naszewski, of Warsaw-based sales agent New Europe Film Sales. “Now there is a two-week lockdown on everything, so it’s dead,” he said.

Naszewski said the Polish film industry was struck hard by Wednesday’s announcement, adding that the financial toll would be steep for exhibitors and other cultural venues affected by the shutdown. “I guess the approach is better safe than sorry,” he noted.

In the Middle East, Lebanon and Kuwait have implemented movie theatre closures, the latter country shutting down all public spaces including hotels and even banning all flights from its airport. Saudi Arabia and the UAE are expected to soon follow suit, as far as cinemas are concerned.

Lebanon had experienced a huge 60% drop in admissions over the weekend, while the drop in the UAE had been 15% compared to the previous week, according to a regional distributor.

The vast majority of the nearly 10,000 cases of coronavirus cases in the Middle East are in Iran, but cases of infection in the tiny peninsula of Qatar, which shares a border with Saudi, have risen recently from 24 to 262, according to the WHO.

These closures follow total shuttering of moviegoing venues in China, Italy, Iran, and the Czech Republic, as well as partial ones in Korea, Japan, Hong Kong and northern France.

The coronavirus pandemic is affecting 121 countries and territories around the world with more than 113,000 infections and more that 4,500 deaths. Numbers are escalating, especially in Europe where movie theater closures in more countries are soon expected.

Naman Ramachandran and Christopher Vourlias contributed to this report