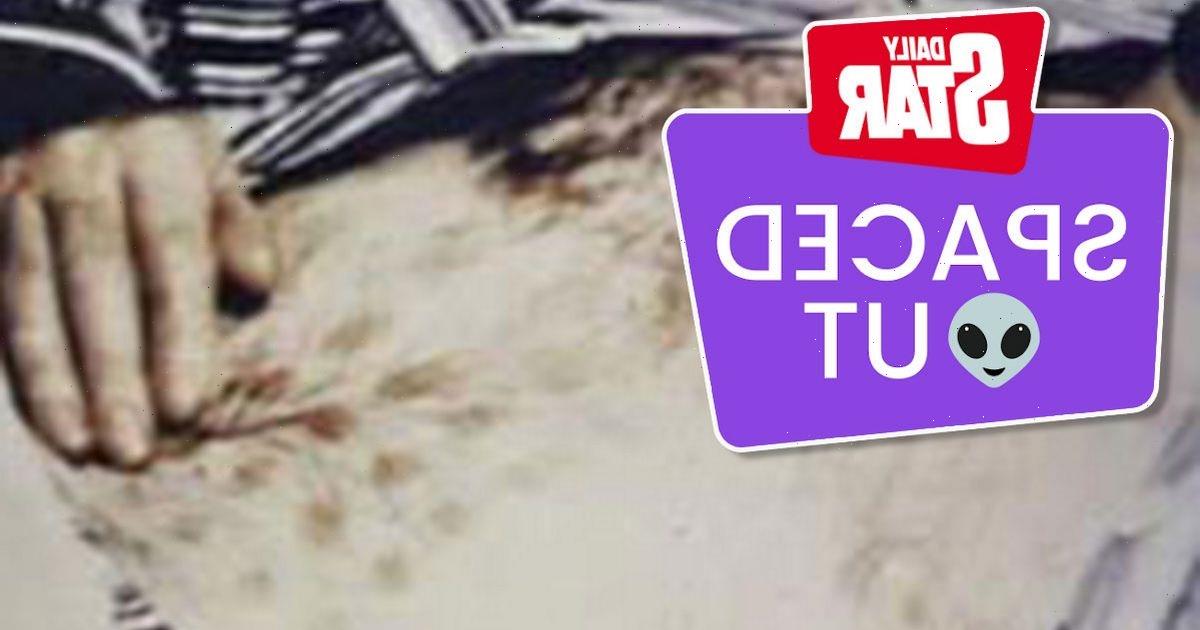 One of the most famous UFO encounters in Canada's history left a man covered in severe burns after supposedly getting up close to a disc-shaped craft.

In the summer of 1967, Stefan Michalak, a Polish man who had moved to Canada, visited Falcon Lake in Manitoba.

He was a keen amateur geologist and had previously visited the area in a desperate hunt for gold and quartz.

But, rather than striking gold, Stefan was left psychologically and physically harmed by a reported encounter with a "glowing" UFO.

His incredible story was told on the It Gets Weird podcast by host Nile.

Nile described how Stefan was exploring when a group of geese began honking nearby. Checking the area, he was suddenly confronted with two “cigar-shaped objects” hovering above the area, which changed colour from reddish-orange to silver.

One began to descend down to the ground, taking on the circular disc shape more commonly associated with UFO sightings. Stefan supposedly sat and sketched the craft, with the drawings being released online much later on.

Eventually, the geologist decided to approach the spaceship, beginning to smell sulphur and exhaust fumes as the air got warmer, and hearing the sound of whirring motors.

Nile claimed that, getting closer, Stefan noticed an open door with a bright light at the side of the craft, from which he could hear muffled voices emanating.

“He couldn’t make out any words, or anything, but he heard at least two beings communicating inside”, he explained.

“At this point he called out, saying that if they needed any mechanical help, he’s willing to help them”.

The voices stopped and, donning welding goggles he had brought, Nile described how Stefan peered inside the craft, observing flashing buttons and panels blinking, but not witnessing any living creatures, alien or otherwise.

But things began to take a turn for the worse when Stefan attempted to touch the UFO while wearing thick gloves.

“As soon as he touches the craft, the fingertips just start to melt, so it’s so hot that it literally melts the gloves he’s wearing”, suggested Nile.

At the same time, Nile explained, Stefan observed the spaceship starting to turn, with a panel of holes facing towards him.

He continued: “He’s hit by this blast of air, that pushes him backwards, and sets his shirt and hat on fire.

“He’s stumbling backwards, getting pushed by this wave of air and gas, and trying to take this burning shirt and hat off.”

Nile claimed the craft then lifted off and flew away, leaving Stefan disoriented and hurt, claiming: “It really feels like this guy was too close to the tailpipe of a UFO and as it took off it just blasted him.”

Left on his own, Stefan began to feel nauseous and, while vomiting, he stumbled through the forest to find help.

Eventually, after a mile-long walk, he made it back to the motel where he was staying. With the nearest hospital miles away, Stefan arranged to meet his wife in their home city of Winnipeg, taking a 2 hour bus journey to arrive there.

But Nile suggested that at first Stefan was reluctant to go into detail about what had happened, observing: “Not really being sure what he went through, he told his family and the people in the hospital that he was hit by airplane exhaust."

To get more UFO stories from Daily Star delivered straight to your inbox sign up to our Spaced Out newsletter here.

Stefan was then treated at the hospital for burns, developing sores that “looked like a connect four board”, and resembled the pattern of the exhaust pipes he had claimed to have seen on the UFO.

For weeks afterwards, he suffered from a number of symptoms typically related to radiation poisoning, including diarrhea and vomiting.

As a result, tests were conducted on Stefan at the Canadian National Atomic Research Centre, which found he wasn’t radioactive, but did have symptoms that mirrored radiation poisoning.

“They find out that the burns on his chest do come from gamma rays, which passed through his stomach and basically broke down what was in there”, Nile claimed.

Eventually, after recovering in hospital, Stefan managed to find and return to the site of the encounter.

On searching the area, Stefan located his burnt shirt, as well as a melted glove and some tools he had left behind in a panic. There was also allegedly a scorched earth circle where the supposed landing site had been.

Samples taken from the soil and the clothes retrieved were also found to be radioactive.

Unsurprisingly, given these findings and the extent of Stefan’s injuries, Nile noted that there was a strong media response to the case.

Still, Nile observed that Stefan never sought publicity for the incident, maintaining a consistent story until he died in 1999.

“He never, as far as I can tell, says that there were aliens involved," he observed.

“Stefan’s story never really changes, over time people try to add things on and tweak it a little bit. He also has to clear up multiple times that he never saw any beings inside the aircraft.

“The fact that he stuck to his story for so long never really changed it, and seemed decently credible is one of the more interesting aspects of this case.”

Officially, however, there has been no confirmation of what Stefan claimed to have seen that day, but Nile noted that the Canadian government’s response means the mystery remains.

He added: “The official government reports effectively said, ‘yeah he came across something; it is not a matter of national security so we are not going to investigate any further’.”

Stefan’s son Stan Michalak has since published a book about what allegedly happened to his father called When They Appeared: Falcon Lake 1967: The Inside Story of a Close Encounter.

To get more UFO stories from Daily Star delivered straight to your inbox sign up to our Spaced Out newsletter here.