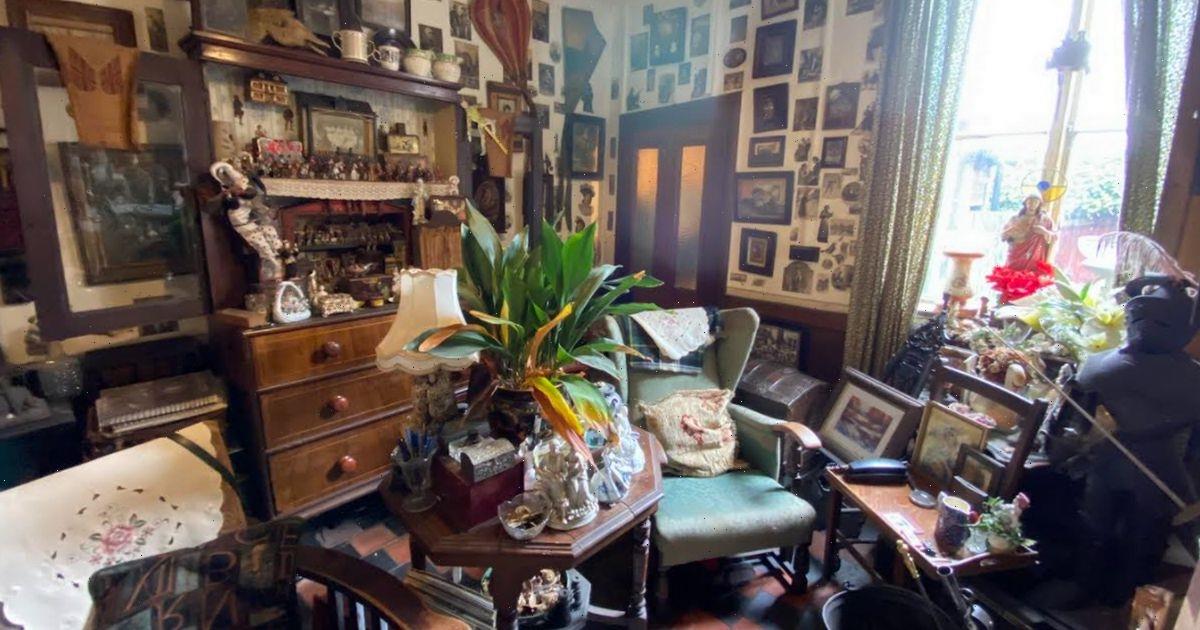 Artist Tim Chitty wanted to keep its original features when he bought the former worker's cottage back in the day.

The home in Stoke-on-Trent was like stepping back in time to the late 19th century with a scullery, coal house and outdoor toilet.

Over the years, the two-bedroom terrace became an extension of his own artwork and would provide a backdrop to collages.

He would use materials from the late Victorian and Edwardian period as a source of his creative work, Stoke Sentinel reports.

There were rooms cluttered with a magical world of imagined lives, and wallpaper decorated with period features.

Tim, who grew up in the Cotswolds, went to study at Burslem School of Art, before he died at the age of 64 following a long illness.

Now the house, its contents and artwork are going under the hammer at three separate auctions with a guide price of £20,000.

Melissa Alford, from Town & Country Property Auctions, said: "It's a difficult property to value because of the work required.

"But we've had an awful lot of interest in it."

The artist never installed a bathroom and simply relied on a tin bath in front of the fire.

And the only concession to modern living is the brick-floored scullery which was a gas oven.

The door and cupboards were done in scumbling, a thick brown varnish, brushed or feathered to achieve a wood grain effect.

Also the house was overlooked by bottle kilns from Hudson and Middleton's China works.

Tim's terrace was in a row of three workers' cottages, built in the 1870s for employees of the pottery company.

His sister Gill said: "The house was his whole world. He was a very kind and gentle man, with a great sense of humour.

"But he was something of a recluse towards the end."

Inside the property, there was everything from musical boxes to Edwardian toy soldiers.

Gill added: "He didn't like to sell his work a lot because it was part of an assemblage. He would give away work to people he loved."

Following his death, the Potteries Museum and Art Gallery took some of Tim's work for its collection.

The general house contents, which will be sold by Adam Partridge Auctioneers next month, includes an array of oddities.

To get the property ready for auction, it has sadly involved emptying the rooms.

The house sale will take place on November 17 through Town & Country Property Auctions, in Wrexham.