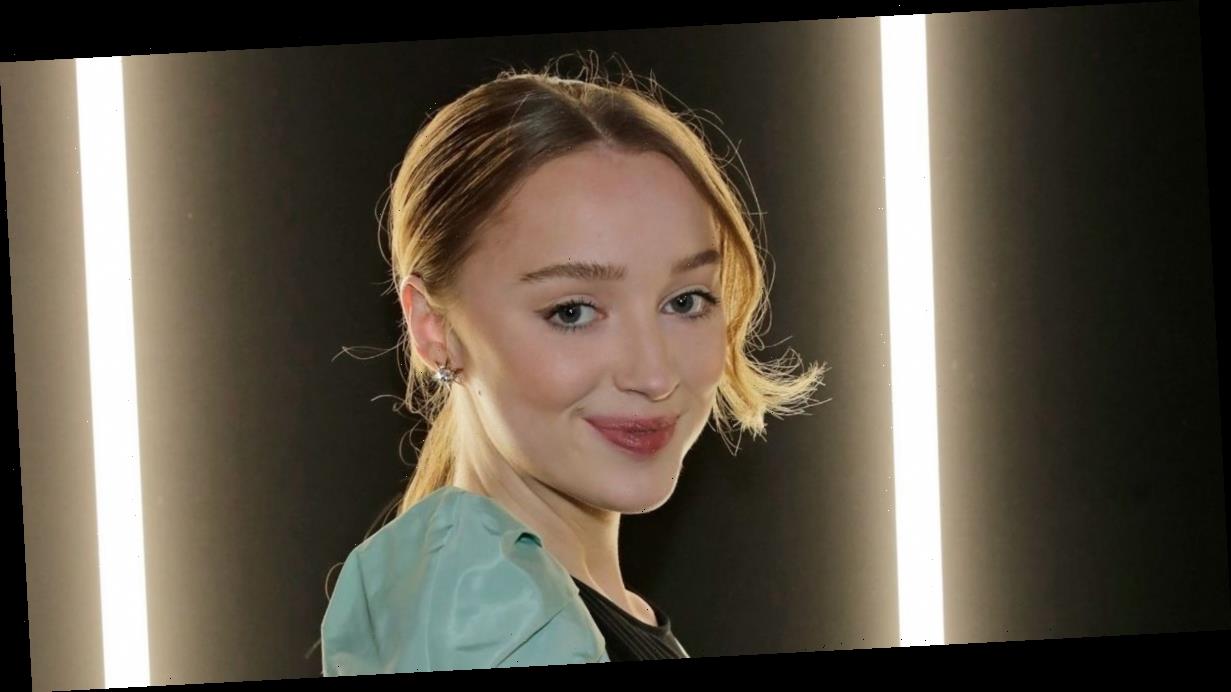 Whether you’ve watched Netflix’s newest show Bridgerton or not, you would have certainly heard about it.

Combining the gossip of Gossip Girl to the drama of Downton Abbey, it’s definitely safe to say this is a show to watch if you haven’t yet.

Not only are there many scandalous moments, but the costumes are quite exquisite too.

The show centres around a few characters, but the leading female role see’s actress Phoebe Dynevor, 25, take on the character of young lady Daphne Bridgerton.

Phoebe has been in the industry since she was 14 years old, and has been on television shows such as Waterloo Road.

Just like her sophisticated on screen role, Phoebe dresses just as fabulous when she takes to the red carpet.

In the show we’re used to seeing all the glitz of expensive jewels and fine ball gowns, however, in real life, Phoebe takes a little more laid back approach compared to Daphne’s style.

Not only is the dress amazing, but it left the actress appearing effortlessly chic.

At the British Independent Film Awards in 2019, Phoebe took to the carpet in a youthful Alexandre Vauthier dress.

She opted to make the ensemble a little more playful with the addition of a pair of polka dot tights.

Unlike her television role, Phoebe can definitely get away with being a little more experimental with her looks.

Just as much as she can dress up and channel her inner Duchess, the young actress can tick all the style boxes when it comes to more casual affairs.

In 2017, Phoebe attend the premier of her previous show Snatch and she looked so cool as she walked the carpet.

Keeping it a little more casual, she opted for a navy jumpsuit but upgraded the look with a classic pair of heeled boots.

Her style isn’t always so different from her on-screen role, just as much as Daphne likes to look her best, the strawberry blonde babe does too.

At the pre-BAFTA party in 2020 Phoebe looked the part in this fabulous Tory Burch dress.

The outfit was kept cool with a simple black dress and then had all the drama with the gathered puff sleeves.

We can’t get enough of this outfit which has left us dreaming of warmer times to come.

Whilst attending a viewing at the V&A in 2018, Phoebe showed off her beautiful summer style with this cute floral number.

We think it’s safe to say that just like her character on the show, this is one lady who definitely knows how to dress.