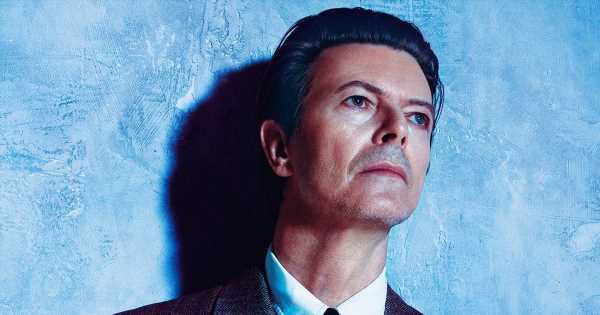 David Bowie was one of the greatest musical icons ever to live and is widely regarded as one of the most influential musicians of the 20th century.

During his career he sold over 100million records worldwide making him one of the best selling artists of all time.

He became known as a symbol of the reinvention of music, audibly and visually, both under his stage name and as his '70s alter ego Ziggy Stardust.

Sadly, in later life he became marred by ill health as he got to work on what would be his final album, Blackstar, which was released on January 8 2016, his 69th birthday and just two days before his death on January 10. David passed away following an 18 month battle with Liver Cancer. He had kept his diagnosis private and reportedly only found out he was terminally ill in the later months of his life.

He died at his home in Lafayette Street in New York and was survived by his wife, Iman, and his children: Alexandria Zahra Jones and Duncan Jones

Following his death, there was much speculation about whether his hedonistic lifestyle was partly to blame for his early demise.

A documentary titled Autopsy: The Final Hours of David Bowie saw US medical expert Dr Michael Hunter discuss the finer details of the probe into the circumstances surrounding the multi-award-winning stars passing.

He said: “Despite abusing drugs such as cocaine, and alcohol, he had given both up many years before the end and I believe they played no part in his death.”

Discussing David’s permanently-dilated pupil – known as anisocoria – which he developed when he was punched in the eye during a playground fight over a girl, Dr Hunter talked of the possibility of an aneurysm.

He also ruled out any diagnosis of schizophrenia, which three of David’s aunts and his half-brother Terry all suffered from.

One part of David's lifestyle that Dr Hunter did believe may have been a factor in his death was his decades-long 60-cigarettes a day habit.

He said: “Liver cancer is rarely a primary cancer. I have to ask: Did the cancer start in his lungs and migrate to the liver? It’s highly possible.”

The forensic expert also ruled out rumours of assisted suicide explaining: “It’s possible, of course… but there’s no evidence he wanted to cut short his life.

“I can see, however, that in Blackstar, Bowie was able to confront his approaching death and deal with it creatively.

“I believe David clung to life long enough to see Blackstar released and, once he’d achieved that goal, he was able to let go.” David Bowie left an estate of around $100m to his wife Iman, and his two children, but he also left $2m (£1.5m) to his long standing assistant Corinne Schwab, while leaving $1m to Marion Skene.

He also left a property on Little Tonshi Mountain and a 25% share in the estate to his and Iman's teen daughter Alexandria.

The remaining 50% went to Iman alongside his other properties.