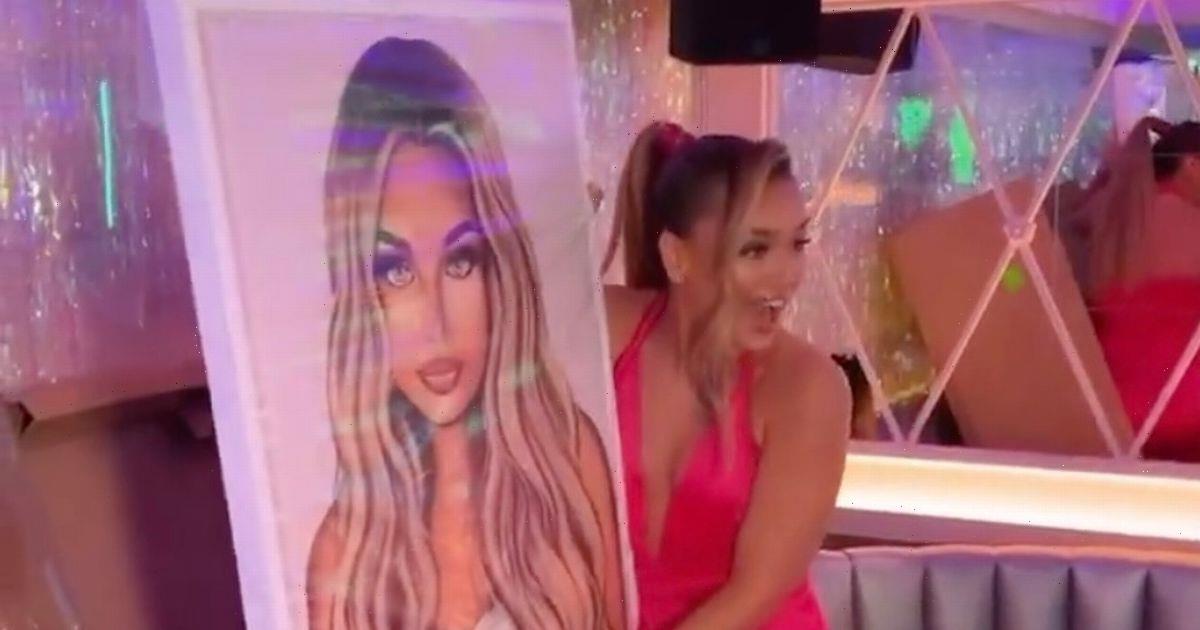 Love Island star Lucinda Strafford has given a behind-the-scenes look at her very glamorous birthday party as she turned 22 in style.

The ITV2 reality star, who recently confirmed that she was back with her footballer ex Aaron Connolly as they cosied up in a snap, celebrated her birthday with her fellow Love Island pals including Millie Court, Kaz Kamwi, Liberty Poole and Jake Cornish.

Lucinda, who hails from Brighton and Hove, looked sensational in a plunging satin pink dress with her blonde locks in a high ponytail that was reminiscent of Molly-Mae Hague's signature style.

The beauty looked every inch the birthday girl as she sliced into her lilac buttercream cake while her girls cheered in the background.

Lucinda was also over-the-moon after she was gifted a huge portrait or herself as a present from Neon Management.

The owner of fashion boutique, The Luxe Range, was also treated to a gift from designer brand Fendi by her fellow Love Island friends Chloe Burrows and Millie Court as she shared a snap of the bag against the backdrop of two pink two balloons at her family home.

Elsewhere Millie, who wowed as she swapped her short bob for mermaid locks, looked stunning in a zebra print suit as she posed up a storm for the camera ahead of the night out.

The blonde, who recently went home shopping with her boyfriend Liam Reardon, put on a playful display as she smiled with Kaz and Lucinda at the venue.

Millie also could not resist posing for a bathroom mirror selfie with her beau Liam who looked smart in a white thin knit shirt for the outing.

Meanwhile Aaron Francis, who was coupled up with Lucinda in the villa, panned to his fellow Love Islanders including Jake and Chuggs Wallis.

Dancing On Ice star Liberty, who is partnered with Joe Johnson on the ITV show, looked stunning in a little black dress with her long blonde locks in a sleek ponytail as she prepared to party with her fellow reality stars.