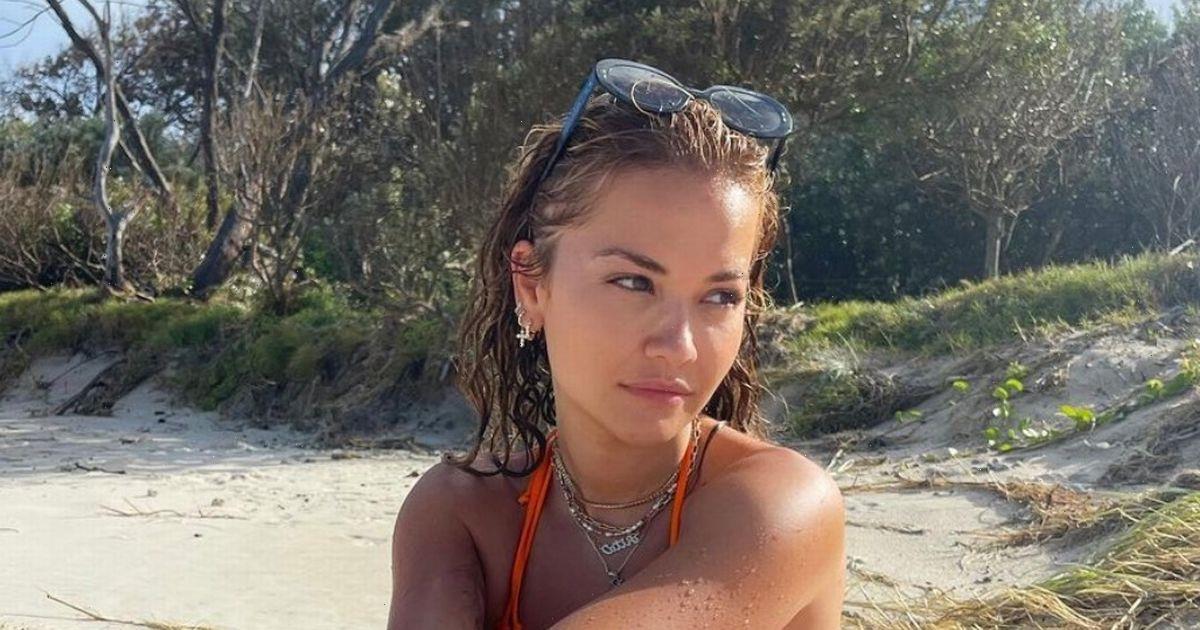 Rita Ora has given a glimpse inside her trip to Australia as she shared a collection of gorgeous bikini snaps on the sun-soaked beach.

The 31 year old Masked Singer panelist, who was 'told off' for using her phone in breaks and now isn't allowed access to 'the gram [Instagram]' while shooting scenes, has kept her followers updated on her antics Down Under with her 46 year old director boyfriend Taika Waititi.

Rita, who recently wowed in a topless poolside snap, looked sensational as she posted a collection of candid snaps to her 16million fans, captioned: "Dude I’m just trying to meditate."

The Hot Right Now songstress posed with sea-drenched locks and showcased her gorgeous figure in an orange bikini top and pink bottoms.

Perched on a towel, Rita held her hand up to the camera before gazing into the distance with black shades perched on her head.

The songstress appeared to be in her element as she leaped in the air and donned a gorgeous orange leopard print sarong for the day in the sunshine.

Fans took to the comments to share the location of the idyllic beach with one follower believing it to be Broken Head Beach which is around 10-minute drive from Byron Bay.

It appeared that Rita could not get enough of the balmy temperatures and looked radiant as she danced posed for the camera, captioned: "I stayed here till I got at least one with a little bit of sun I’m feeling 2022."

Meanwhile Rita has also entertained her 1.7million fans on TikTok by sharing a number of lip-syncing videos as she relaxes on the beach and travels between locations.

It comes after Rita and Taika made their red carpet debut in April as they attended the LA premiere of The Suicide Squad and a source recently told The Sun: "Rita and Taika are head over heels.

"From what she says, he's 'the one' for her. None of her mates would be surprised if he popped the question soon."

The source continued: "Some people might see that as quite quick but they've barely spent a day apart since they got together."

Taika is probably best known for the 2014 film What We Do in the Shadows and the WWII comedy-drama Jojo Rabbit which was released in 2019.

The latter was nominated for six Academy Awards, winning in the Best Adapted Screenplay category. While he also won a Grammy for the soundtrack.