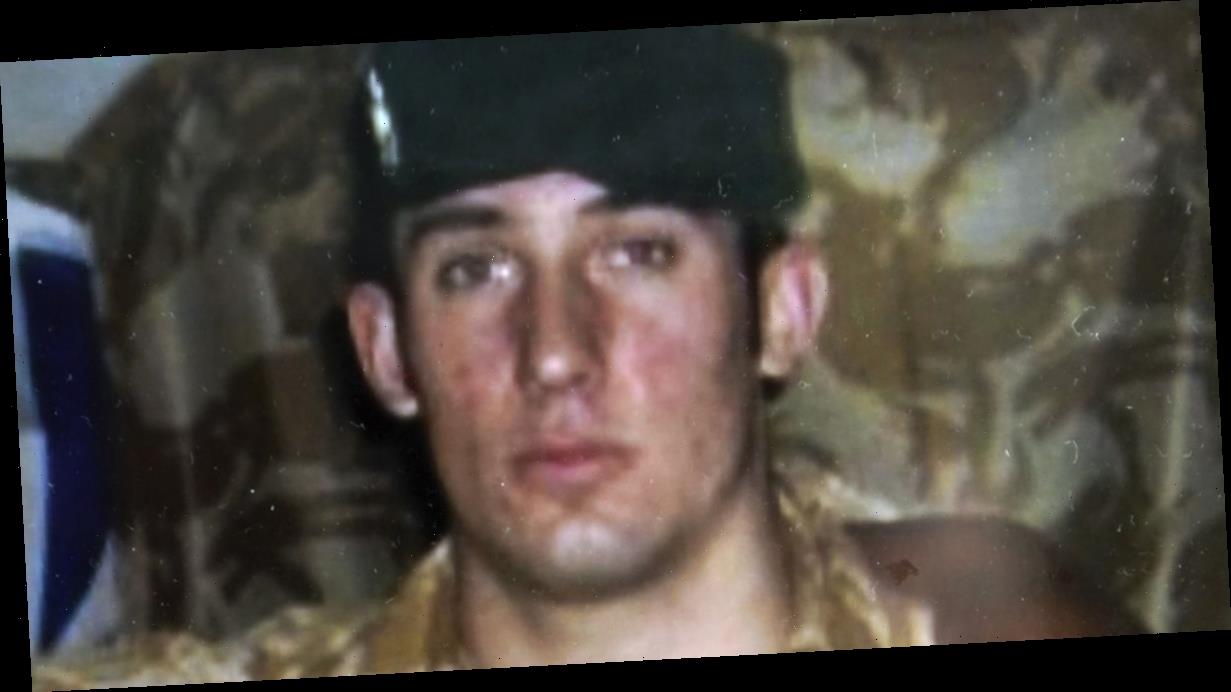 A veteran who killed himself with an overdose had been ­repeatedly failed by mental health staff, says his partner.

Lance Shingler, 34, who was haunted by the death of nine pals in the Iraq War, died in front of Hayley Gough.

She then had to tell their children, Riley, eight, and Elliey-Jaye, six, daddy had died.

Hayley said Lance’s death last month had been the 12th suicide by members of The Rifles regiment since 2017.

Lance knew at least six of them. Angry Hayley, 32, said: “He was screaming for help but no one was listening.

“Too many members of The Rifles have taken their own lives and no one in Government seems in the least bothered.”

Birmingham City fan Lance’s picture was shown on a giant screen at the Championship side’s St Andrew’s ground on Saturday. A message read: “Fought to the end with a battle of PTSD. Fly high our beautiful angel.”

Lance had already been through hell with Fourth Battalion The Rifles when he met Hayley in 2010. The regiment faced some of the worst fighting in the Iraq War and has lost more vets to suicide than any other Army regiment.

Hayley, from Birmingham, said: “Lance suffered from ­survivors guilt. A lot of his friends were killed. Lance ­wondered why he survived.

“One of his friends had been shot in the head. He tried to push his brains back inside.”

Lance suffered night terrors and flashbacks and by 2012 was diagnosed with post-traumatic stress disorder.

In 2018 Lance tried to choke himself to death and a year later took an overdose. Hayley knew he would ­attempt suicide again. She said: “He needed help but no one seemed to listen or care.”

Lance was in the care of Birmingham and Solihull Mental Health Trust but Hayley believes it could have done more to save him.

She said: “The ­treatment he received was disgusting. Not one person seemed to understand what Lance was going through.

“I told the medical teams that this was serious, that it was a life and death situation, I stressed that he needed help and that if he didn’t get it there was a real possibility that he would take his own life.

"I just kept hitting hurdles all the time with no one really ­taking responsibility for what Lance was going through.” Lance’s HGV licence had been suspended because of his mental health.

On February 13 he came home and tried to overdose on antipsychotic drugs he was taking. Hayley immediately called an ambulance.

She said: “He seemed OK in ­hospital and I thought he would be fine but then he just died in front of me.”

Hayley said the children are being very resilient about Lance’s death. “He adored them. I think it’s all a bit surreal for them.”

Hayley always feared Lance might take his own life especially when she learnt that some of his former colleagues had killed themselves.

One of the suicides from The Rifles was in 2017. The other 11 have been since.

Hayley said: “I think I knew that deep down Lance would take his own life.

“He kept saying to the health professionals over and over again that he was going to do it. I knew this was something which was not just going to go away but I really hoped that he would get the help before he did it.”

She believes the NHS should employ counsellors with ­military experience who can relate to veterans.

She added: “We can’t just carry on telling our children that daddy’s dead. One death is too many. There is too much talk from the Government and not enough action.”

Sue Hartley, of Nursing at Birmingham and Solihull Mental Health NHS Foundation Trust, said: “Our thoughts and condolences are with Mr Shingler’s family and friends at this very sad and distressing time for them.

“We are unable to comment further at this time until a full investigation has concluded.”