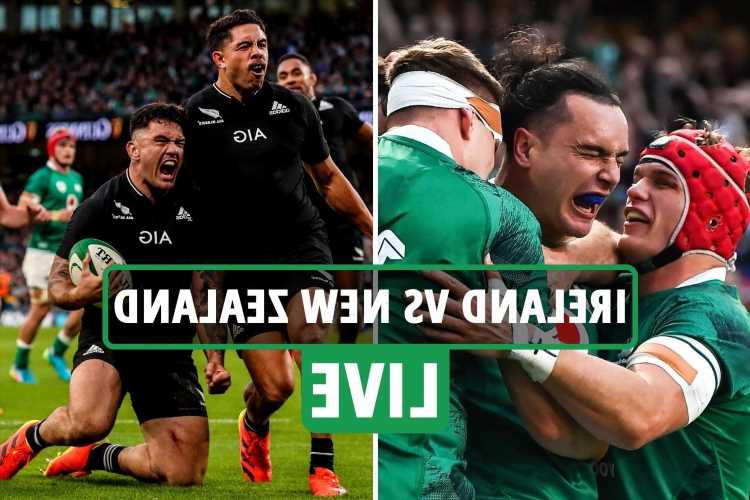 James Lowe has touched down early on at the Aviva with the hosts getting off to the perfect start, before the All Blacks responded through Codie Taylor.

But Ronan Kelleher responded by barrelling over the All Black try line in the second half before Caelan Doris danced through a huge gap in the Kiwis defence to score their third try.

The Kiwis have had a try disallowed for a forward pass in the build-up after scoring themselves, but Ireland have kept their cool.