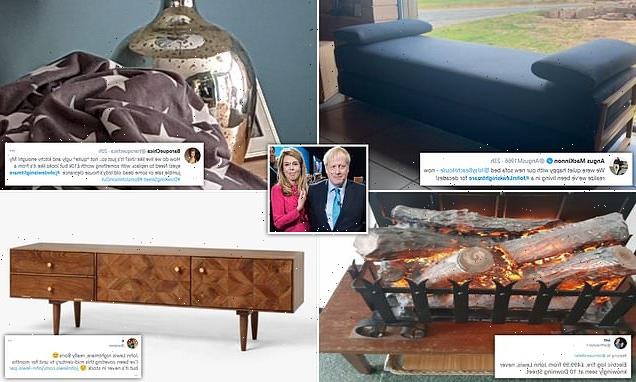 Has John Lewis become common? Shoppers debate whether department store is ‘posh’ after Carrie Symonds ripped out its furnishings at Downing Street – but Prince Charles’ former butler says the store is ‘fit for royalty’

John Lewis has carefully crafted its reputation as the favourite department store of the middle classes over decades – but it’s well-heeled image has taken a hit in in recent weeks by the apparent snub from the Prime Minister and girlfriend Carrie Symonds.

The news that the couple had branded the decor left behind by exiting Prime Minister Theresa May in 2019 at Number 11 as a ‘John Lewis nightmare’ has seen the term trending on Twitter as shoppers have questioned whether their own purchases suddenly feel a little less glossy.

The media storm this week over Boris Johnson taking a loan from the Conservative Party to redecorate the Downing Street flat where the couple live with their 11-month-old son Wilfred has left many in doubt as to whether the store, which markets itself as ‘never knowingly undersold’, can still be considered ‘posh’.

Many have defended the store, including Grant Harrold aka The Royal Butler – who worked as a butler to Prince Charles from 2004 to 2011 –  saying it was sad to see such a ‘great British institution’ being dismissed by No 11 and that the revered brand was still ‘fit for royalty’. 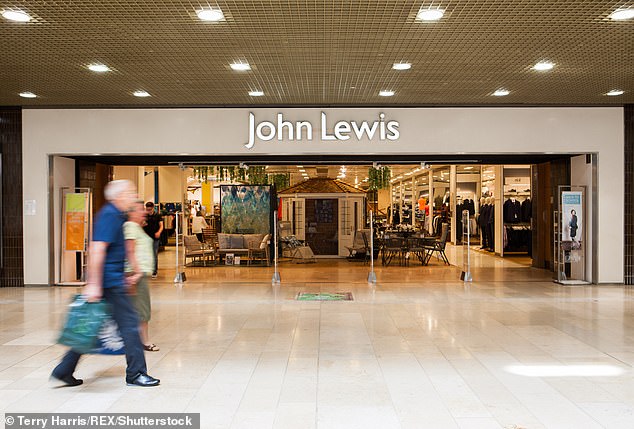 Has the shine been taken off John Lewis by Boris Johnson and Carrie Symonds? The couple’s recent controversial refurb of No 11, where they live with their baby son Wilfred, has stripped away Theresa May’s previous decor – which Tatler called a ‘John Lewis Nightmare’ 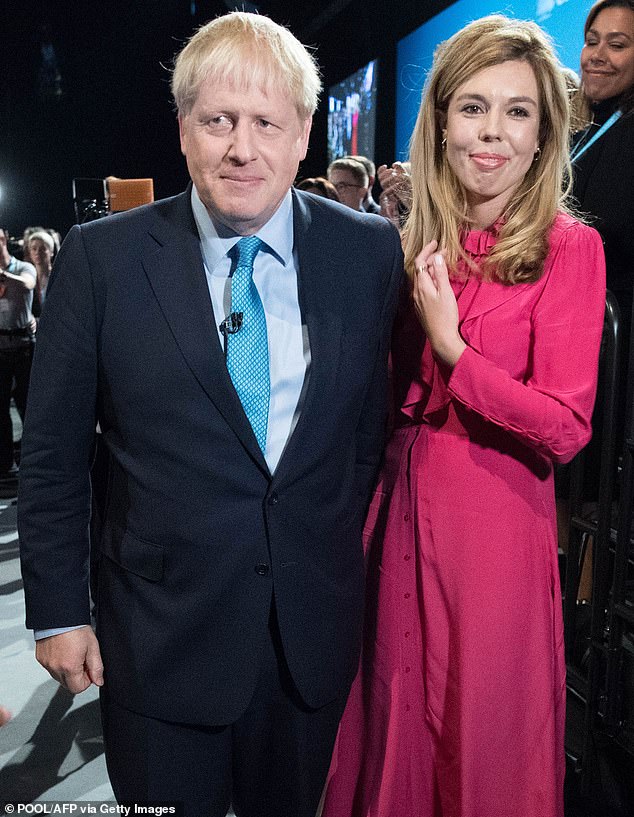 The news that the couple, who are thought to have funded the high-end refurbishment with loan a from the Conservative Party, aren’t fans of middle class favourite John Lewis has left many reeling on social media 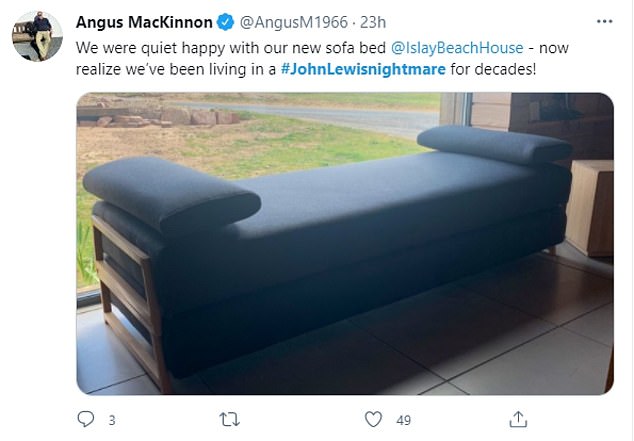 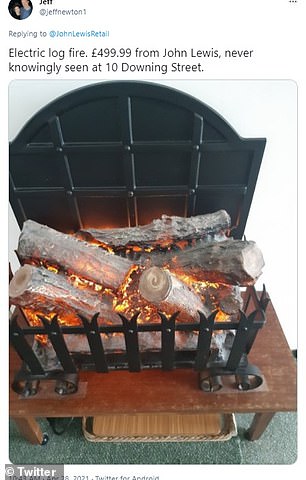 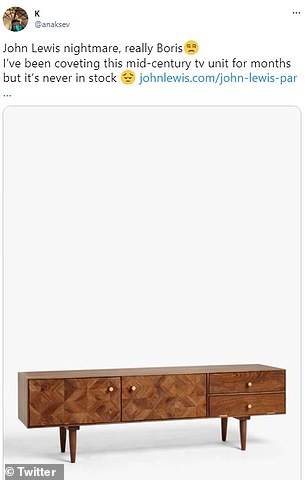 When the refurb took place in March, high society magazine Tatler reported it was being transformed from ‘Theresa May’s John Lewis furniture nightmare into a high-society haven’, with Ms Symonds apparently keen on a complete interior overhaul.

Shoppers have commented using the #JohnLewisnightmare hashtag on social media, with many suggesting the PM might have alienated the Tory faithful by besmirching their favourite shop.

@gdaduncan added: ‘I’ve just woken up from a John Lewis nightmare – so much better than the Aldi nightmare I’m having in real life. #johnlewisnightmare’

@Emma_Whittaker agreed, saying: ‘As someone who is currently moving house and buying furniture, I would love Boris Johnson’s #johnlewisnightmare

‘Still out of work due to the pandemic and not qualifying for government help, the closest I’ve come to John Lewis is a day dream.’ 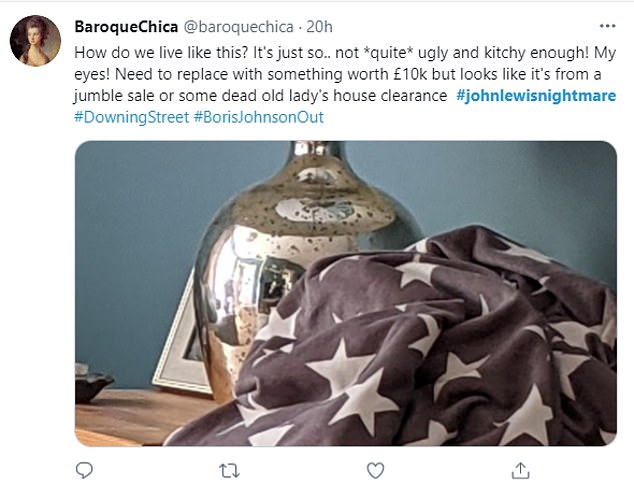 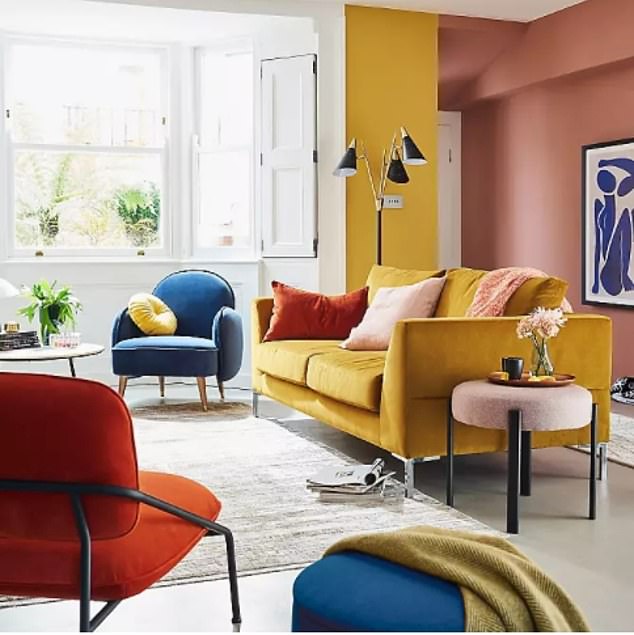 John Lewis has suffered an ‘identity crisis’ in recent years says etiquette expert William Hanson, saying the store no longer asking staff to be suited and booted was a bad move

So what is the verdict of etiquette experts? Is John Lewis’ long-held position as middle England’s go-to store for furnishings less sure-footed?

Grant Harrold aka The Royal Butler, who worked for The Prince of Wales between 2004 and 2011, told FEMAIL it was sad that such a well-loved brand could be dubbed a ‘nightmare’.

He said: ‘Our country is just starting to get itself back on its feet and our shops have just opened up again including the great British institute that is John Lewis. I do hope that this does not affect John Lewis and any of the companies that supply furniture to them either.’

He added: ‘Perhaps Ms Carrie Symonds could instead show support to our British businesses and instead of blacklisting a company be seen shopping for her new sofas and chairs in her local John lewis. I personally can not wait to head back to my local John Lewis as the products they sell are after all fit for Royalty.’ 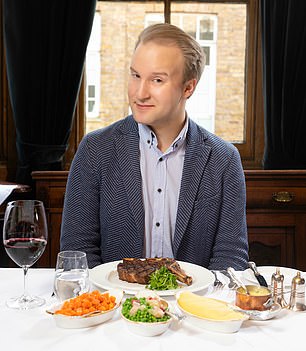 Etiquette guru William Hanson told FEMAIL that the store has never been considered in the same ilk as Harrods or Selfridges: ‘In the grand scheme of things John Lewis isn’t that ‘posh’. They are now and always have been, however, solidly and reliably middle class. An image that perhaps they don’t wish to nurture anymore.

He added that the store had been ‘suffering an identity crisis’ in recent times.

‘Their employees no longer have to wear suits on the shop floor. Instead they can wear a less than appealing black polo shirt and chinos or jeans.

Because apparently a suit is too elitist and a polo shirt less intimidating. John Lewis’s store in Chelsea, Peter Jones, however, is still considered fairly smart – it even has a different name from the rest just to make sure it stands a little higher from the rest.’

The Twitter storm didn’t go unnoticed by the social media team behind the high street favourite. The official John Lewis store account posted last night: ‘Phew, the John Lewis social team have just finished an all day brainstorming session to find ways for people to talk about us on Twitter….. Have we missed anything?’