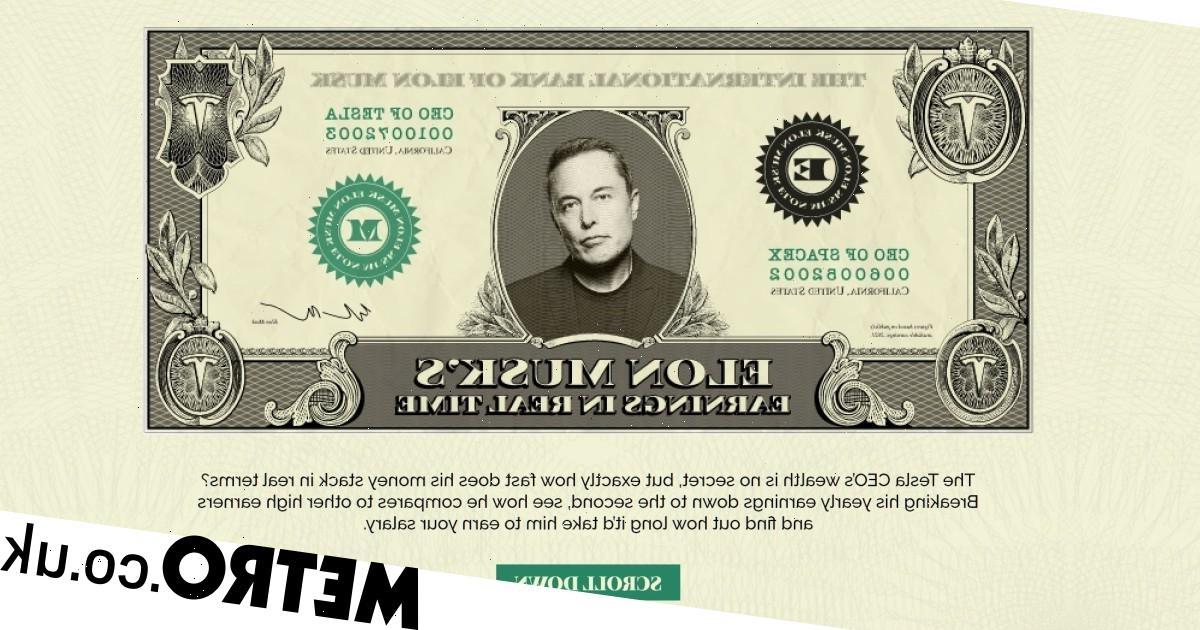 Elon Musk is wealthy. Fantastically wealthy. In fact, he’s the richest man on the planet.

If you want to see how that sickeningly translates to the average UK salary in real-time then there’s an online calculator to do just that.

Created by selectcarleasing.co.uk, the tool starts counting the Tesla boss’ earnings from the second you click onto the website.

It also compares it to a few big names in the automotive industry like Lewis Hamilton and Jeremy Clarkson.

But the time it takes Elon to earn what the average UK worker takes home in one year is just 1 minute and 47 seconds.

Yes, you can toil for 365 days to make what Musk generates in 107 seconds.

If you want to visit the calculator and see for yourself, you can do so by following this link.

If it’s some small scrap of comfort, at least Elon Musk seems to be doing some good things with his vast amount of wealth.

Beasley challenged Musk and Amazon founder Jeff Bezos specifically, saying: ‘$6billion to help 42million people that are literally going to die if we don’t reach them. It’s not complicated.’

Musk took to Twitter to respond to the challenge, saying, ‘If WFP can describe on this Twitter thread exactly how $6billion will solve world hunger, I will sell Tesla stock right now and do it.’

‘But it must be open source accounting, so the public sees precisely how the money is spent,’ he added.

Beasley replied to Musk’s post to Twitter, promising the WFP has the systems in place for transparency and open source accounting.

In the meantime, Elon has been busy selling off Tesla stock and paying taxes. He’s also been offloading houses and trying to get rid of material possessions.

Realistically though, neither of these things will even make a dent in the vast amounts of wealth he has amassed through both Tesla and SpaceX.