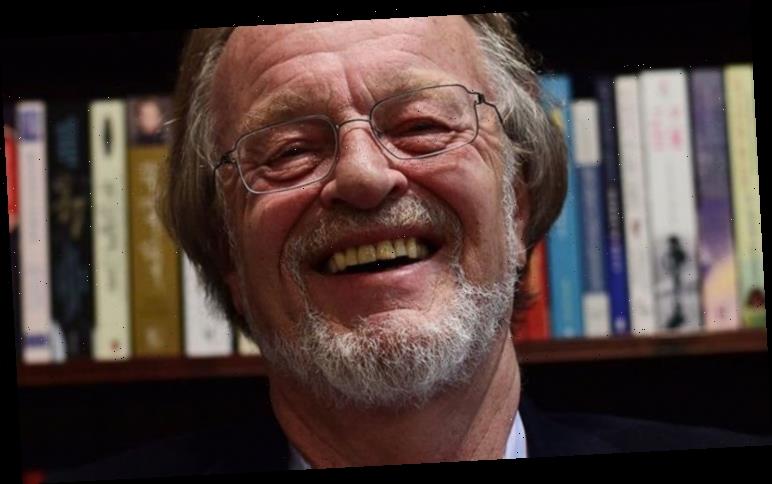 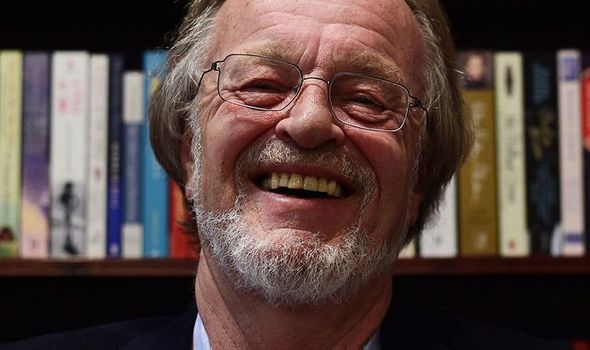 In news that will delight his devoted readers (and, no doubt, his publishers) he reveals that his next book will revive his iconic hero Richard Sharpe. “I’ve always said that when I retire I’ll write another Sharpe, so I guess this is my retirement,” he chuckles over the phone from his summer home in Cape Cod. “I’m going to start on the day after the Battle of Waterloo and the British advance to Paris and its occupation. There’s enough nastiness going on to keep Sharpe happy. I’ve always wanted to go back, I’m very fond of Sharpe.” And no wonder. Cornwell gave up a high-powered BBC current affairs position to marry his American wife Judy and move to the United States forty years ago.

Broke and unable to work, but inspired by C S Forester’s thrilling Hornblower stories, he tried his hand at writing because it was one of the few jobs that didn’t require a Green Card employment permit.

A chance meeting at a Thanksgiving party in 1979 saw him sign a seven-book deal and he never looked back.

Sharpe’s Eagle, published in 1981, was set against the backdrop of the Peninsular War and introduced the brilliant but wayward soldier who would rise through the ranks of the British army.

Cornwell would eventually write more than 20 Sharpe novels, and the bestselling series was further boosted by the ITV adaptation in 1993, starring rugged Yorkshireman Sean Bean in his most memorable role.

“I wrote the first series, there were I think 11 books, and that took Sharpe to Waterloo,” the author recalls. “And just after that, the television started and I thought it made sense to write more Sharpe books. So I wrote another 10 over the same time period. I’d like to say the later books were dovetailed in but, they weren’t, they were hammered in.”

Darting backwards and forward in time, the chronology of the books occasionally baffled fans.

But the series, which ostensibly ended in 2007 with Sharpe’s Fury, brought Cornwell fame and fortune – a bit like his Napoleonic-era hero who wins favour capturing a French eagle battle standard and later saves the life of the future Duke of Wellington. 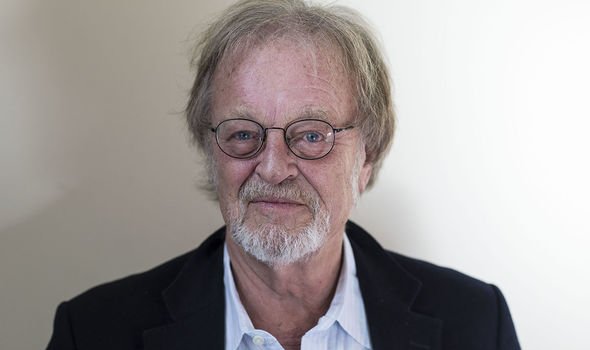 Since then, he has written several other bestselling historical series, but Sharpe remains a firm favourite.

Cornwell even owns a yacht called Seraph, an anagram of his most famous character – altho ugh he didn’t realise that till he’d had it for a year.

The new Sharpe novel, bubbling away in the back of his mind for the past 13 years, doesn’t yet have a title yet, but that’s often the thing that comes last, he admits.

Despite the excitement his Sharpe revelation will bring, Cornwell is here today to talk about his current novel, War Lord, the 13th and final book in The Last Kingdom series about Saxon noble Uhtred. Pausing only to pet his Cavalier King Charles Spaniel, Whiskey, named after the Irish drink of which he is a “great fan”, he says: “In almost every historical novel there’s a big story and a little story. If you think of Gone with the Wind, the big story is the US Civil War and the little story is can Scarlett save her family home, Tara?

“The trick of it is to flip them so the little story comes into the foreground and the big story makes the background. The big story of the Uhtred books is the making of England. War Lord is the final chapter, it’s the battle which created England. It’s a slight stretch but you could say that on the morning of the Battle of Brunanburh in 937 there was no England and by that night there was.”

As with Sharpe, The Last Kingdom has been lapped up by television, moving from the BBC to Netflix in recent years, with a fifth series due to start filming later this month, coronavirus notwithstanding.

I wonder if German-born actor Alexander Dreymon, who plays Cornwell’s Uhtred, has influenced his writing in the same way Sean Bean did for Sharpe. (Cornwell famously enjoyed Bean’s portrayal so much he created the backstory his hero grew up in Yorkshire to account for the actor’s accent.)

“Whenever I think of Sharpe I hear Sean’s voice, but less so with Alexander,” he says. “I think it’s because by the time they started on TV, I was eight or nine books ahead of them so the Uhtred I was writing was much older.” 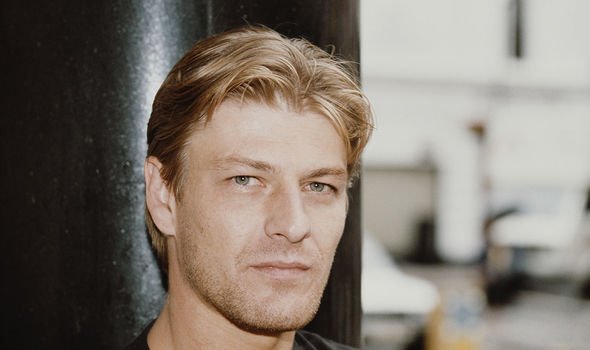 However, the adaptation has been an unmitigated joy in other ways.

“They even gave me a cameo part in the third series as a rogue called Beornheard. Don’t blink or you’ll miss it but I get murdered by my own hero. It was delicious,” he chuckles.

“They were very generous, they flew us over to Hungary, I had hair extensions down to my waist and a wooden axe and I still got murdered!”

Cornwell’s original inspiration for his Saxon stories came “too long ago to remember” when he was studying Anglo Saxon literature at university.

“I thought it very odd the English have no idea where England came from. There’s this assumption there always was an England – which of course there wasn’t,” he says.

“I’m not sure why the Saxon period is so little known. When we’re taught history, it more or less begins at 1066.We know [Anglo Saxon king] Alfred was a very bad cake maker but not a lot more.

“For me it seems a bit silly to leave the Anglo Saxons out. I think it’s the influence of historians who assume 1066 was the starting point. If battles are turning points in history, then Hastings obviously was huge but so was Brunanburh and it’s very strange to me that Brunanburh has been so completely forgotten.

“So I thought that would be quite a nice story to write but that’s the big story and I didn’t have a little story. So the series goes a long way back.”

If the big story of his own biography is Cornwell’s huge literary success, the little story is his unconventional upbringing.

Like his hero Sharpe, Cornwell was born to an unmarried mother in London’s East End.

Dorothy Cornwell became pregnant in 1943 during a brief relationship with a Canadian airman.

But shortly after his birth in February 1944, Cornwell was adopted from his struggling mother by the Wiggins family.

“They belonged to a sect called The Peculiar People, to which I always add, ‘And they were’,” he says. “They were hardcore evangelical fundamentalists basically, believing every word in the King James version of the Bible. I didn’t like it and I’m sure it affected me, but I’m not very good at self-analysis so I never think about how. I remember my adoptive mother saying to me when I was about seven, ‘I wish we hadn’t adopted you’ and I found myself agreeing.”

He finally met his biological parents 17 years ago while lecturing in Toronto when a woman introduced herself as his cousin.

He subsequently met his father many times and later discovered his mother was a fan of his work.

Both are now dead but he was happy to have formed warm relationships with them.

Yes despite the happy ending, Cornwell’s upbringing, perhaps unsurprisingly, made him scathing about religion.

Despite his wife Judy’s Anglicanism, he remains “agnostic and probably an atheist” but admits to having softened in recent years.

As we chat, the wilder extremes of US social media are full of talk of a new post-election civil war and he is concerned about gun ownership in his adoptive country.

He does however admit to owning one gun himself – a replica Baker Rifle of the type famously carried by Sharpe that hangs on the wall of his office.

“It can’t be fired. I guess if a burglar came, he’d be scared but I hope I never have to try that out,” he smiles. “The Baker was the first practical military rifle and a very good weapon it was, too.”

He continues: “It disturbs me that there are idiots talking about civil war, but do all civilisations come to an end? Certainly nations lose their influence and power, though it’s very hard to see how America can lose its power considering its natural advantages.”

He believes the election is turning into a referendum on Donald Trump.

“I don’t think [Joe] Biden is a particularly good campaigner but I think he’ll win. And I think there’s going to be a God almighty mess afterwards with Trump saying there’s been electoral fraud – which there won’t be.

“Even in the debate he said he expected the election to go to the Supreme Court. I hope that doesn’t happen but, so far as there can be a fair election, I think the Democrats will win.

Trump talks about fake news but almost all the fake news is coming from his side – he is utterly appalling.”

As for his new book, how easy has it been to slip back into the world of Richard Sharpe and his friend Patrick Harper?

“I don’t think any book ever comes easily, I don’t know how many I’ve written, it’s very close to 60, but every time I start one I think, ‘Oh I can’t do this’, but you just keep buggering on I suppose.”

• War Lord by Bernard Cornwell (HarperCollins, £20) is out today. For free UK delivery, call Express Bookshop on 01872 562310 or order via www.expressbookshop.co.uk Delivery 10 to 14 days