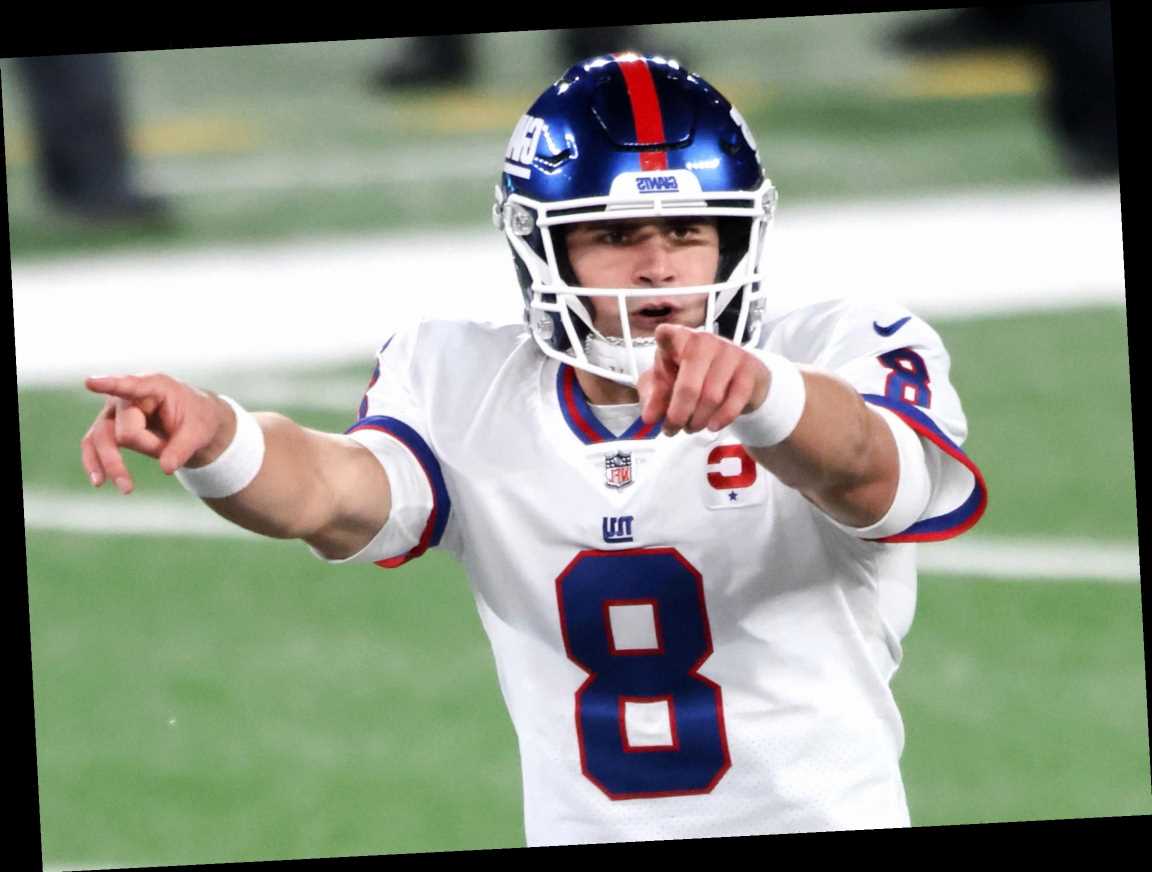 Giants on the brink after big gamble comes up short

Bill Belichick won't let Patriots go down like this: 'They will be back'

Everything Giants' Joe Judge preaches is about to be tested

Jones has endured a sophomore slump of sorts, and Giants fans straddling the fence on him desperately want to believe he is The Mann to carry the torch from Eli Manning, and barring a setback from his improving hamstring and calf injuries, he will get a chance to start to sway them back to his side if he plays his best game of the season Sunday in Baltimore against Lamar Jackson and the Ravens.

Because his best game of the season will be required here and now in what is a Week 16 playoff game to keep the season alive.

“My job is to earn it every day,” Jones said.

His job as The Quarterback of The Present is to save the season.

From Giants fans who have not celebrated a playoff berth since 2016 comes an S.O.S.

“At times, particularly earlier in the year, I felt like I was pressing to make a play when it wasn’t there and learning when it’s not there, when the best decision is to protect the ball,” Jones said.

A Giants loss and Washington or Eagles win and The Future Is No Longer Now for Jones and the Giants.

“That’s the biggest question that that organization has to ask itself over the next year.”

From ownership on down to Judge and to the players, the Giants believe in Daniel Jones.

“I think he’s demonstrated a level of toughness and leadership and knowledge on the field that gives us confidence to put him out there and build with Daniel,” Judge said. “This guy’s definitely earned my respect. I kinda made it very hard on him from the beginning in a lot of ways.

“And he hasn’t blinked.”

But at the end of a pandemic season during which he has been plagued lately with hamstring and ankle woes, stymied by an evolving offensive line, the absence of a No. 1 receiver and Saquon Barkley, and a second head coach and offensive coordinator, this is the perfect time for Jones to give the franchise and the fan base an unshakable reason to believe.

“My concern with Daniel Jones is he doesn’t look that much different from the player that came out of school … for a guy that’s very smart, there are a lot of moments when he doesn’t play smart,” Orlovsky said.

“So the question becomes: Is that ever gonna go away, is there proof that that’ll ever go away? Right now that answer is no,” Orlovsky said. “Is he talented enough, or does he make enough of those wow or splash plays to kind of — I don’t want to say overcome that — but makes you feel like that stuff is so good I can’t pass up on it? And then, has he shown the ability to play as smart as we know he is? ’Cause there’s moments where you go, ‘Dude, get off No. 1. Get to a different person.’ Daniel Jones can throw it really well at times, but then there are things that are really difficult to get past. And he hasn’t given me any indication that that’s gonna happen anytime soon.”

Jones passes some important tests that give the Giants hope: He is arguably the toughest player on the field, and they love his leadership and athleticism. But he threw 24 touchdown passes in 12 starts as a rookie; he has eight in 12 starts this season. He has run more (403-279 yards) this season and fumbled less (10, 5 lost vs. 18, 11 lost). He will need his legs again to be the best Daniel Jones he can be.

Asked about the Jason Garrett offense, Orlovsky said: “I thought they were understanding how much of an athletic threat he is and utilizing some of that stuff with the RPO game, or the zone-read game or the designed quarterback run game. I think Jason Garrett’s offense has been good. Jason Garrett’s not going to reinvent his offense. Jason Garrett came up in a style and a belief in a philosophy of football that’s grounded upon matchups and getting guys to win and playing really good fundamental football and making good decisions, so you’re not gonna see a ton of creativity out of him.”

And then it returns to Daniel Jones.

“You’ve gotta be willing to be aggressive with the football, try to take some shots at their secondary and then get that secondary to play a little bit timid and that’s when you get those completions underneath,” Orlovsky said. “And then hit those shots when they present themselves. There’s a way, they’re beatable.

If Daniel plays his best game of the season. He was listed as limited in practice. He can’t afford to be limited on Sunday. Quarterback of the Future can wait until tomorrow.