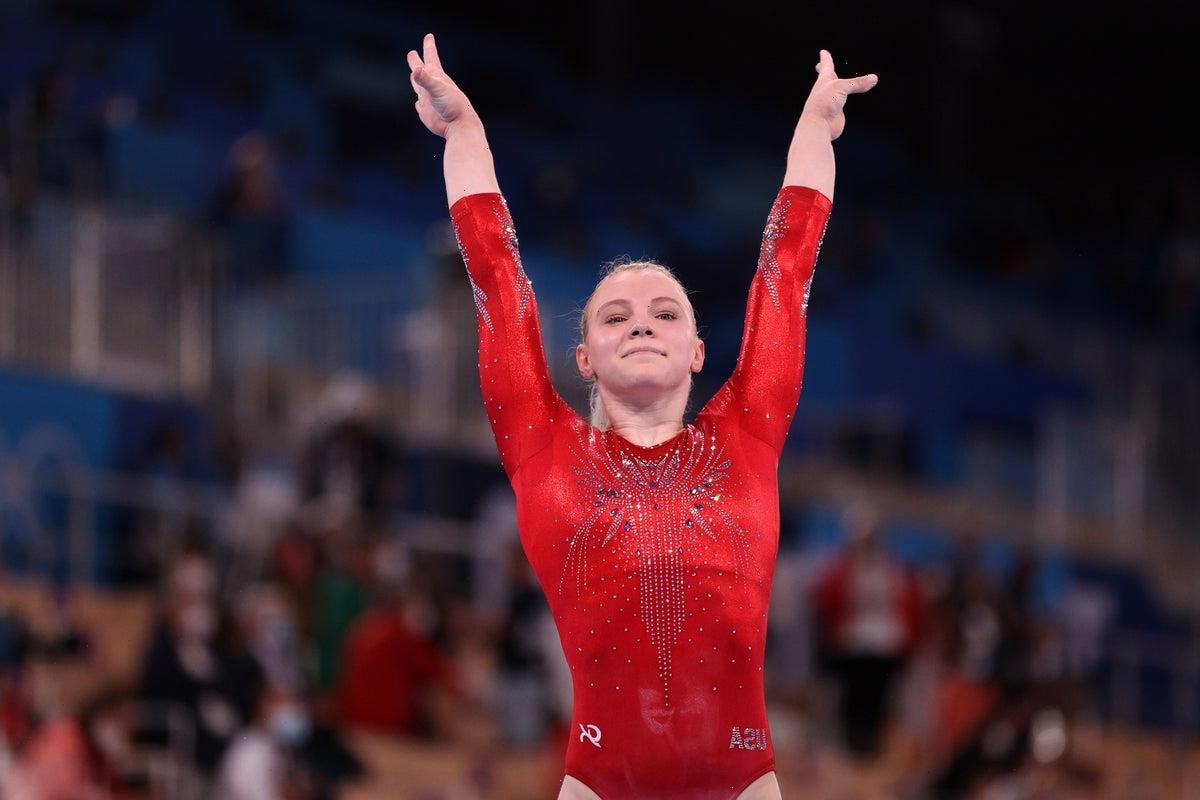 American gymnast Jade Carey is poised to take the opportunity of a lifetime as she steps in for Simone Biles on Team USA at the Tokyo Olympics this week.

The 21-year-old is a rising star in gymnastics, winning gold in the vault and floor competitions in the 2020 Melbourne World Cup and the 2019 Doha World Cup and Baku World Cup.

Her performance in Melbourne secured her a place at this year’s Games under new rules that allowed gymnasts to compete as individuals, rather than on their country’s official team.

But since her fellow gymnast and countrywoman Ms Biles has withdrawn from the competition for mental health reasons, Ms Carey is taking her place on Team USA.

A statement from USA Gymnastics confirmed: “Jade Carey, who had the ninth highest score in qualifications, will participate in [Ms Biles’] place in the all-around.”

She was the third-best American in the qualification round of the Olympics, finishing with a 56.265 in the all-around. She placed behind Ms Biles, who came first, and Sunisa Lee, who took third place.

The gymnast trains with her dad Brian Carey, who is also her coach, at the Arizona Sunrays gym in Phoenix, reports NBC New York.

“My parents owned a gym when I was born so I was always in the gym playing,” Carey told NBC Olympics. “My parents have been very influential. They were both gymnasts when they were kids and are both coaches now.”

Ms Carey was widely praised for honouring her commitment to compete as an individual at the Tokyo Olympics, instead of trying for a spot on the USA team. Had she gained one, it would have enabled her to compete in team events too, but would have meant the US were allowed send one less competitor overall.

Now, due to the circumstances of Ms Biles’ departure meaning a team spot has opened, she’s able to compete with Team USA after all.

The statement from USA Gymnastics said that Ms Biles would be evaluated daily to decide whether she would be able to participate in the individual event finals next week.