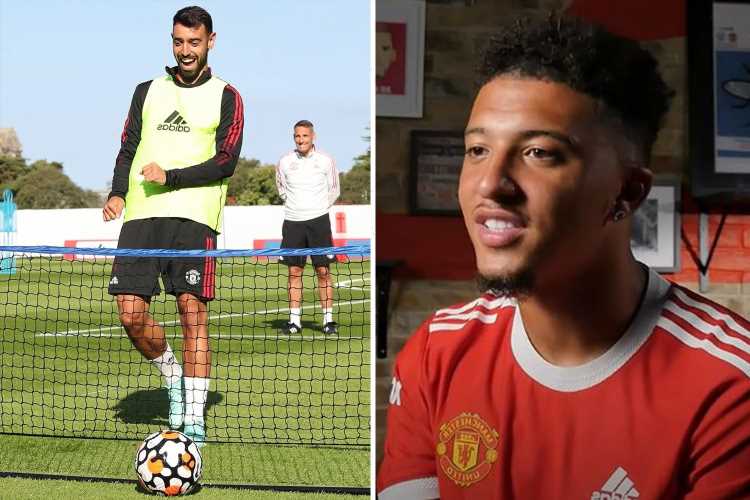 JADON SANCHO revealed to an excited Rio Ferdinand that he and Bruno Fernandes are linking up well in training and how he's 'buzzing' for Manchester United's opening day clash with Leeds.

Ferdinand, 42, smiled and said 'that's what I like to hear' as Sancho told of his and Fernandes' relationship on the training pitch since the 21-year-old's £73million move to Old Trafford. 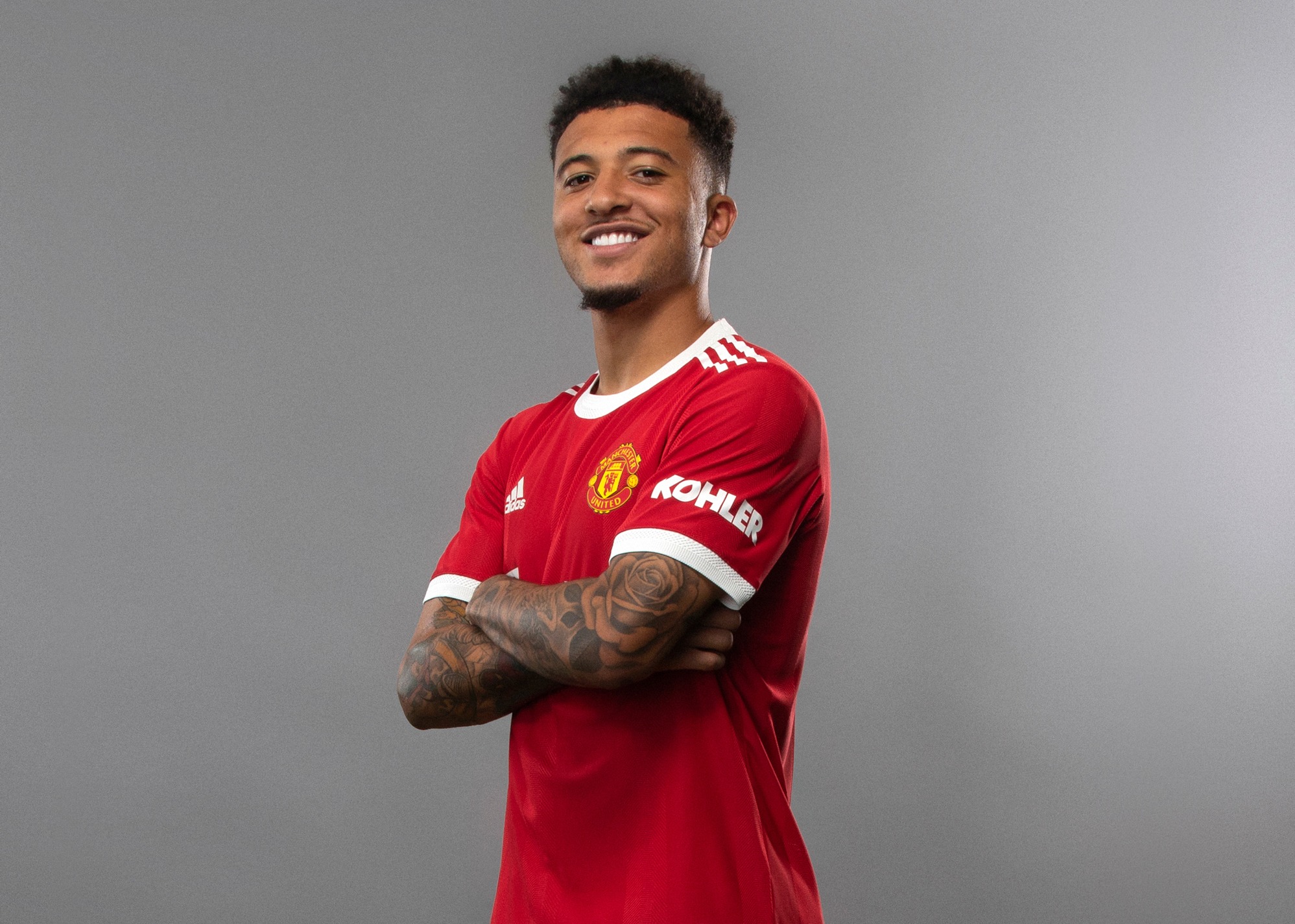 Manchester United fans are yet to catch a glimpse of their new signing in action, as the young winger only returned to training this week following his exploits with England at the Euros.

But fans could witness their star signing lighting up the Theatre of Dreams in their opening Premier League fixture against rivals Leeds on Saturday, with Sancho reportedly in line to start.

When asked by Ferdinand what the fans can expect from him at United, Sancho responded: "Goals, assists, a bit of flair. I'm definitely eager to win."

The youngster also revealed that he spoke to new teammates Luke Shaw, Harry Maguire and Marcus Rashford about signing for United whilst away with England.

He said: "I think it's a great squad, and speaking to Luke and H [Maguire] and Marcus while I was away at the Euros, they were telling me that it's a great bunch of lads."

I love winning, it's my mentality

Sancho also spoke about watching United play last season ahead of his potential move, adding: "I watched some of the games last season and the attack is very good. To be a part of that now is going to be kind of crazy.

"I seen what Bruno was doing, I seen what Marcus was doing, Greenwood and Cavani. To add more goals and assists to that is going to be exciting."

The former England defender also pressed Sancho on his roots growing up in South London and how that's influenced his style of playing. He said: "I think that's why a lot of the kids are so excited about you [Sancho] coming.

"You're one of the few players in football now who's kind of brought that 'street football' to the stadiums."

I had a lot of doubters and one of my main things was to prove the doubters wrong. I'm happy I've done that.

With the star's preferred number 7 already taken by Edinson Cavani, Sancho will have to settle for the number 25 in his debut season at United, which has previously been occupied by Odion Ighalo and Antonio Valencia.

Sancho registered 38 goals and 51 assists in just 104 appearances for Dortmund in the Bundesliga and will hope to continue this fine form in the Premier League this season.

Meanwhile, United's long-awaited announcement confirming the £43m signing of France defender Raphael Varane is still up in the air following his exit from Real Madrid.

Speaking about the delayed announcement last week, United boss Solskjaer said: "The med with Raphael has to be done. He is isolating at the moment and had to wait for visas. 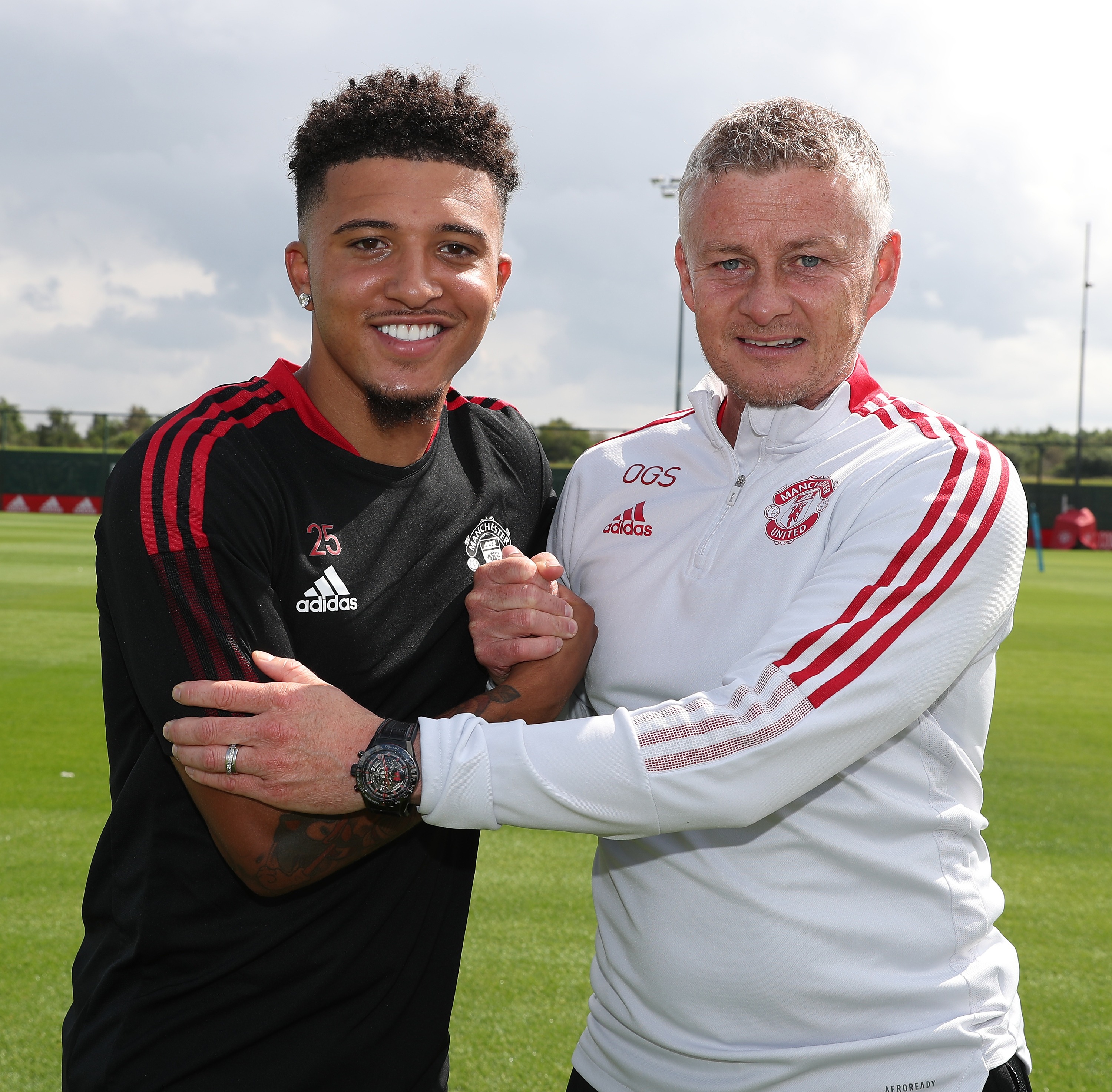 Varane reportedly completed his medical this week following his isolation and is due to be announced as a new United player imminently, but it may prove too late for him to be involved against Leeds on Saturday.

The centre-back may instead have to wait until next Sunday to make his debut, when United travel to St. Mary's to take on Southampton.

Solskjaer will hope his side can mount a serious title challenge this season and compete with the likes of Chelsea and Man City, who have also spent heavily on recruitment this summer.