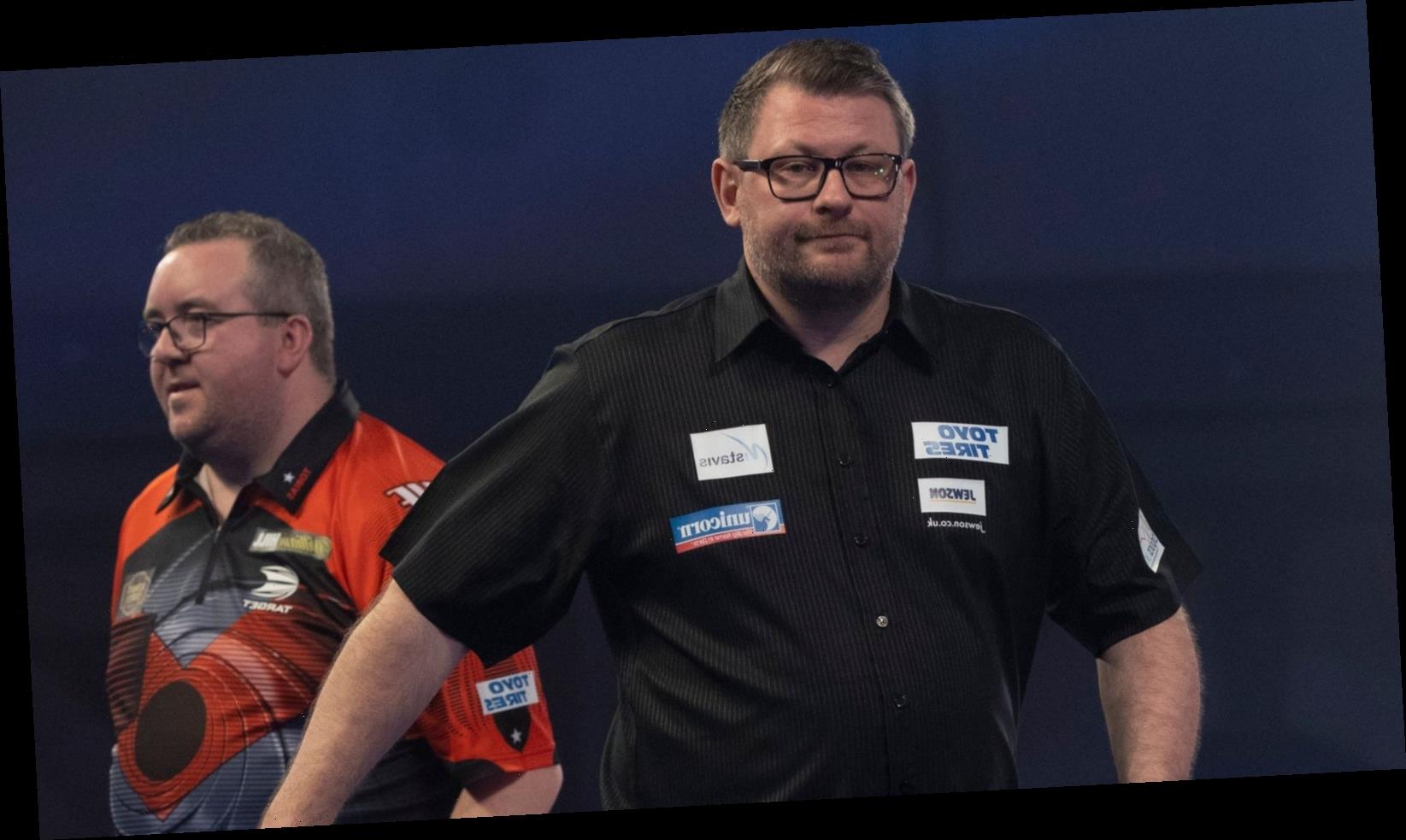 James Wade landed the first nine-dart finish at the World Darts Championship for five years, only to crash out against former Lakeside world champion Stephen Bunting on a dramatic afternoon at Alexandra Palace.

Wade posted his lowest average at the World Championship since 2014 as he relinquished a two-set lead, although he landed his third televised nine-darter midway through proceedings – the first at Alexandra Palace since January 2016.

Wade has enjoyed a glittering career, but the World Championship title has thus far proven elusive – with three semi-finals his best return in the sport’s showpiece event.

He was tipped by many to challenge for the Sid Waddell Trophy after making finals at the European Championship and Grand Slam of Darts over recent months, only to become the sixth top-10 player to exit the tournament.

This contest was touted as Wade’s combination finishing against Bunting’s power-scoring and that’s how it transpired in the early exchanges, with Wade punishing profligacy from ‘The Bullet’ to establish a commanding cushion.

Bunting rallied from 2-0 down in the opening set to force a decider in which he had the advantage of throw, but he was left to rue squandering two set darts, as Wade capitalised with a two-dart 62 kill to strike first.

The second set followed a similar pattern. Bunting produced a delightful 121 combination to salvage the set, although he was unable to exploit the left hander’s inconsistency in the scoring department, with Wade converting an eye-catching tops-tops finish to double his lead. 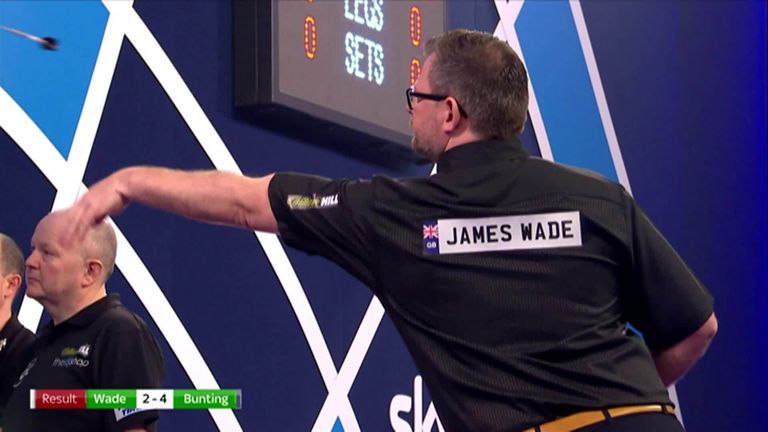 Bunting fought back in his opening-round win over Andy Boulton and he displayed similar fortitude against the nine-time major winner, wrapping up set three with a 14-darter to reduce the arrears, before ‘The Machine’ completely malfunctioned in the fourth.

The former BDO world champion was dominating the scoring stakes, reeling off three consecutive legs in 13, 13 and 15 darts to restore parity at two apiece, with Wade posting a paltry set average of 66.

Bunting struck first in set five to lead for the first time in the contest, only for Wade to respond in spectacular fashion – following up back-to-back 180’s with the magical 141 finish to land the tenth nine-dart finish in PDC World Championship history.

Wade was formerly nicknamed ‘Double 009’ due to his proclivity in the nine-dart stakes, although he’s largely been on the receiving end of perfection, with seven televised nine-darters landed against him – more than any other player.

Nevertheless, the nine-dart heroics failed to galvanise the world No 7 and Bunting remained undeterred, closing out a hard-fought fifth set to move to the cusp of the fourth round.

Wade had the advantage of throw in set six, yet after the pair traded four straight holds of throw, the trebles evaded Wade at a crucial juncture and ‘The Bullet’ cashed in, firing in a 14-darter to complete the comeback, which sets up a last 16 showdown against Ryan Searle.

You won’t miss a dart thanks to the dedicated Sky Sports Darts channel all the way until January 4 with every session from the World Darts Championship, including the final on Sunday, January 3. Check out daily Darts news on skysports.com/darts, our app for mobile devices and our Twitter account @skysportsdarts