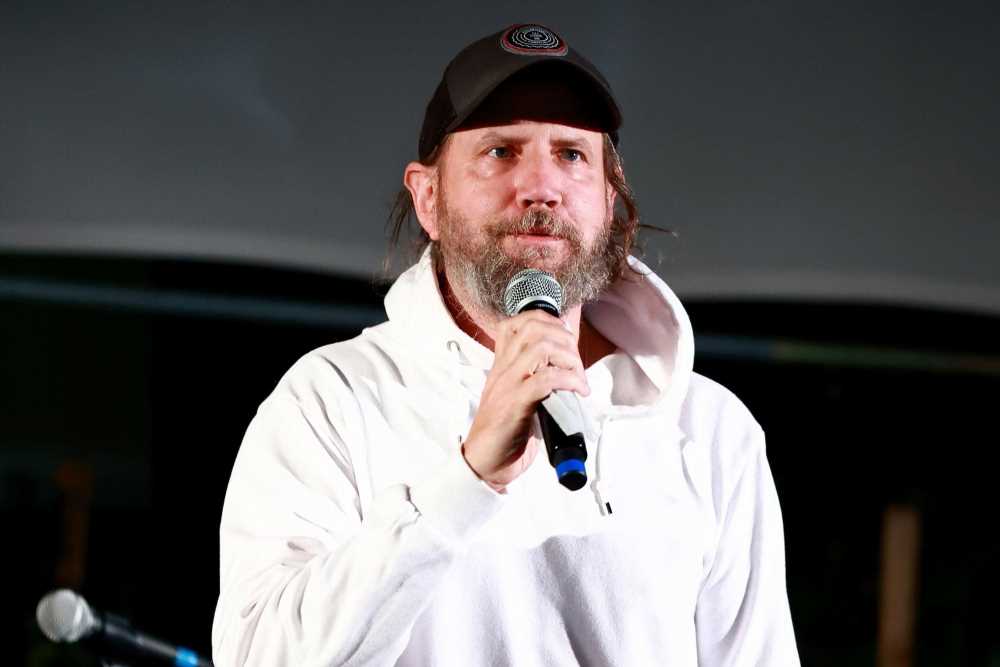 Jamie Kennedy stars as abortion rights advocate Larry Lader in “Roe v. Wade” and says making the movie has taught him to respect women and all they have to go through.

“For a woman, [abortion] has to be the most, hardest decision in a woman’s life,” the 50-year-old actor told The Post. “But it should be hard for a man as well. It’s a two-party thing but at the end of the day, the woman has to carry that to fruition.”

Shot three years ago in New Orleans, the film was originally titled “1973,” focusing on the 1973 US Supreme Court decision that granted a woman’s right to abortion. Nick Loeb serves as the movie’s co-writer and co-director and also plays the lead role of Dr. Nathanson.

Loeb, 45, was involved in his own legal proceedings and, until recently, was locked in a heated battle with former fiancée Sofia Vergara over frozen embryos since 2013. The pair had two embryos frozen from IVF treatments but split the following year in 2014. Loeb had sought custody of the embryos to bring them to term but ultimately lost in a final blow earlier this month when Vergara, 48, was granted a permanent injunction barring Loeb from bringing the embryos to term without Vergara’s “explicit written consent.”

Loeb later said that “the judge was clearly influenced by Hollywood, which is a pattern I expose in my upcoming film ‘Roe v. Wade.’ “

Kennedy said controversy is what drew him to the project.

“I knew this was gonna be a very controversial subject, but I think that when you make a movie or make a TV show, you should make it about something and obviously this is a hot button topic. I believe that that’s why you make movies, to talk about things,” Kennedy said.

The “Scream” actor had plenty to say, too, namely about safe sex.

“No one’s talking about responsible sex enough,” he said. “When you have sex, just be real. It’s already a risky proposition and I’m all about it, but just try to be prepared and if that decision comes, talk about how you wanna figure it out.”

“I have tons of respect for women, but it’s also for men too,” he added. “You should come into the situation very prepared, don’t put anything on the women … have a condom. Talk about all the ways to prevent the situation with birth control. If people don’t wanna do that, try to practice safe sex.”

Admitting that the mood on set was sometimes intense, the “Last Call” actor says there was one benefit that he did enjoy: New Orleans cuisine.

“It was definitely a benefit to eat whatever I wanted for the film from my character,” he said. “I was asked if I was wearing prosthetics. My reply was I was wearing gumbo. I was eating beignets every night, I definitely enjoyed New Orleans as I always do.”

Kennedy said he ended up staying an extra week in Louisiana “and just vegged out,” something he typically does after making a movie.

“It takes me about a week to detach from this character because you’re in it every day five days a week, but after filming, I definitely have to lean out of it,” he said.

He’s also not too bent out of shape about his physique.

“I allow myself to be whatever I have to be for my job,” Kennedy said. “So if I have to look fatter or less attractive, so be it. If I got to get fitter and do a workout, that’s what I will do to get there. That’s our job as an actor, we have to be a blank piece of paper.”

“Roe v. Wade” is out on Amazon Prime, iTunes & video on demand.