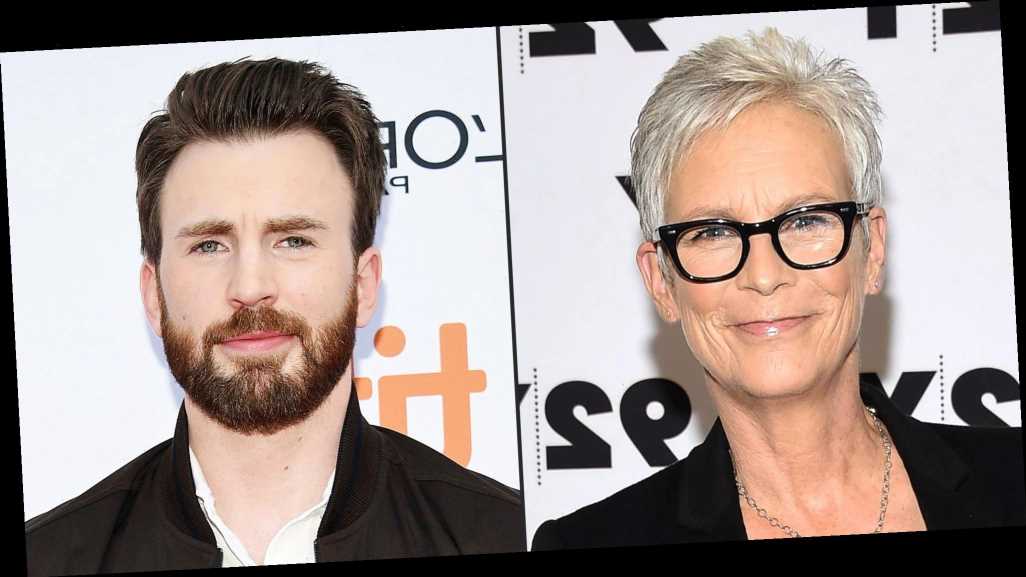 Jamie Lee Curtis has a theory! The actress speculated that her Knives Out costar Chris Evans purposely leaked his own nude photo to catch the attention of his Instagram followers.

“My question is this: He’s so smart and such an unbelievably beautiful human being. I’m wondering if it was even planned,” Curtis, 61, said on The Kelly Clarkson Show on Monday, October 12, while scratching her chin. “You know what I mean?”

The Halloween star, who told Kelly Clarkson that she was “sweating” just thinking about the picture, went on to poke fun at another Knives Out cast member, Don Johnson.

“I could’ve made some sort of joke and said [Chris] took after his movie father, Don Johnson,” she quipped. “‘Cause I’m really, really close friends with Melanie Griffith. She’s one of my best friends and has been forever, and she was married to him twice.”

Evans, 39, made headlines on September 12 after he posted and quickly deleted a video on his Instagram Story of himself and a few friends playing the game Heads Up! The clip, which was a screen recording, then cut to his camera roll, which included a black-and-white close-up photo of his penis.

Two days later, the Hollywood hunk addressed the mishap for the first time, tweeting, “Now that I have your attention …. VOTE Nov 3rd!!!”

Curtis responded to his tweet at the time, “My boy! Proud of him. Got MY attention!” Hilarie Burton called Evans’ blunder a “power move,” while his Avengers costar Mark Ruffalo tweeted, “Bro, while [Donald] Trump is in office there is NOTHING you could possibly do to embarrass yourself. See… solving lining.”

Evans later admitted that he had “an interesting weekend full of lessons learned [and] a lot of teachable moments,” saying on the Tamron Hall Show on September 15, “Things happen. It’s embarrassing, but you’ve gotta roll with the punches. I will say, I have fantastic fans who came to my support. That was really nice.”

The Captain America star was most recently linked to Lily James and previously dated actresses including Jenny Slate, Jessica Biel and Minka Kelly. A source exclusively told Us Weekly in January that he has tried to “be more private with his love life” in recent years while “dating different women” and “having fun.”