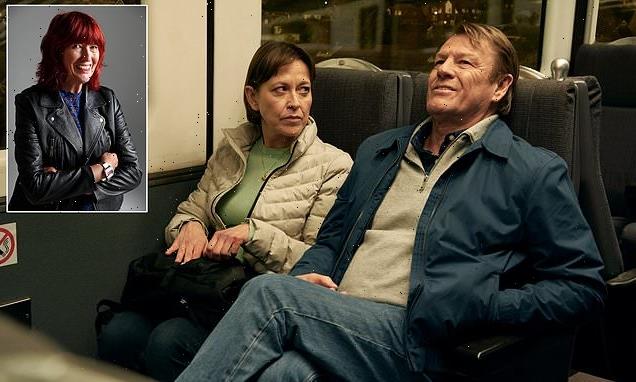 JANET STREET-PORTER: ‘Marriage’ has dragged the BBC’s dreary dramas to a depressing new low: I don’t pay my licence fee to watch (5 times married) Sean Bean mope about in his underpants drinking milk from a carton

Do we need a television series to remind us how dreary living with the same person for 27 years can be? Even if the leading man is Sean Bean, an actor who’s been married even more times than me.

In real life, the list of Mr Bean’s weddings and subsequent divorces sums up the life of someone with a remarkably short attention span. The Game of Thrones star has been married to Debra, Melanie, Abigail, Georgina and is currently ‘very happy’ with wife number five, Ashley.

As an actor, Bean has excelled at playing macho men like Tom Sharpe and Boromir in Lord of the Rings, winning accolades and millions of female fans with his Yorkshire accent and chunky good looks.

Now, he’s opted for a complete re-brand, a career re-boot portraying an ordinary, boring chap with bad underwear, just like so many of the blokes his female fans are sharing a home with. Previously he was a secret crush, now he’s the bloke you’d avoid bumping into at the corner store.

In Marriage, the new BBC drama, he plays a crushed no-hoper, married to the same woman for decades. We see him moping about in his underpants, drinking milk from the carton, living in a dreary house, married to a wife (Nicola Walker) fast losing her patience. 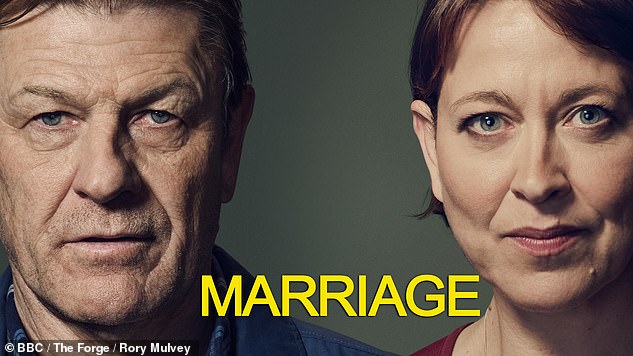 Marriage has been criticised by some viewers for a slow pace, despite rave reviews from critics

Boring as bats*** or TV bliss?

Marriage explores the relationship between Emma, a legal secretary, and Ian who is unemployed and reduced to picking up litter. To fans – and some critics- it is utterly compelling. To others- like me- this interminable rendition of lower middle-class life in suburbia is as riveting as watching the dog wee.

Fans say it is wonderful to see real life portrayed on screen, not some ‘syrupy b******s’, but the rows, the silences, and the tears at the grave of their dead child.

Critics have described the show as ‘like watching paint dry’ and say they felt like they were being ‘forced to do work experience at Relate…without the free biscuits.

Written by Stephan Golaszewski, the show has been lauded for showing a suburban house WITHOUT AN ENSUITE BATHROOM- as if that is a substitute for entertainment or a plot that draws the viewer in and makes you want more.

We’re two episodes in, and Sean has been giving interviews defending his new persona. He reveals: ‘I am bored of watching a lot of programmes, especially ones about detectives….I hate detective novels’. 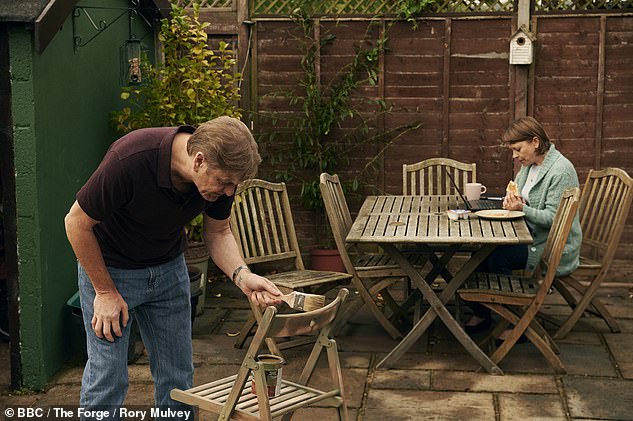 Slow pace: In the drama which airs on Sunday nights Nicola Walker and Sean Bean (pictured) look at the pitfalls of a long relationship between characters Emma and Ian

Sadly for Sean, it’s well documented that huge numbers of female viewers adore crime dramas and detective stories. He seems to forget that earlier in his career he was happy to appear in Inspector Morse and the Bill. And his co-star Nicola Walker is never off our screens as a cop: previously starring as the lead detective in the popular ITV series Unforgotten, playing DS Stevie Stephenson in BBC’s River and Assistant Commissioner Sharon Franklin in Channel 4’s Babylon.

Do we really need a television series about the tedium of suburban life? We’ve been through Covid, endured house arrest for months, and now – if we haven’t managed to get on a flight out of the country for some fun – there’s a chance to spend hour after hour watching a couple of our finest actors playing out the sheer dreariness of their married life in the sacred Sunday night prime time slot.

Once, Sunday evenings were a time to settle down in front of the telly and gorge on the costumes, the insanely snobby dialogue and the downstairs tittle tattle in Downton. Poldark might have overstayed it’s welcome, but Aiden Turner certainly brightened up my life.

The ratings for Bridgerton, even re-runs of Downton- sum up one what most viewers want. Costumes, cops, plots, sex and violence. The most popular series on the BBCi player currently is Peaky Blinders- which delivers the lot. 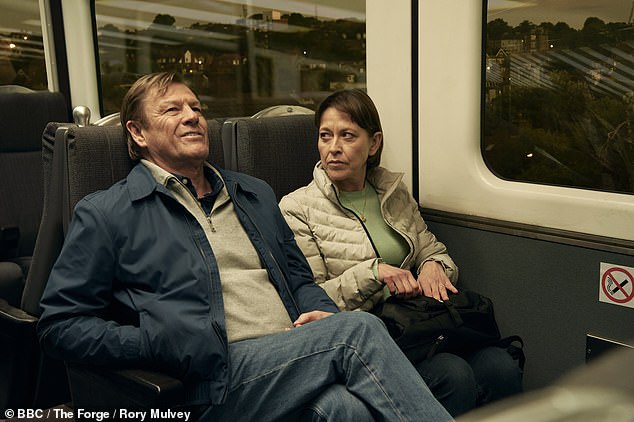 TV bosses should realise that millions of viewers have opted to stay at home this summer- relying on television for a spot of escapism, sex and excitement. Instead, we’ve got Cricket, athletics, repeats, endless documentaries about spies during the Cold War, women in prison, and the opening of a new custody centre (prison in old parlance) in Grimsby.

BBC1’s hit series Shetland might have returned but has all the thrust and excitement of a clapped-out Reliant Robin, with leading man DI Perez (Doug Henshall) reduced to cooking a candlelit supper for a potential love interest when he can’t find a missing boy.

There’s one reason why I expect Marriage – the series – to be a flop: no one wants to be reminded just how humdrum their lives are. 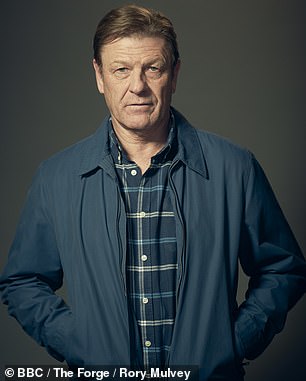 While many viewers praised Sean for being a good actor otherwise, some claimed he was ‘mumbling’ throughout the episode and they couldn’t understand him

The institution of marriage has never been less popular – and there’s a good reason. Living with the same person year in and year out can drive you around the bend. No wonder so many women are keeping their options open, marrying later or not at all. And older women no longer feel ashamed to opt for divorce when the kids have left and they are free to live the live they want- no longer a slave to everyone else in the marital home.

We’re constantly told (by so-called experts) that for any relationship to survive there has to be give and take. But I don’t want to waste an hour watching television to be reminded of all the flash points that mark out any marriage that’s struggling.

I could list them all without the help of expensive stars like Sean and Nicola, plodding away as his long-suffering wife.

In the opening scenes, they bicker over why she bought him chips at the airport café instead of the baked potato he asked for and it soon escalates into an all-too-familiar row on the airplane.

I don’t pay the BBC £159 to see gorgeous actors droning on about the price of a sachet of tomato ketchup.

If I want that level of inconsequential dialogue, the Archers on Radio 4 supplies it in spades week in and week out.

The other week, the soap’s eldest resident, Peggy, was bowing out with a gripping conversation about the design of a stained-glass window in the local church for a pair of new-born twins. That is positively Shakespearean compared to the mind-numbing banalities spouted by Ian and Emma.

When it comes to picking a fight over the most trivial aspects of day to day living, I raise my hand, guilty as charged.

I can start a row over anything, from the way to put toast in the toaster to how to operate the tumble drier.

It’s my way, or the wrong way.

But I don’t expect to see this turned into a pretentious hour of telly – unless I’m played by Maggie Smith or Ian McKellen!