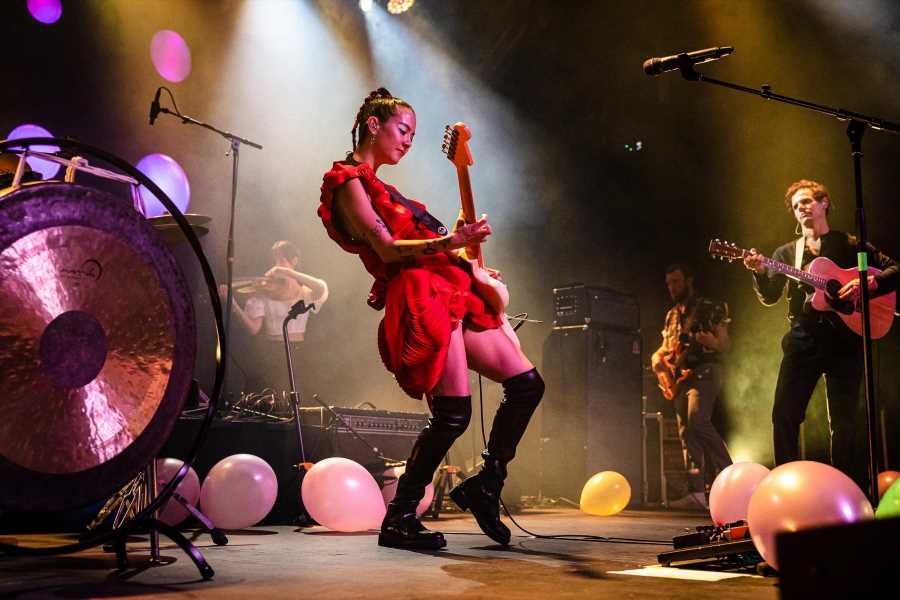 Michelle Zauner had a very good year in 2021, releasing Jubilee, her third album as Japanese Breakfast, to rave reviews in June — just a few weeks after Crying in H Mart, her heartrendingly beautiful memoir of grief, became a bestseller. “I just try to do my best in both mediums,” she told Rolling Stone‘s Angie Martoccio this summer. “I try not to think about any of the validation I’ve received, and just focus on what I like and doing to the best of my ability.”

Japanese Breakfast returned to the road this fall after a long pandemic break, and in October, Zauner led the band through four sold-out shows at New York’s Brooklyn Steel. They were stunning performances that outdid even the abundant melodic joys of Jubilee, and they felt like an apt celebration of everything she’s done this year. Here are our photographs from backstage, onstage, and in the crowd.