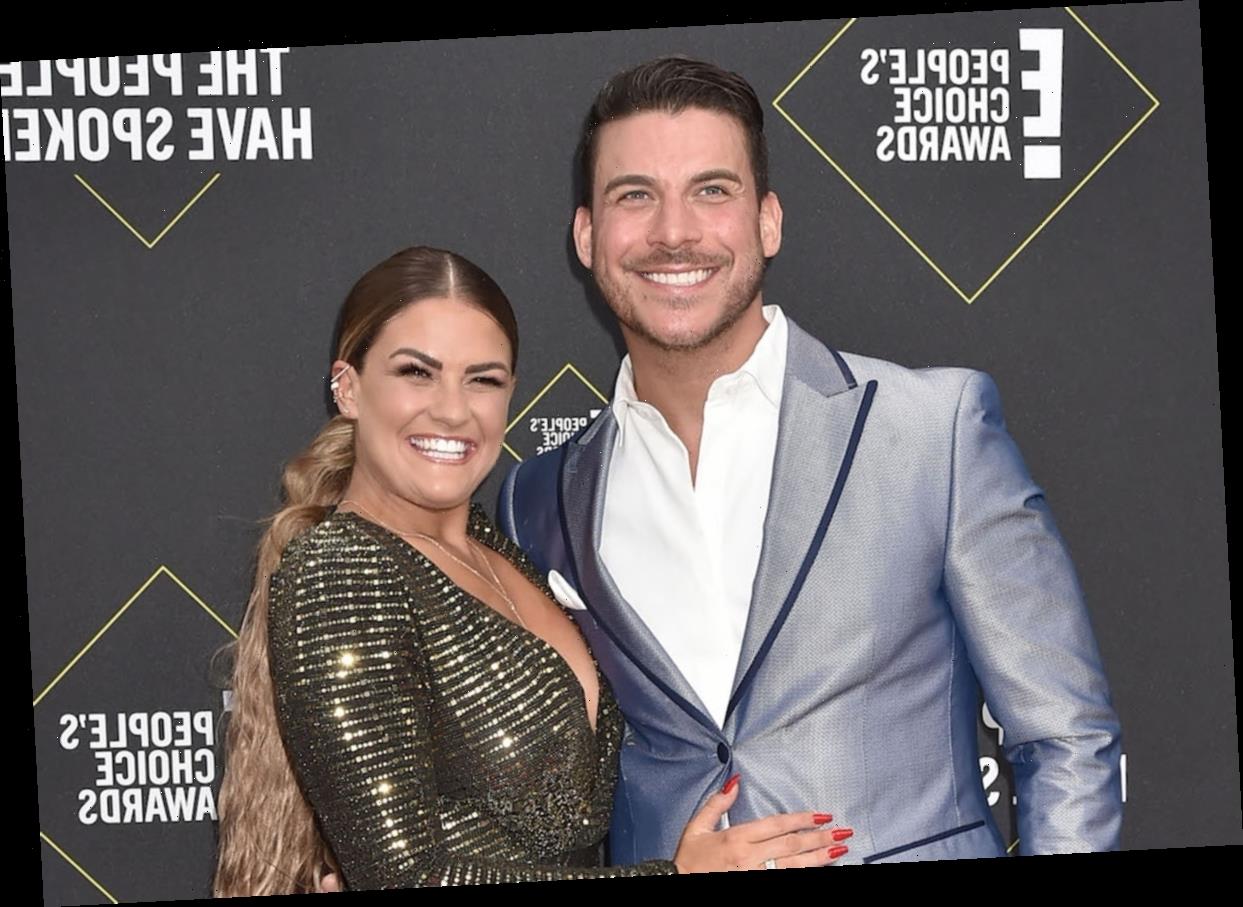 The Vanderpump Rules stars are expecting their first child together.

Oh my gourd: Vanderpump Rules stars Jax Taylor and Brittany Cartwright announced their pregnancy on Monday, Sept. 21, with matching autumn-appropriate Instagram posts. The couple, who wed in June 2019, revealed that they’re expecting their first child together, sharing photos of themselves sitting on a set of stairs decorated with an array of orange, white, and yellow gourds and pumpkins. Brittany is all smiles as she cradles her stomach and holds up her sonogram.

“Mom & Dad,” Brittany captioned her post. “The love of our lives is coming soon.” Jax, meanwhile, wrote, “Sooooo……..I am gonna be Dad.” The couple’s excitement extended onto their Instagram Stories, too, where Brittany shared a selfie that showcased her already-growing belly. Jax shared his own Stories of the sonogram clipped on the refrigerator, as well as bandanas for the couple’s dogs that read “soon to be big brother” and “soon to be big sister.”

Brittany, who is 11 weeks into her pregnancy, told People on Monday that the baby is due in April 2021. (The two don’t know the baby’s sex yet, but will host a gender reveal this weekend.) “We had been trying for around five months and we just can’t wait to grow our family,” she said. “I had the ovulation sticks and all the apps… we were ready to go.” When she found out she was pregnant, Brittany said, “I cried, I laughed, we were just so happy! Then I took three more tests and cried some more."

Jax, who lost his father to cancer in 2017, also voiced his excitement. “I am really excited to be a father. My dad was my hero,” he told the publication. “I can’t wait to go to games, dance recitals, and school functions.” He added, “My dad was always there for me in every way, so I am just gonna follow his playbook, say a few prayers and hopefully God willing, everything will fall into place like it did for me."

Brittany and Jax met in 2015, in between Seasons 3 and 4 of Bravo’s Vanderpump Rules. Their relationship weathered some storms due to Jax’s past infidelities, but the two ultimately got engaged in 2018. They tied the knot last June in a ceremony officiated by former *NSYNC member Lance Bass, and celebrated their one-year anniversary this summer.