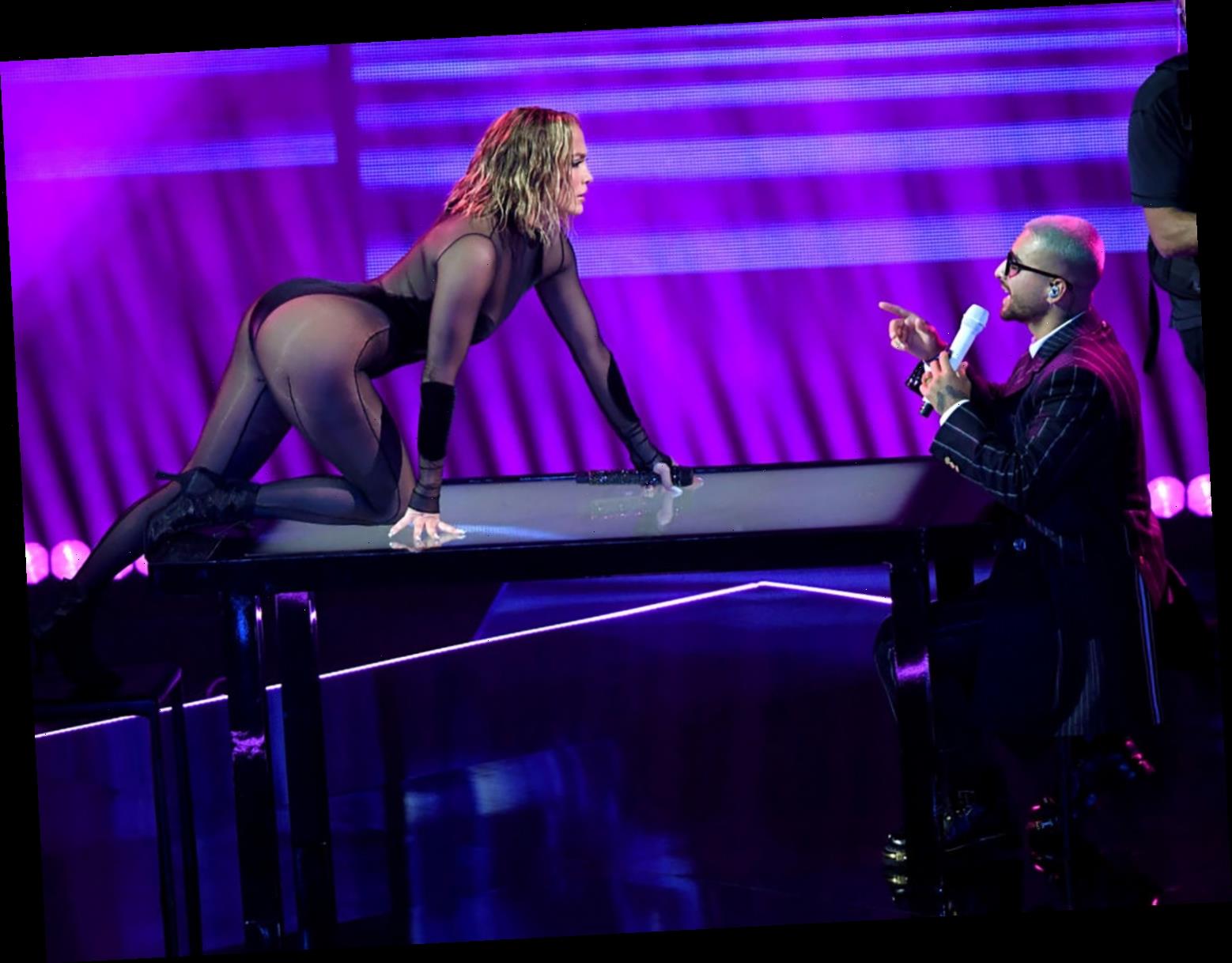 Maluma joined queen Jennifer Lopez for a sexy performance of their pair of hits "Pa' Ti" and "Lonely" at the 2020 American Music Awards.

Lopez, 51, started the performance with soft vocals as a bright light hit her face while she wore a sexy outfit and shoulder-length hair for "Pa' Ti." Maluma, 26, then hit the stage separately wearing a pinstripe suit and glasses as he started "Lonely."

The stars teamed up for a series of sexy moments as they sang at a lit-up table. The duo sang the track as they locked eyes and nearly kissed. After Lopez climbed onto the table, Maluma laid on top of her before the "Jenny From The Block" singer pushed him off for a fiery dance break to end the show.

"See you tonight at the AMA’S," wrote Maluma along with a closeup of his watches and several photos before he and Lopez hit the stage.

Check out PEOPLE's full AMAs coverage to get the latest news on one of music's biggest nights.

Lopez last hit the stage to perform "Limitless" in 2018. Before then, the star opened the 2015 show — which she hosted — with a dance melody of the year's biggest hits.

Lopez has taken home three AMAs before — she won in the favorite Latin artist category in 2007 and 2011. She also took home the AMA for favorite pop/rock female artist in 2003. Maluma has never been nominated.

The duo debuted two music videos for the Marry Me tracks in late September.

"I see everything like one song," Maluma said, promising a performance of the songs with Lopez when things are safe after the coronavirus pandemic during a virtual afterparty. "We're going to sing the two songs like one."

"I'm excited too because this is like the first time people are getting to see Kat and Bastian, our characters from Marry Me, which is the movie that we have coming out in February, where we play a musical couple," Lopez said. "It's exciting. It's like the Marry Me era has started with these two songs."

Maluma and Lopez debuted the track on TikTok and initiated a dance challenge, which Alex Rodriguez and his daughter Natasha joined! The American Music Awards are broadcasting live from The Microsoft Theatre in Los Angeles from 8 to 11 p.m. on ABC.