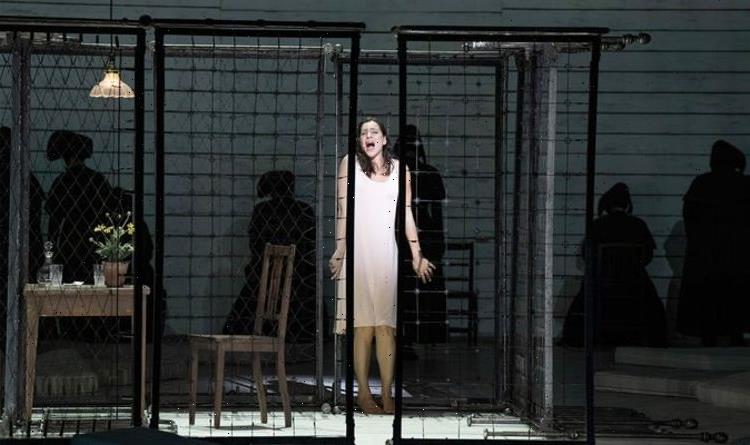 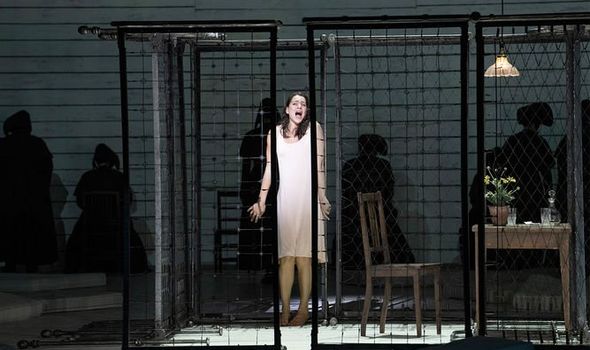 Jenufa has become pregnant by Steva, who is a bit of a wastrel and a drunk, but stands to inherit the mill when his grandmother dies. However, Jenufa’s stepmother, the Kostelnicka (churchwarden) disapproves of Steva’s debauchery and says that he cannot marry Jenufa until he has abstained from alcohol for a year.

In the meantime, to hide Jenufa’s pregnancy, she hides her in their house while telling everyone that she has gone to Vienna.

When the baby is born, the Kostelnicka tells Steva what has happened and suggests that he marry her and they look after the child together.

Unfortunately, however, he has just become engaged to the mayor’s daughter and he refuses.

In order to preserve tranquillity and the reputations of all concerned, she drugs her step-daughter and takes the baby outside into the snow and kills it.

When Jenufa wakes up, she is told that she was in a delirious sleep and the baby died.

I told you it was a horror story.

Jenufa then agrees to marry Steva’s brother, Laca, but during the ceremony, some villagers discover the dead baby frozen under the ice, which is not the sort of thing you want during a wedding ceremony.

This may seem an unremittingly bleak tale for an opera, but Janacek’s music, gloriously played by the orchestra of the Royal Opera House under the Hungarian conductor Henrik Nanasi, is astonishingly powerful and turns the grim story into a magnificent musical experience.

The whole opera is dominated by the two main characters, Jenufa herself and the Kostelnicka, who are beautifully cast in this production.

Lithuanian soprano Asmik Grigorian both sings and acts the title role perfectly, conveying in voice and action the real anguish that Jenufa suffers throughout the story.

The Finnish soprano Karita Mattila, however, was even more impressive in the role of the Kostelnicka, delivering both the sternness of character and misery at the decisions she feels she must take. This part is by far the most complex and best-written of the opera and Mattila brings it out perfectly.

Of the lesser parts, both Sveta (strongly sung by Albanian tenor Saimir Pirgu) and Laca (Scottish tenor Nicky Spence) performed excellently, but compared with the dominant roles of the two sopranos, they are relegated to being supporting acts.

The music and the performance cannot be faulted but sadly I felt the same could not be said of German director Klaus Guth’s contribution.

The storyline is very powerful and emotive but this production introduced several unnecessary features that just distracted rather than emphasized the grimness.

Designing the home Jenufa was hidden away in as some sort of cage was, I thought, rather overdoing the symbolism, as was the appearance of a large raven on the roof, pacing to and fro and looking in on the action.

I suppose this symbolised evil or death or something similar, and the raven costume was magnificent, but again it did not more than obliquely emphasize the obvious.

Equally, having women members of the chorus strangely dress in some sort of nuns’ attire while climbing the walls also did no more than distract.

Most bewildering of all, however, was the appearance, walking slowly across the stage, of a blood-stained boy when the baby was only a few days old. I suppose this symbolised someone’s idea of the future, or even the raven’s thoughts, but it added nothing other than confusion.

A great opera with beautiful performances, but the production is far too heavy.