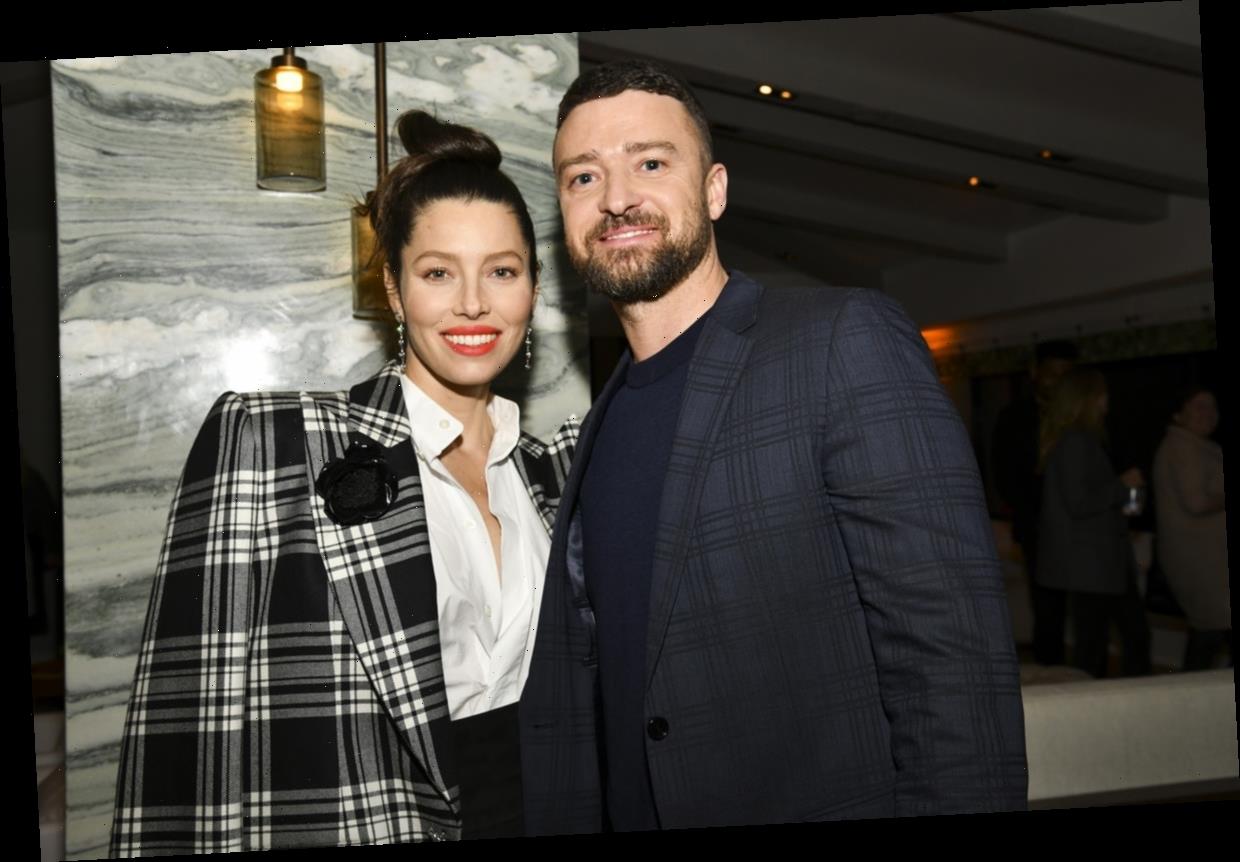 Choosing my favorite Hollywood couple is impossible, but Jessica Biel and Justin Timberlake are definitely strong contenders. These two have been going strong for over 13 years now, and they only seem to fall more in love by the day. Of course, no partnership is perfect, and when you’re together for 13 years, it’s inevitable that you’re going to hit a few bumps in the road. While Jessica Biel and Justin Timberlake’s relationship history largely sounds like a fairytale, the duo has dealt with their fair share of drama, but they’ve seemingly come out the other side stronger and closer than ever.

In April 2018, Biel told Elite Daily that there wasn’t a specific moment when she realized Timberlake was "the one." Instead, it was "an accumulation of so many things that [they] experienced together" that made her realize she’d found her person for life. "He just started to check off all these boxes: funny, kind, compassionate, loving, and driven," she said. "You know, you start to see somebody in the full scheme of a human and you go, ‘Oh, wow, they’re not missing anything here.’" My heart! Let’s revisit their whole romantic love story from the very beginning, shall we? 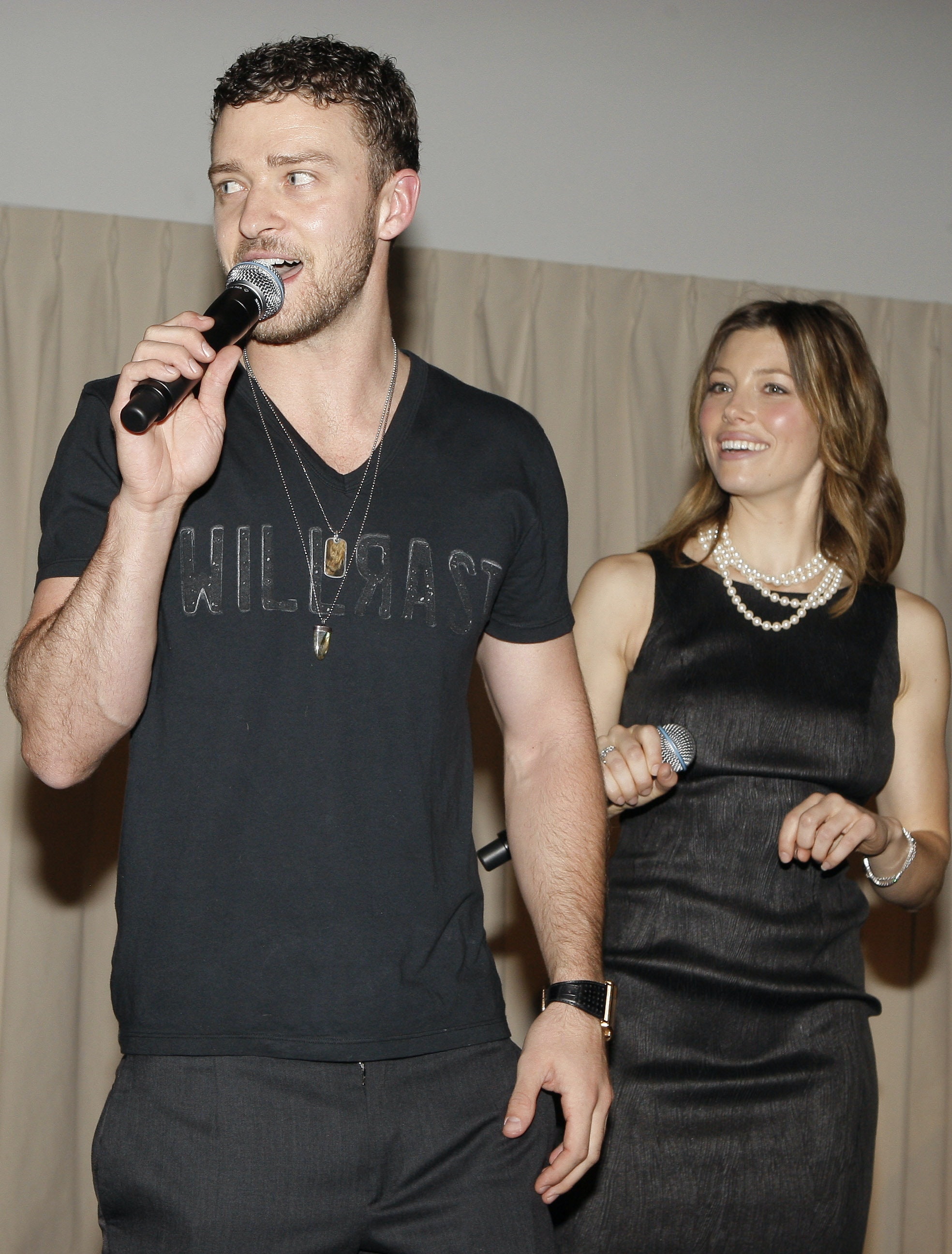 During a Nov. 2019 interview with GQ, Biel said that she and Timberlake "technically met" and spoke for the first time at a birthday party Timberlake threw for one of his friends in early 2007. Timberlake revealed to the Hollywood Foreign Press in 2012 that, after the party, he told his friend to ask Biel if he could call her. Once Biel said yes, Timberlake hit her up and asked over the phone if she wanted to go on a date.

"I had to be pretty persistent in order to get her to say yes," Timberlake said. "But I have a fair amount of tenacity and if I want something I stick to it. And in the end, she agreed." By the end of Jan. 2007, People reported that the two were "hanging out" and "having fun," though a source said that Timberlake was "in no way looking to be in a relationship." Just about four months later, The Daily Mail photographed the new couple engaging in some PDA after Biel joined Timberlake in Manchester on the UK leg of his tour. "They’re both doing everything they can to keep their relationship low-profile, but when they’re among friends they can hardly keep their hands off each other," a source reportedly told The Mirror.

Biel admitted to Parade in July 2007 that being followed by the paparazzi during the early stages of their relationship was a challenge. "It’s definitely difficult and sort of bizarre to deal with," she said. "You do really have to just get into a place where you feel Zen about it."

They Made Their Red Carpet Debut In May 2009 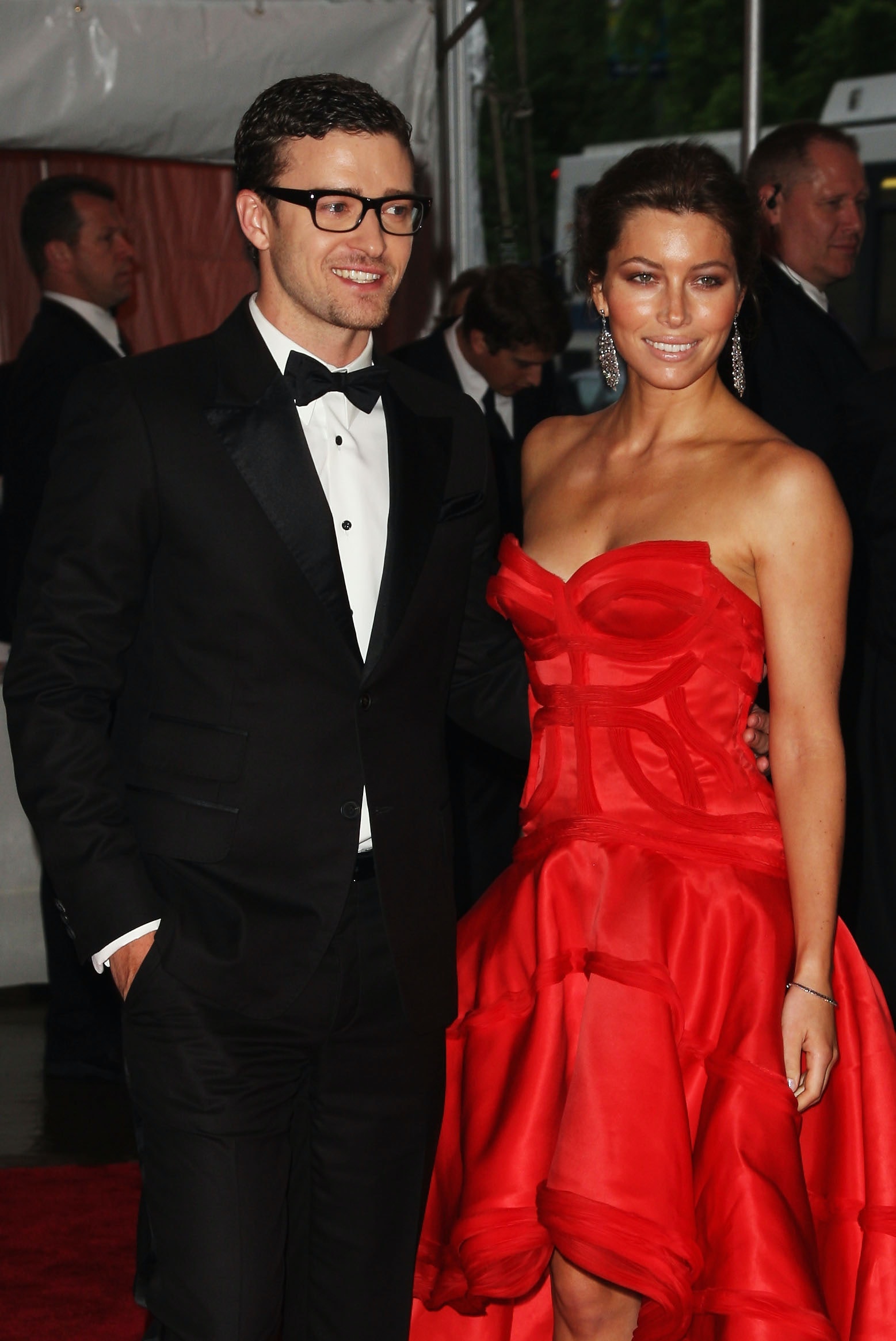 It took over two years of dating, but in May 2009, Biel and Timberlake finally stepped out on the red carpet as a couple at the 2009 Met Gala.

A few months later, breakup rumors started circulating, and a source told People the two were reportedly going through a rough patch. "Things have been a bit up in the air recently," says the source. "They’ve been spending more time apart – more time with each of their friends, and they’ve been reevaluating [their relationship]." 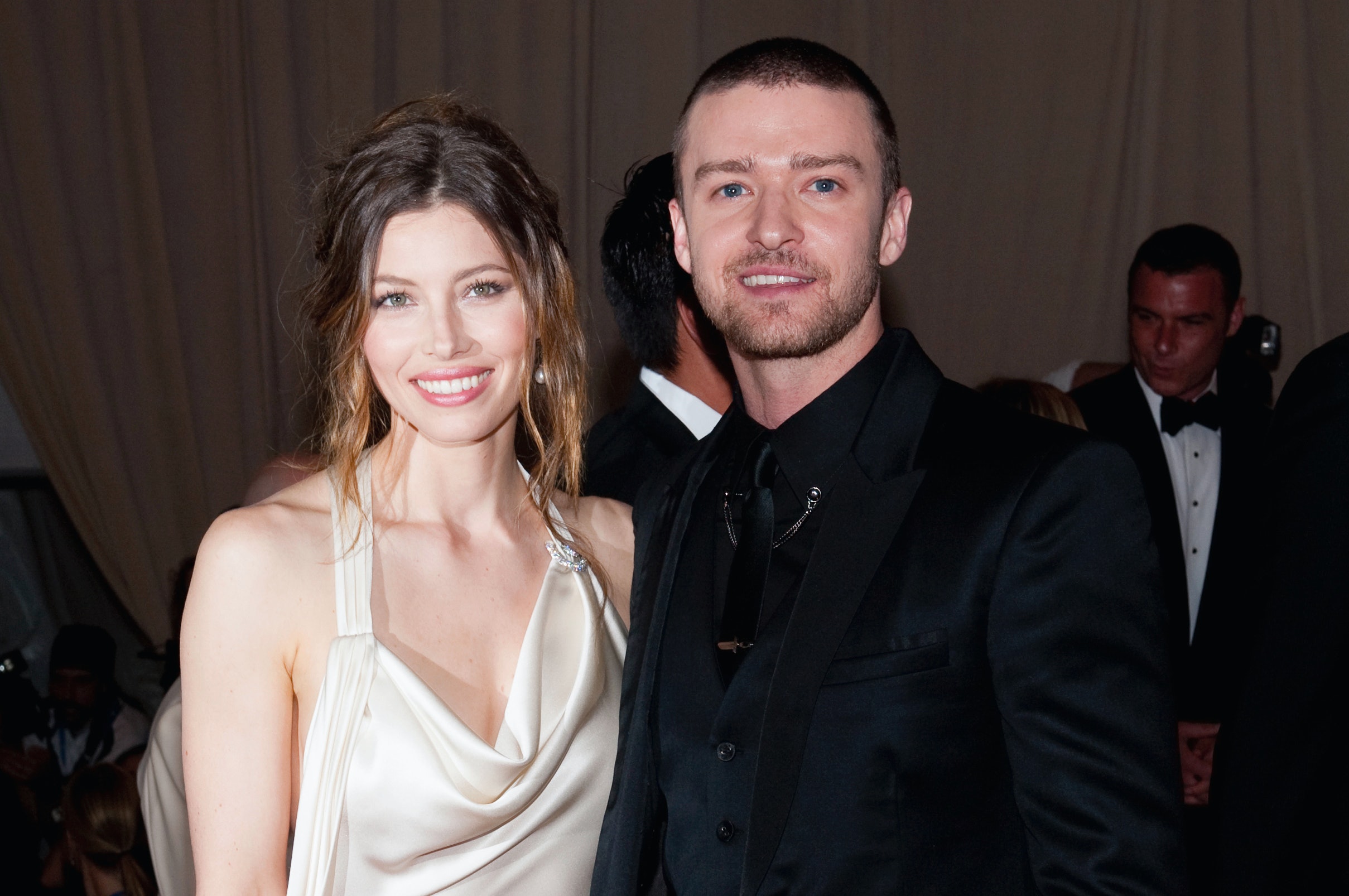 After more than four years together, Biel and Timberlake called it quits, and their reps released a statement to People explaining the split. "Addressing the media speculation regarding Jessica Biel and Justin Timberlake’s relationship, we are confirming that they mutually have decided to part ways," the statement read. "The two remain friends and continue to hold the highest level of love and respect for each other."

The split certainly seemed amicable, as the two had nothing but good things to say about each other following the breakup. In June 2011, Timberlake even called Biel the "most significant person" in his life during an interview with Vanity Fair. "In my 30 years, she is the most special person, OK? I don’t want to say much more, because I have to protect things that are dear to me — for instance, her," he said.

They Reportedly Got Back Together In July 2011 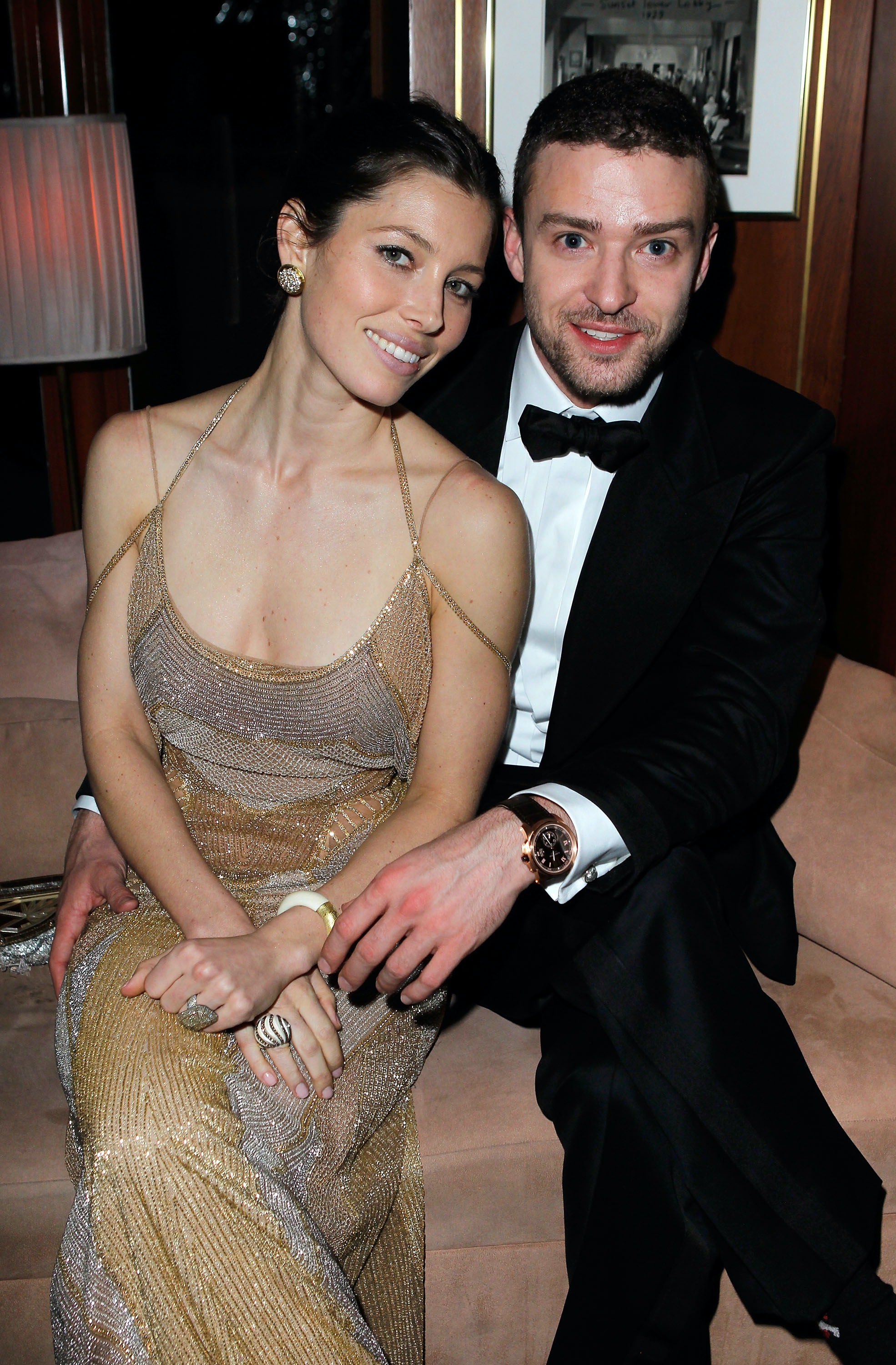 Their breakup was luckily short-lived. In July 2011, Us Weekly snapped photos of the exes eating tacos together, and a month later, E! News reported that Biel and Timberlake were spotted riding bikes. A source told Us Weekly that the couple was "quietly seeing each other again," though neither Biel nor Timberlake commented on their relationship status. When asked whether she and Timberlake were back together during a Nov. 2011 interview with Elle, Biel played it coy, saying, "A girl doesn’t kiss and tell."

They Got Engaged In December 2011 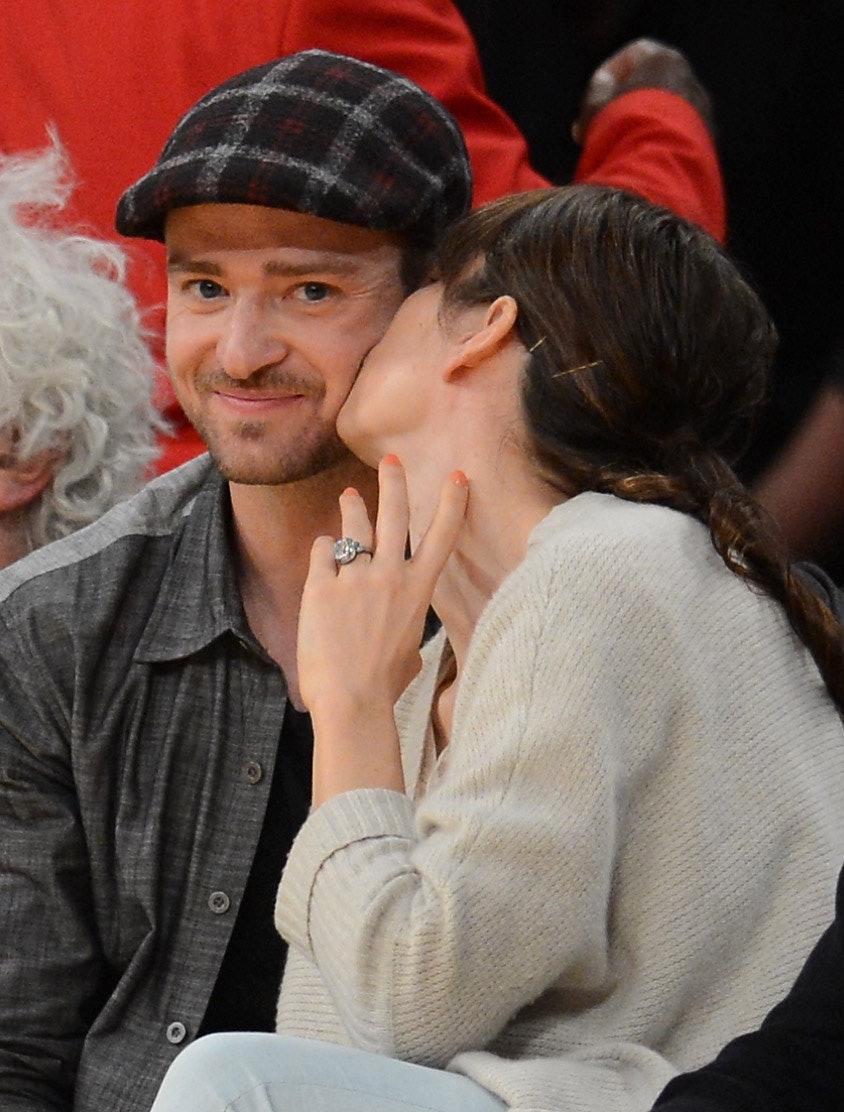 Clearly the two had reconciled, because in Dec. 2011, Timberlake proposed to his long-time partner during a trip to Montana. During a Feb. 2018 interview with Apple Music, Timberlake revealed how the big moment went down. "I had the ring on my pinkie and I was like, ‘Look at the shadows over there on the mountains,’" he explained, "and she was like, ‘Oh yeah, that’s beautiful,’ and I was like, ‘Do you see it?’" And that’s when he finally revealed the sparkler on his pinkie.

Following the proposal, Biel admitted to the Associated Press that she’d never imagined herself getting married, but the engagement had been "wonderful." She added, "It’s actually not anything I ever really thought was going to happen to me or that I really wanted. And when it happened it just seemed… it just was right."

They Married In October 2012 Less than a year after getting engaged, Biel and Timberlake tied the knot in an intimate ceremony in the Italian countryside. Biel wore a now-iconic pink dress, and Timberlake sang as his bride came down the aisle. "It was an original piece I wrote specifically for the evening and for her," Timberlake later told People magazine.

They Welcomed Their Son In April 2015

Thank you EVERYONE for the Bday wishes! This year, I'm getting the GREATEST GIFT EVER. CAN'T WAIT. #BoyOrGirl #YouNeverKnow #WeDontEvenKnow #WeAreTakingBets

On his 34th birthday in Jan. 2015, Timberlake took to Instagram to announce that he and his wife were expecting their first child. "Thank you EVERYONE for the Bday wishes!" he wrote. "This year, I’m getting the GREATEST GIFT EVER. CAN’T WAIT."

On April 11, 2015, Biel and Timberlake welcomed Silas Randall into the world. According to People, Silas was the middle name of Timberlake’s maternal grandfather, Bill Bomar, who passed away in 2012, while Randall is Timberlake’s own middle name, as well as his father’s first name. 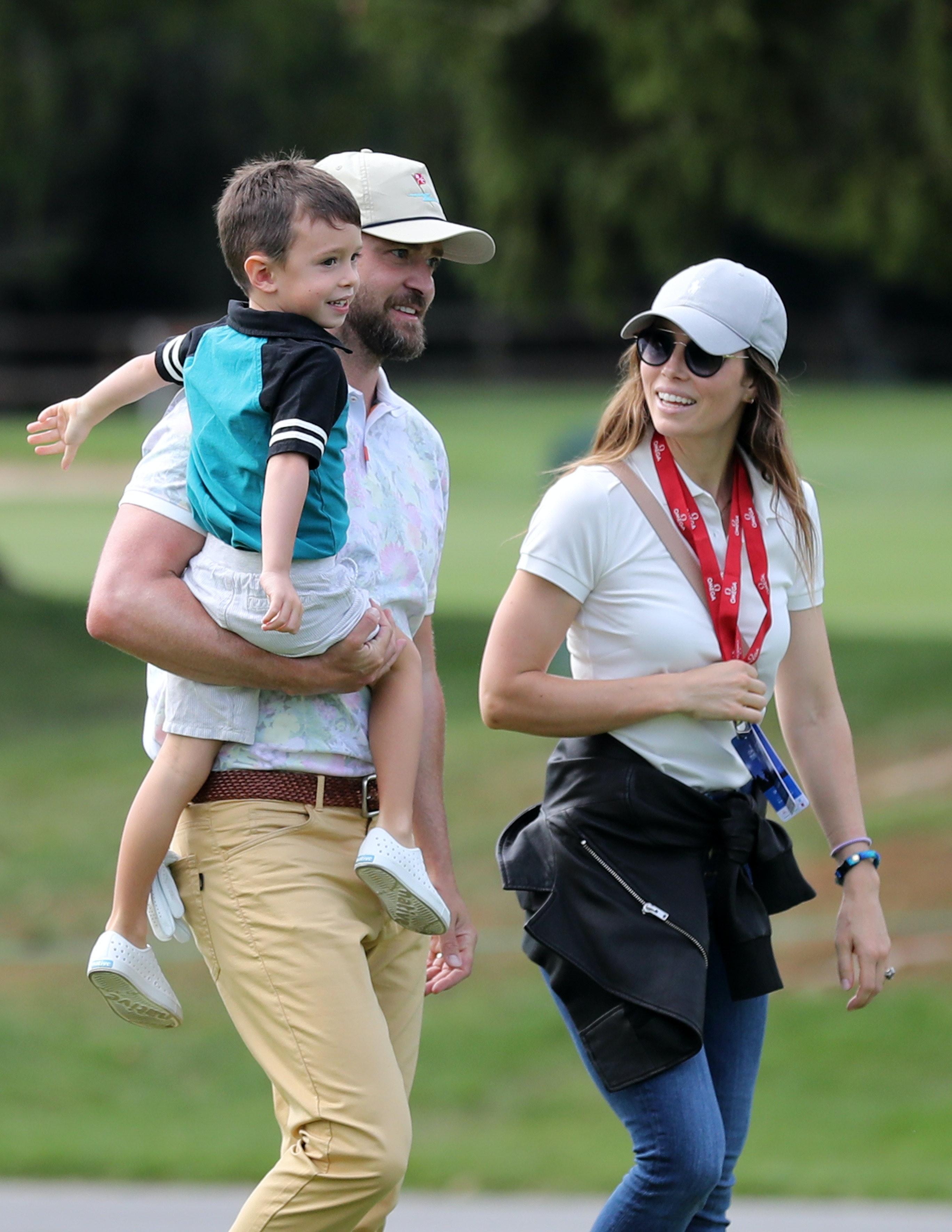 In late Nov. 2019, just a month after breaking the internet with their hilarious Halloween couples costume, Timberlake was supposedly spotted holding hands with his Palmer costar Alisha Wainwright at a bar in New Orleans. Onlookers reportedly told The Sun that the costars had been getting handsy all night, but a source for People later claimed that the seemingly flirty interaction was "completely innocent" and that Biel would "stand by" her husband. (Elite Daily previously reached out to reps for both Timberlake and Biel for comment but did not hear back.)

In December, Timberlake broke his silence and issued an apology on Instagram. "A few weeks ago I displayed a strong lapse in judgment — but let me be clear — nothing happened between me and my costar," he wrote, later adding, "I apologize to my amazing wife and family for putting them through such an embarrassing situation, and I am focused on being the best husband and father I can be."

They Celebrated Biel’s Birthday In March 2020

Celebrating my birthday in style… and by that I mean, in pajamas. I made Justin PROMISE not to sing Happy Birthday to me, so he improvised. Sorry you can’t hear it, but I’m still laughing ?. Thank you, you wonderful human, for really listening to me, and for throwing my kinda party. And thank YOU ALL for the birthday wishes. Feeling the love.

In early March 2020, photos obtained by The Daily Mail showed Biel out and about without her wedding ring, which made fans worry that — despite Biel’s birthday post for Timberlake and Timberlake’s Valentine’s Day post for Biel — the couple’s marriage was rocky.

However, just a few days later, those rumors were seemingly put to rest when Biel and Timberlake celebrated Biel’s 38th birthday. The birthday girl posted a heartfelt thanks to her hubby on Instagram, sharing that Timberlake had thrown her a pajama party in honor of her big day. "Thank you, you wonderful human, for really listening to me, and for throwing my kinda party," she said.

Timberlake posted an Insta tribute to his wife in return, sharing a series of cute throwback and calling her the "LOVE of my life."

The best things in life aren’t supposed to be easy, and Biel and Timberlake are living proof that the best relationships take work. Here’s hoping that the family of three spends many more years making memories (and epic Halloween costumes) together.