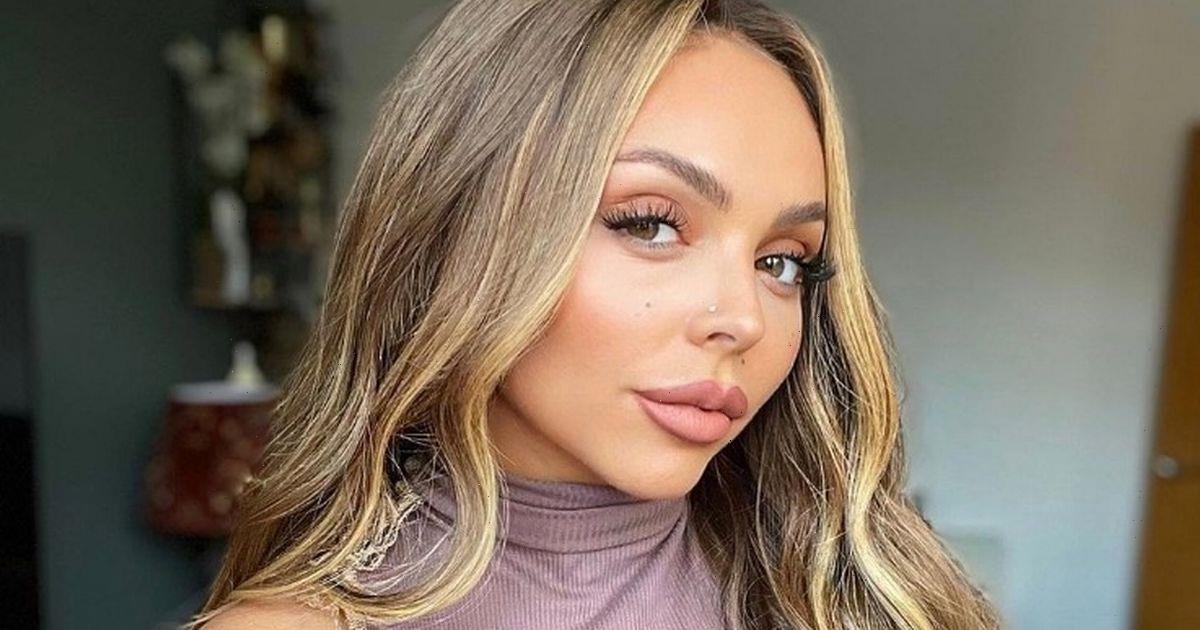 Former Little Mix babe Jesy Nelson shared a teasing video to her fans on Monday as she uploaded a short clip of herself wearing a mini dress on set of a photoshoot.

In the behind scene vid posted on Instagram, Jesy can be seen wearing a short white t-shirt dress which showcased her incredibly long legs that she accompanied with a black puffer jacket.

To add to the trendy look, the star added a pair of black chunky boots.

Wearing her auburn tresses in a voluptuously curled style, Jesy, 29, perched on a stall, as she stared seductively down the lens of the camera while her gorgeous locks flowed subtly in the breeze.

Fans of the singer loved exactly what they saw and rushed to the comment section to share their love.

But many of the singer’s supporters speculated whether this was the start of something more in the popstar’s career.

One fan commented: "Is it for your album [love heart emoji]?"

While another exited fan exclaimed: "I am so excited for whatever this is for."

A fourth supporter wrote: "Please tell me it’s for a song."

Jesy has been keeping her fans guessing with what her next move will be since departing ways from Little Mix.

According to reports, the brunette beauty has been recording new material for her solo project and last month the star hit headlines for being "at centre of £2m bidding war between record labels".

Speaking to The Sun regarding the matter, a source said: "Jesy’s tracks have got the music industry in a spin and she has big-money offers on the table from a few key record labels all desperate to sign her.

"It’s an exciting time for Jesy as she’s in a great place and has loved being creative in the studio.

"If all goes to plan, she’ll have music out this year and will have some sure-fire hits. The world is her oyster."

Meanwhile Little Mix have continued to release new material without their former member and unleashed the new video for their single Confetti last week.

Speaking on the radio show Capital Breakfast last month Little Mix singer Jade Thirwall said: "I think, you know, if someone’s heart isn’t in it anymore and they don’t wanna do it, we’re never gonna force each other to do something we don’t wanna do.

"We supported that decision and it was very strange, thinking about doing this as a three."