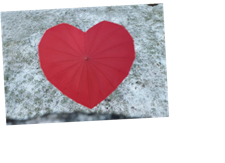 JOHN Lewis fans have been left gutted after the heart-shaped umbrella in its new Christmas 2020 advert sold out an hour after it was released.

The retailer had been selling the cute red umbrella for £25 on its website following the release of its advert. 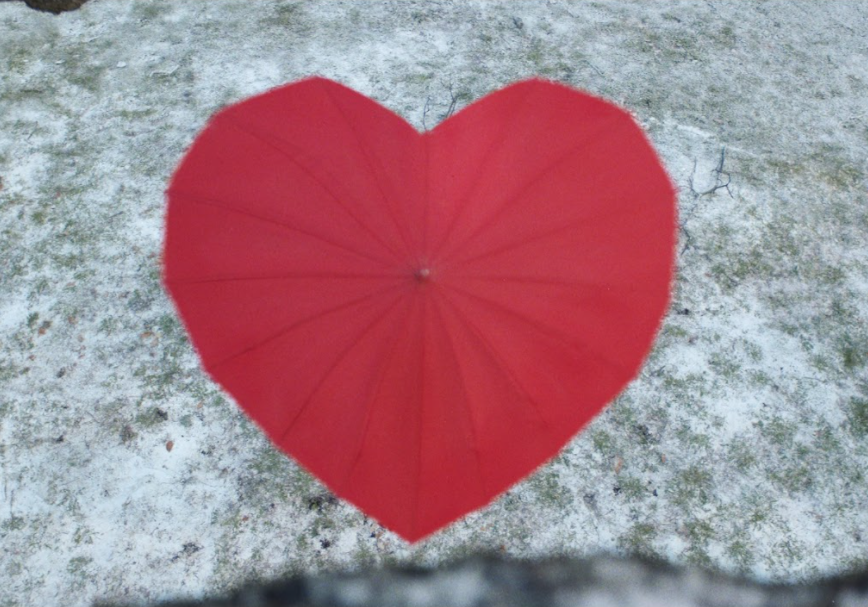 The 2020 advert, which is a joint release with sister retailer Waitrose, celebrates acts of kindness and encourages Brits to “give a little love”.

The umbrella is seen in the first scene, where a little girl wearing specs uses it to help a boy get his football down from the tree.

But fans hoping to get their hands on one were left disappointed after it sold out online.

Several of the t-shirts and pyjamas have also sold out. 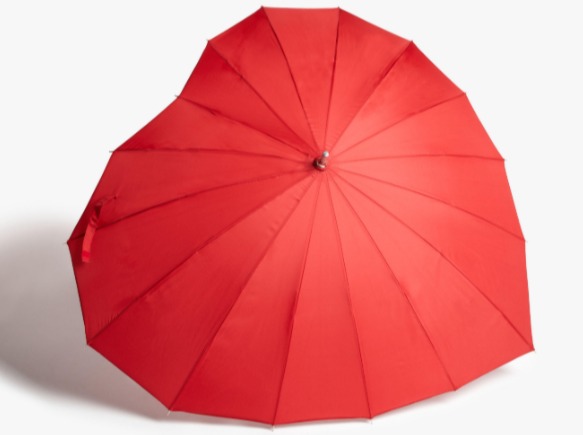 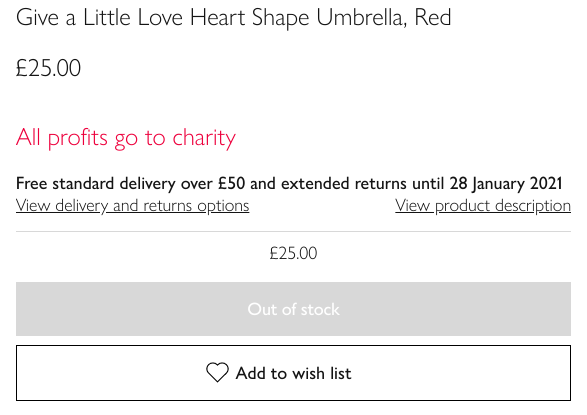 Complaining on Twitter, one person said: "Love the advert! But is the heart shaped umbrella really out of stock already?!"

Another said: "The umbrella has already sold out!"

A third added: "Is the heart umbrella sold out already?"

Luckily, John Lewis told The Sun that they should be getting more stock of the umbrella. We'll update this article when we know when this will be.

This year’s ad is a little different to previous releases and is made up of nine different scenes, with each one focusing on an act of kindness.

Each clip is also made from a different art form – including live action, CGI and animation – with the scenes being tied together by a heart emblem which is passed from scene to scene. 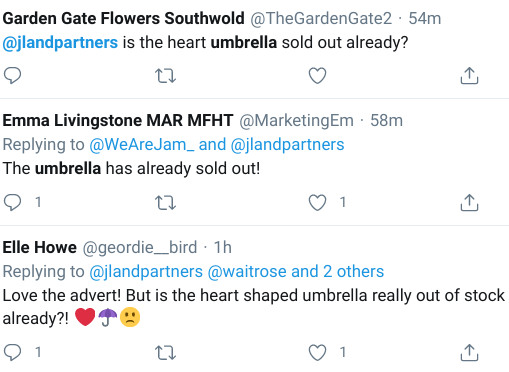 British soul singer Celeste is the voice behind this year’s advert with her original song A Little Love.

John Lewis has also released an additional 30-second advert on the side – you can watch it below – which encourages people to donate to this year’s partner charities partners, FareShare and Home-Start.

But what other merch is available this year, and how much goes to charity? 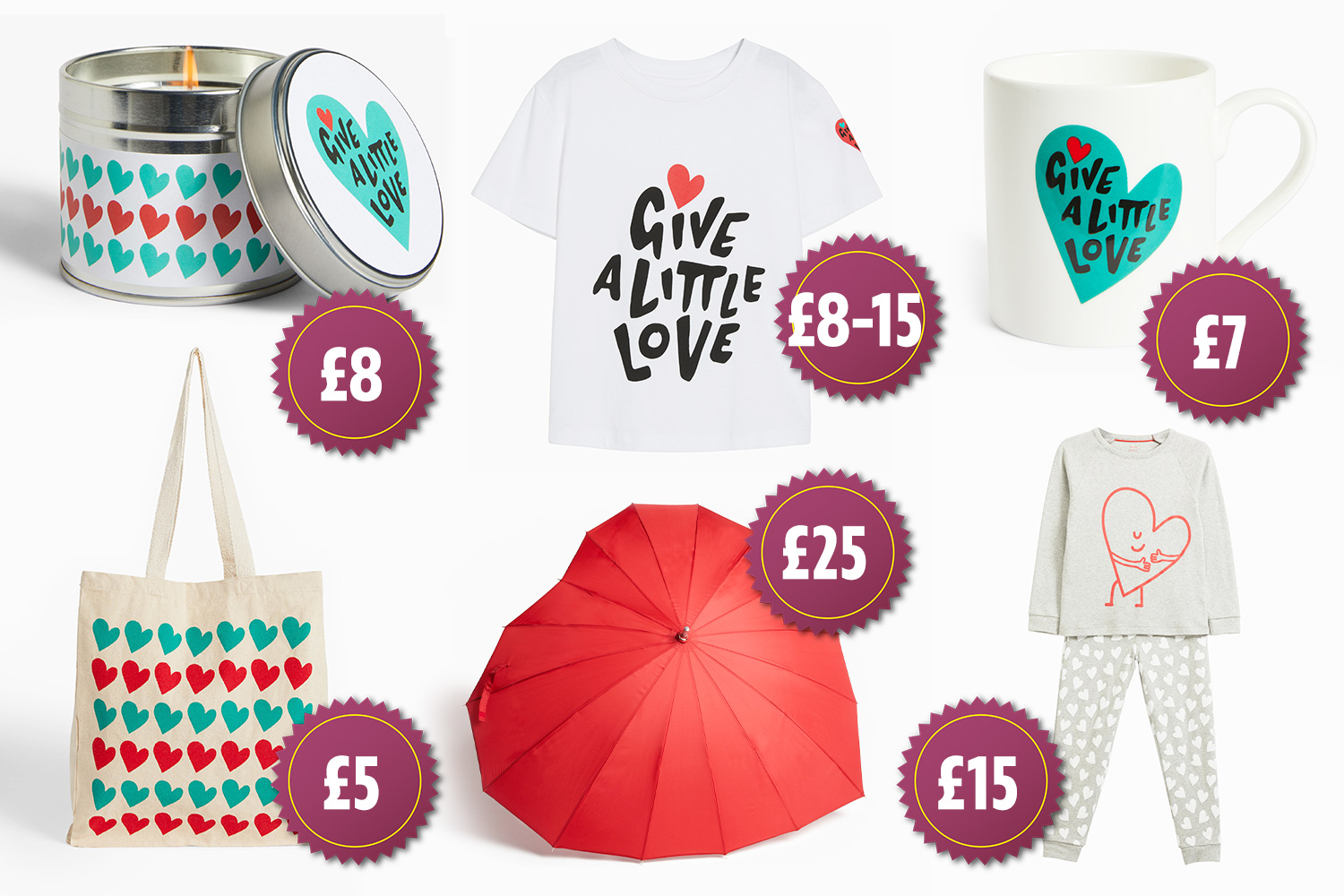 There are t-shirts, pyjamas, mugs and candles to go with this year’s advert.

Better yet, profits from the sale of this year’s advert merchandise will go to FareShare and Home-Start.

Here’s what you’ll be able to buy this year:

There are five different t-shirts to choose from, but some have already sold out.

Ones that are already unavailable include a red t-shirt with a giant heart design, plus a black one with the Give a Little Love logo.

The children's size white t-shirt with the Give a Little Love logo is also sold out, although there are adult sizes available.

John Lewis shops remain shut in England due to the four-week coronavirus lockdown, but customers can still order goods online for home delivery or click and collect.

How to donate to the John Lewis charity appeal

There are several ways you can help support both FareShare and Home-Start through John Lewis.

The retailer says donations worth £3 would give a gift to a child and £10 would help pay for a permanent carer for a set amount of time.

If you can't afford to donate, John Lewis is also encouraging people to show kindness to someone who needs it.

In addition, you can see if anyone in your local community needs support

Click and Collect is free when you spend £30, or £2 for orders under this amount.

Previous John Lewis merchandise includes a sell-out plush Edgar the Dragon from its 2019 advert, as well as Moz the Monster toys from the 2017 release.

Toys are noticeably absent from this year's list of merchandise.

Here are all the John Lewis Christmas adverts through the years from 2007 to 2019.

Last month, locals in London thought they'd spotted the ad being made after a filming crew were spotted with fake snow.

We've rounded up all the Christmas adverts so far, including McDonald's and Disney.