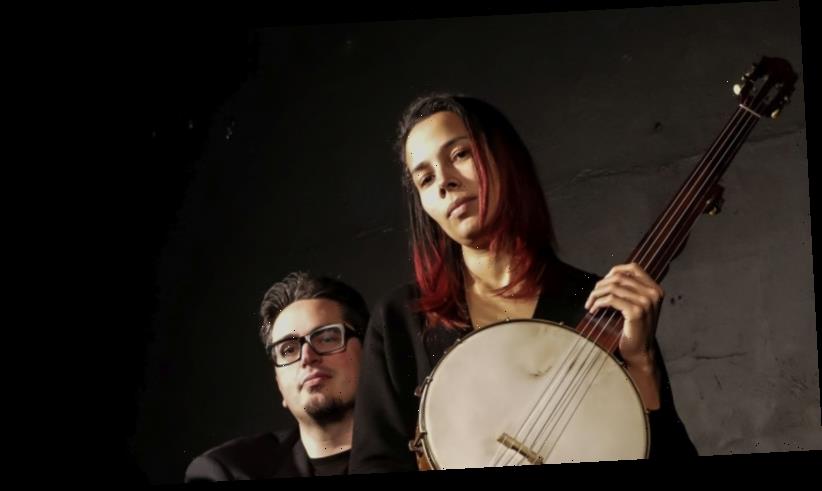 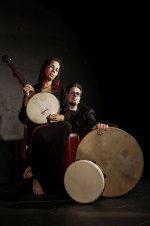 ‘There is no culture that exists in a vacuum’: Rhiannon Giddens and Francesco Turrisi

For Grammy-winning artist Rhiannon Giddens, there is no us and them. There is no single story of music or culture or history – everything is connected.

"There is no culture that exists in a vacuum, there is no way that people live in isolation,” she argues, especially when it comes to music.

Thus the rhythms of the Balkans appear in the songs of Ireland; the percussion tools of the Persian Gulf and west Africa wash up in the bars and halls of North America; and the Caribbean and southern Italy share melodies and string instruments. The songlines are all there if we’re prepared to see.

“It’s so intriguing to follow all of these threads and realise how interwoven they are with history and politics and human nature," says Giddens, a recipient of a MacArthur Fellowship, aka the genius grant. "We tend to separate music out of where it comes from, but you can’t do that at all.”

Giddens had her breakthrough with the African-American string band, Carolina Chocolate Drops, a trio whose “shocking” revelation to the world was that bluegrass, the so-called music of the white folks of the eastern mountains and valleys, had a black history.

“The more that you contextualise it correctly, the more you realise that it’s part of the whole, and there is so much to be gained from that.”

The part of the whole with which she’s currently engaged, from her homes in Limerick and North Carolina, is a partnership with Sicilian multi-instrumentalist, composer and percussion specialist Francesco Turrisi, the couple meeting after each had moved to Ireland to be with new partners.

The pair are living examples of her thesis that we are all connected, intertwined and drawn to each other.

“Our very first connection was tambourine and minstrel banjo," she says. "We thought that sounds really good and then we talked to the academics and realised there’s a reason for that. And that’s happened over and over, that we find this musical connection that comes naturally. And there’s a reason.”

In their songs, on stage during their coming Australian tour and on the album, There Is No Other, you might find an Appalachian song played on an Arabic frame drum and banjo, gospel blended with British folk, cello and viola next to bendir (a type of drum) and tombak (Persian percussion). You can’t see the lines dividing, only the elements connecting.

“And this is where music can really show this in a way that’s not threatening as other ways. Which is why my connection with Francesco was so important because he’s bringing that whole history, connecting that with what I’ve been doing in the States,” says Giddens.

“Now we’ve got the narrative that goes from the Middle East all the way through to United States. You can see the connection with the bodhran being connected to the Caribbean and southern Italy. When we find these connections we get really excited. We are not taking the bodhran away from Ireland; we are putting it into a larger global context.”

Giddens is a classically trained singer, musicologist, songwriter, folk singer, historian, actor and author. American by birth, internationalist by nature, it all began for her with the banjo, her first instrument and an unlikely battleground for a long culture war.

“When I look at why the banjo for example went from being a majority black instrument to an instrument that ‘everybody knows’ was invented in the white mountains of Appalachia – the white mountains of Appalachian also being a myth; they never existed,” Giddens says. “Yes there was a demographic shift, and yes changing tastes, but none of it explains how fast it happened and how absolutely it happened, unless you start getting into the white supremacy that goes along with it. And the lens that people look at this music through.”

That lens was formed by a broader cultural whitewashing, from local statues and literature to the “gentrification” of string bands and the way one of the most powerful industrialists of the 20th century, Henry Ford, alarmed by the growing popularity of jazz and other “Negro” music began pushing folk music and entertainments such as square dances, as more socially appropriate – that is, white – activities.

The irony was of course that the music had been played by, and often as not created by, African-Americans. But the mythical narrative of white America was well under way.

“The music is just one example of how it was done," says Giddens. "But one of the reasons why it’s important to talk about it through music is that it’s so obvious.”