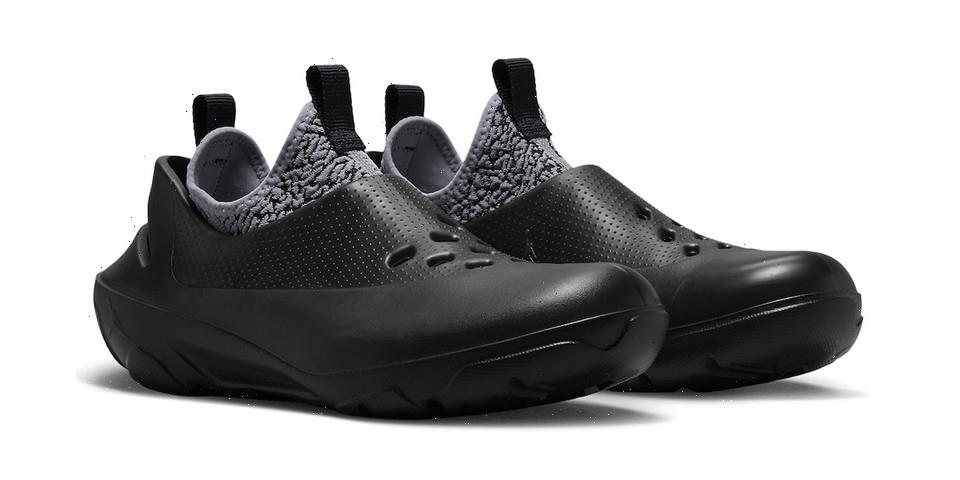 As the trend for slip-ons continues to make headway in the footwear game, the Jordan System.23 has now surfaced in a sleek, all-black colorway. Earlier this summer, Jordan Brand released in a light pink hue, after it debuted in “Sail” to announce the brand’s emergence into the clog silhouettes.

The slip-on model features a two-piece design that features removable neoprene booties in grey, similar to that of the Jordan elephant print, and a black rubber shell for the exterior. The exterior also features ventilation holes around the toe box and a cut-out heel for additional breathability. The Jumpman logo can also be seen on the lateral rear, debossed to round out the design.

Take a look at the official images above for the Jordan System.23 “Black” set to release in the coming weeks in select retailers and on Nike for $110 USD.