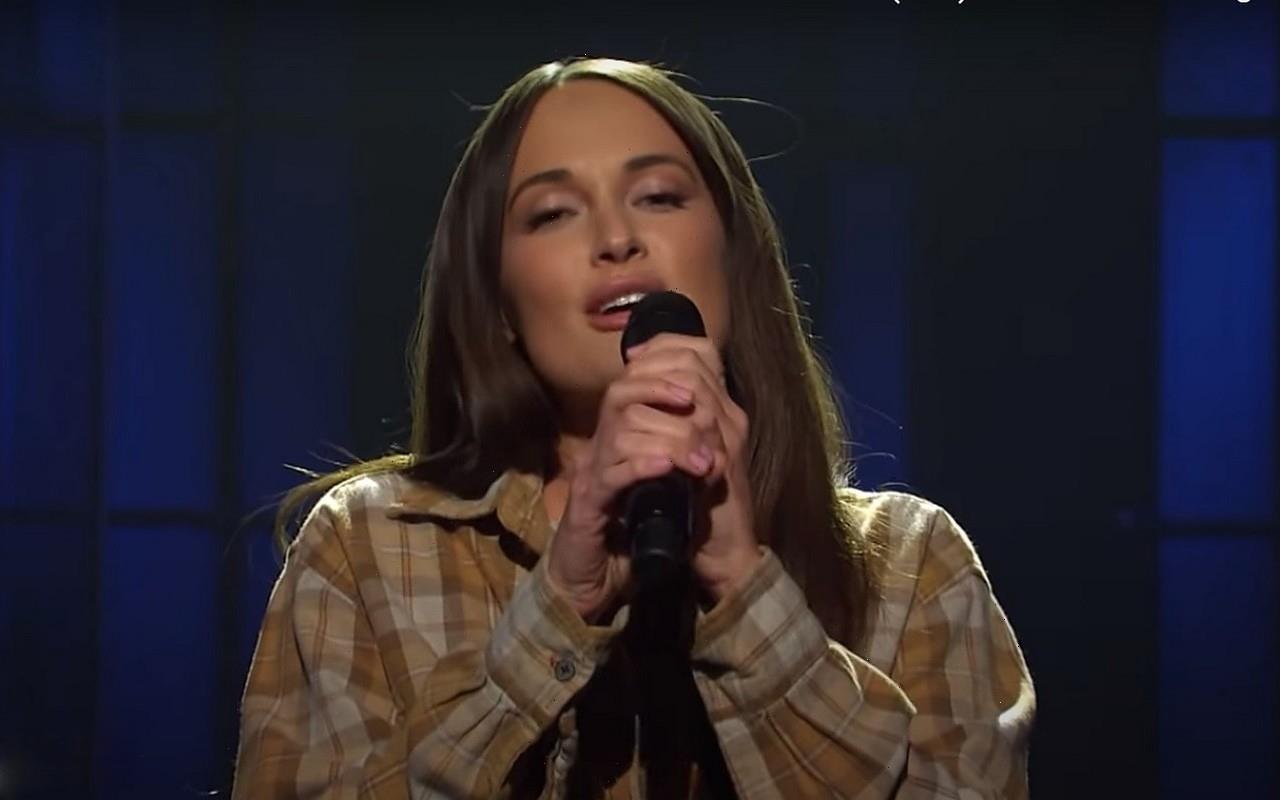 The ‘Golden Hour’ singer indeed took the stage only in her birthday suit during one of her emotional performances on ‘Saturday Night Live’ over the weekend.

AceShowbiz –Kacey Musgraves‘ publicist has confirmed the singer wore nothing but a smile and cowboy boots for her “Saturday Night Live” performance of “Justified” at the weekend (02Oct21).

The country star appeared to be naked as she sat on a stool, cross-legged, playing a carefully-placed guitar to cover up, and now her representative has confirmed the singer was totally naked.

“She was nude,” Musgraves’ rep told Variety. “Precautions were taken, and this was the first time it’s happened on the show.”

Musgraves first teased the fact she was all bare on the show on Sunday as she took to Twitter and suggested the stunt was inspired by Robin Wright’s “Forrest Gump” character, Jenny, who performed naked as Bobbi Dylan in the 1994 film.

SNL insiders have since revealed Musgraves’ team gathered around her with large towels after her rehearsal performance, so she could stand and walk off stage.

One source took to Reddit and wrote, “Pretty sure she was actually naked. I was on the audience side closest to her. Right before her first song, they set up a moveable wall, blocking the audience from seeing her. After the song, they moved it back to cover her again and covered her with some sort of towel/robe. She was super chill, kinda walked off stage in the towel and waved.”