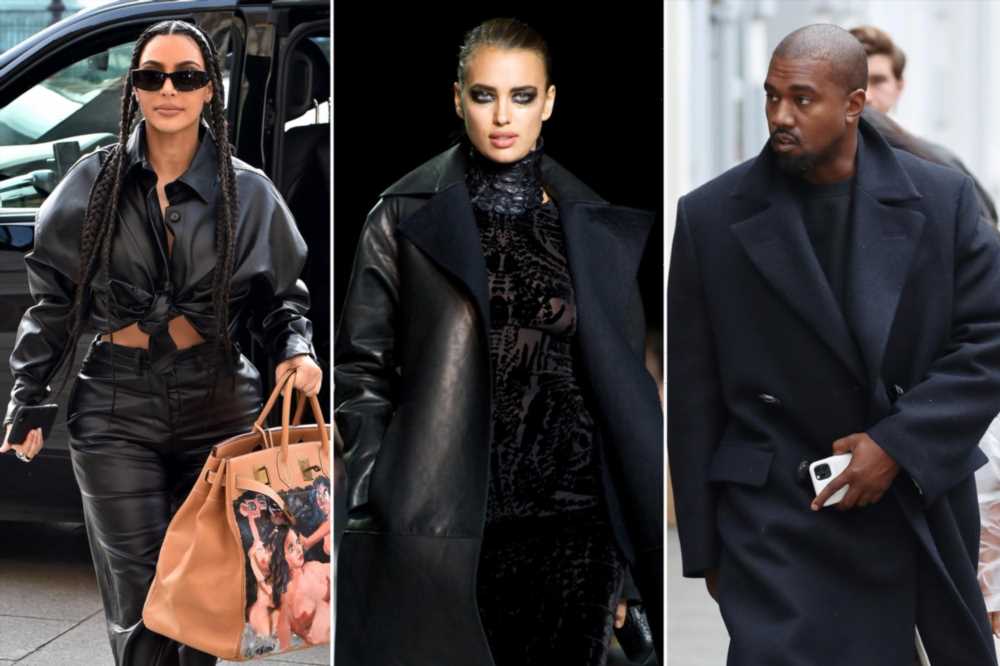 Kanye West’s initial romance with Irina Shayk could date all the way back to before he got together with Kim Kardashian.

West, 44, and Shayk, 35, were seen vacationing in Provence, France, on Tuesday on the heels of his birthday, and Page Six confirmed the two have been quietly dating for several weeks, saying, “it is casual at the moment, but they are into each other.”

But a music-world source told us, “Kanye was with Irina briefly before Kim. He had pursued her a long time ago.”

Russian-born beauty Shayk has had a decade-long fashion relationship with West — she previously modeled for Yeezy and appeared in his 2010 music video for “Power.”

He also name-dropped her in his track “Christian Dior Flow,” with the lyric “I wanna see Irina Shayk next to [Dutch model] Doutzen [Kroes].”

Whatever they had back then was short-lived: Shayk began dating soccer superstar Cristiano Ronaldo in 2010, then Kanye went public with Kim in 2012.

Yet the sudden new romance between West and Shayk has taken some showbiz insiders by surprise.

A source in the Kardashian Kamp mused of West and Shayk, “It’s good for both of them to be in the news in a positive way, and nobody knows if the romance is real or not.”

However, the source added that Kim is happy for them, “Everyone in the family — including Kim — wants Kanye to be happy, and they wish him well.

“They are happy there is no drama between him and Kim over the kids, everyone is getting along.”

Another fashion insider added Shayk is just as media-savvy as West and knows how to play the game — to command the biggest contracts, models now have to be perpetually in the news as well as on the runway, like Kendall Jenner.

The insider said, “For Kanye, it’s about keeping up his image … He has a stream of projects coming up.

“Plus, this is excellent for her career. She’s a gorgeous girl, but the path to being a supermodel is sometimes dating someone very famous to put them over the top.

“Once you start being on the cover of glossy grocery-store magazines then your name recognition goes up and your price goes up. It’s the best way to be relevant.

Shayk’s colorful dating history has often been a subject for the showbiz gossips: She was in a relationship with chiseled soccer star Ronaldo for five years until early 2015, and they split amid rumors of infidelity on Ronaldo’s part.

She began dating Bradley Cooper in April of that year. Two years later, they welcomed a daughter, Lea. But the relationship seemed to fall apart as his chemistry with Lady Gaga sizzled in 2018’s “A Star is Born,” then onstage at the 2019 Oscars when they performed “Shallow” as Shayk sat front row. Both Gaga and Cooper insisted their relationship was strictly professional.

Shayk and Cooper broke up in 2019 but have stayed on good terms and continue to co-parent their daughter.

A source friendly with Shayk added, “She’s one of the most beautiful women in the world, but she’s actually very low-ley, you never hear her talking publicly about her relationships.

“She is a quiet person, she is a very devoted mother to her daughter, but she is also very quietly ambitious in her career and she’s very smart.

“A partnership with Kanye would be very interesting for her on a creative level.”

Reps for West and Shayk didn’t get back to us.