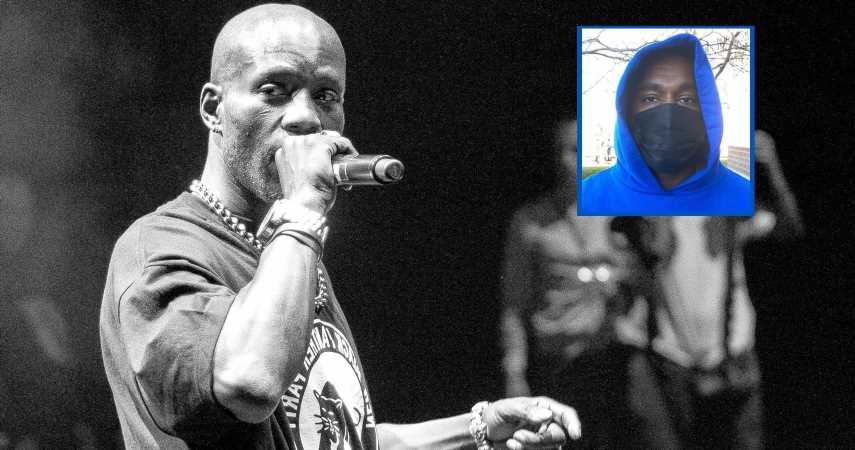 Kanye West has offered the late DMX’s family a generous hand. According to reports, the rapper helped raise $1 million for DMX’s family by putting up a Yeezy x Balenciaga sweater up for sale following the latter’s passing. Each sweater is priced at $200, and it sold out within 24 hours.

DMX – whose real name is Earl Simmons – was remembered on Sunday at a private funeral service at Brooklyn’s Christian Cultural Center. West was in attendance at the private gathering, but he kept a low profile at the ceremony.

Kim Kardashian’s husband was also present on Saturday when helped set up the stage for Sunday’s private ceremony. Virtual artist Akeem Smith was also on hand to help him out.

DMX passed away on April 9, and his cause of death was only revealed last week. Reports confirmed that he overdosed on crack cocaine, fentanyl, alcohol, prescription pills, and COVID-19.

According to Digital Music News, DMX has struggled with his drug addiction for years. In fact, he has also been in and out of rehab and also had his fair share of run-ins with the law.

Four years ago, he was found unresponsive in Yonkers but the paramedics were able to revive him. Irv Gotti, DMX’s collaborator, detailed what happened to the rapper after he overdosed until his death.

“They said it was a bad dose of crack and they said some drug fentanyl was mixed in with the crack and that’s what made him overdose. When he got to the hospital, he got diagnosed with COVID and he couldn’t breathe — you know that COVID messes with your respiratory system — so that’s why he had to get hooked up to the ventilator. Before they [connected him to the ventilator], they were like, his brain died,” he said during a radio interview.

Meanwhile, DMX isn’t the only person that West has helped in recent years.

In 2018, he visited an orphanage in Uganda and gave away hundreds of his Yeezy sneakers.

While speaking at the event, the rapper vowed to build a world-class tourism school in the East African country.

Earlier this year, West also donated a huge sum of money to George Floyd’s daughter. The rapper set up a fund to cover the young girl’s tuition fee in college.

According to BBC, he also donated $2 million to other causes, including the paying of legal fees of Ahmaud Arbery and Breonna Taylor. They were both killed last year.