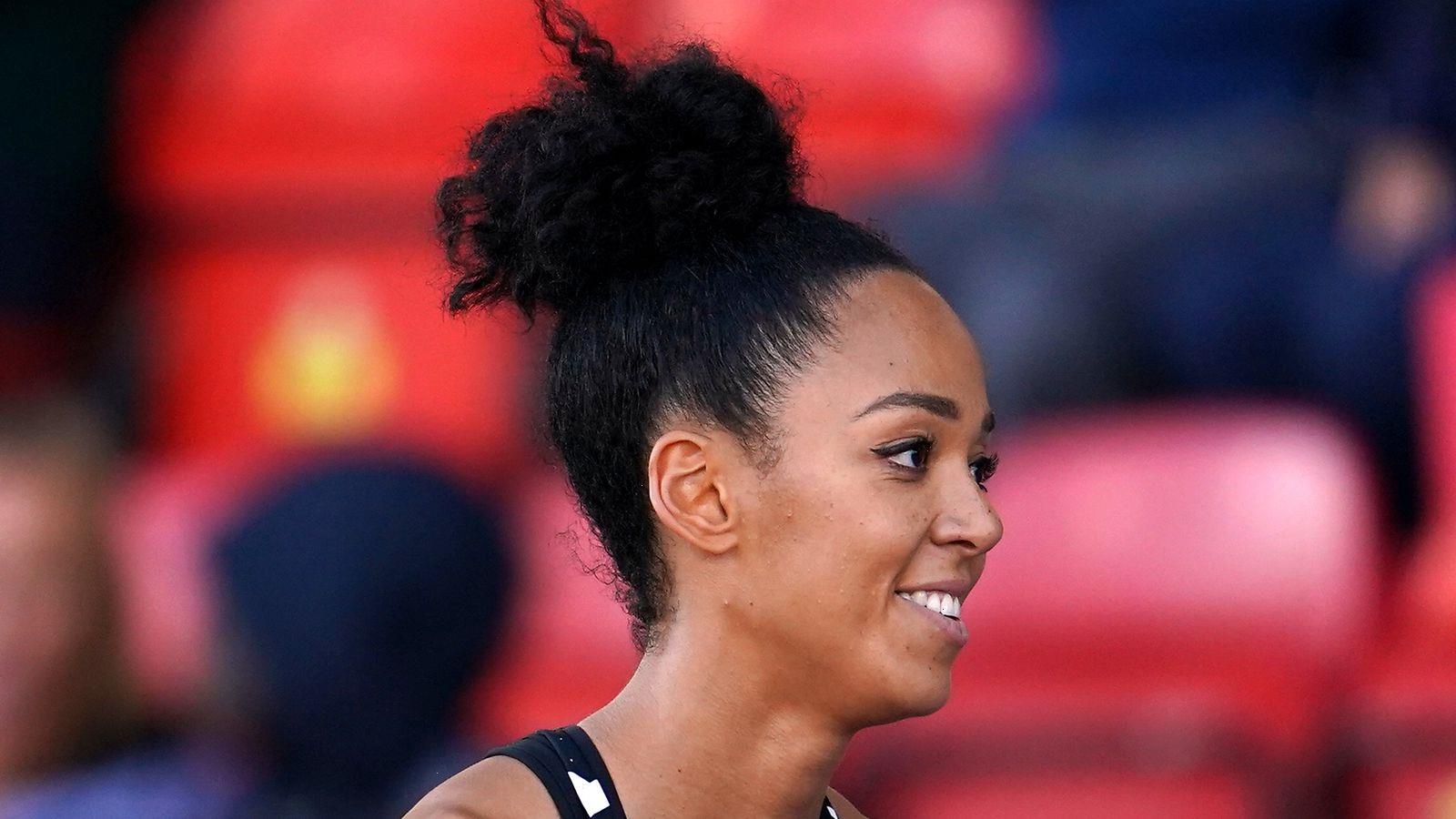 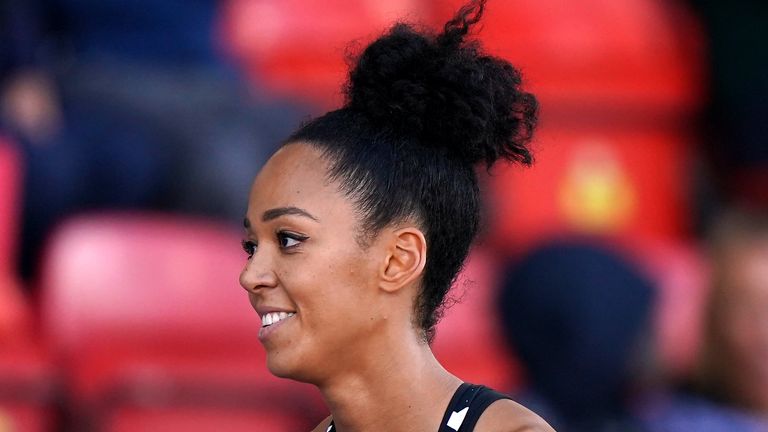 World heptathlon champion Katarina Johnson-Thompson continued her preparations for the Tokyo Olympics by finishing eighth in the long jump at the Muller British Grand Prix in Gateshead.

The 28-year-old, who ruptured the Achilles tendon in her jumping leg in December, recorded a best jump of 6.10m, but with the Games fast approaching she emerged with an invaluable taste of competitive action in one of her key disciplines as she attempts to make up for lost time. 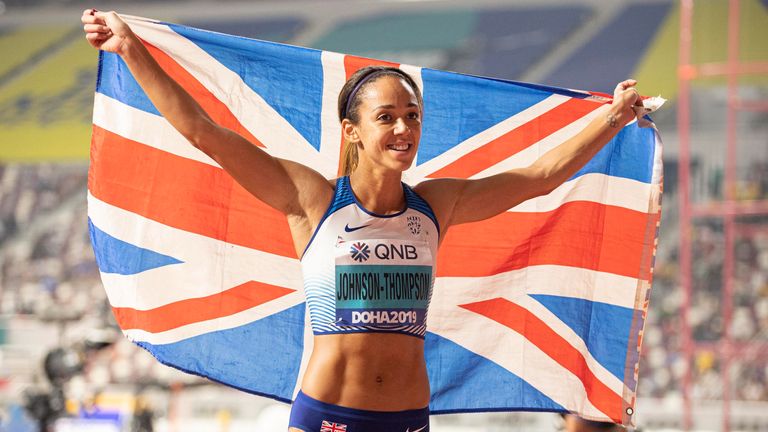 Johnson-Thompson’s fifth-round effort, which was two centimetres further than she managed in the third but more than 80cm short of her personal best, proved to be her longest on a night when her presence and fitness, rather than the numbers, were the main focus.

On the track, American Trayvon Bromell, the fastest man in the world this year, bounced back from a fifth-place finish in Monaco last weekend to win a high-class 100m in 9.98 secs. 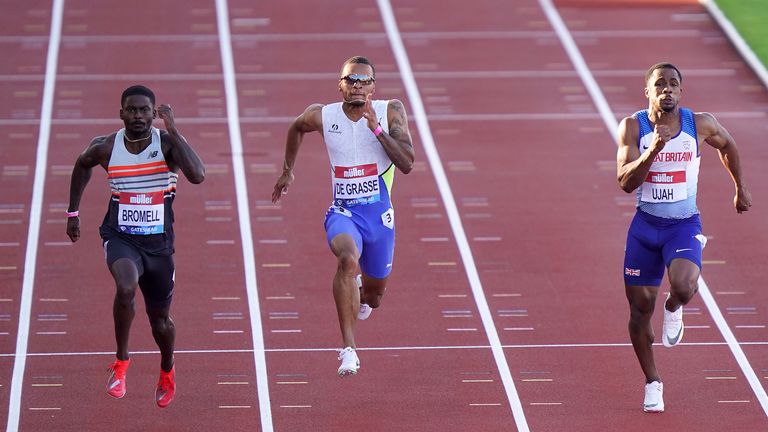 Holland’s Femke Bol was another who laid down a marker for the Olympics as she left American rival Shamier Little more than a second behind her in the women’s 400m hurdles.

Great Britain pole vaulter Holly Bradshaw had to settle for second place after a battle with America’s Sandi Morris.

Bradshaw, who needed three attempts to clear 4.61m, went over 4.71m at the second time of asking, but after Morris had scaled 4.76, passed and pushed the bar up to 4.81, at which height neither was successful.

Elliot Giles warmed up for the Olympic 800m with victory in the Emsley Carr Mile after holding off – if only just – a concerted late challenge from Jake Heyward, who will run the 1500m at the Games.

The pair kicked past Jake Wightman on the top bend, with Giles leading the charge for the line and dragging fellow Briton Archie Davis with them, and he just managed to hang on to clock 3.52.49, one hundredth of a second ahead of the closing Heyward.

In the Millicent Fawcett mile, there was a creditable second place for Briton Katie Snowden in 4.28.04, but it was American Kate Grace who took the tape in 4.27.20.

Tokyo-bound Niclas Baker edger a tight men’s 400m race, surging past Joseph Brier on the home straight to win in a time of 46.24, with fellow Olympic 4x400m squad member Lee Thompson in third. 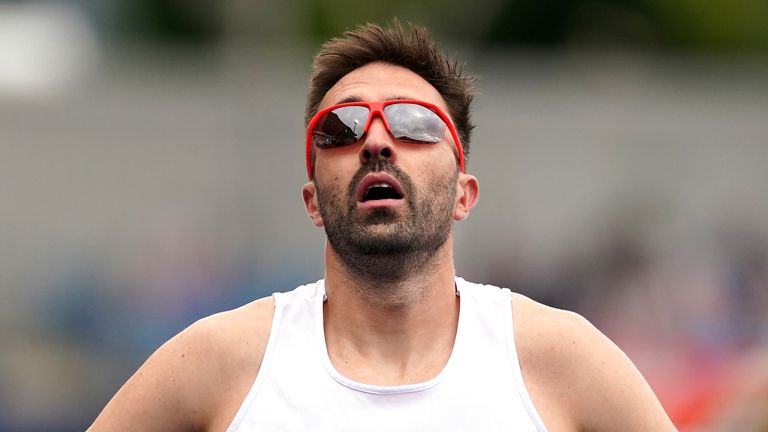 The event represented a swansong for twice European champion Martyn Rooney, with the 34-year-old, who finished seventh, receiving a warm send-off from the Gateshead crowd having announced in advance that it would be his final race.

Andrew Pozzi will head for Tokyo having finished third behind Jamaican pair Ronald Levy and former Olympic and World champion Omar McLeod, who had missed out on selection – much to his annoyance – this time around, in the 110m hurdles.

Mohamed Katir brought down the curtain in style when he set new Spanish and meeting records in the final event, the men’s 3,000m, out-sprinting Australia’s Stewart McSweyn in the home straight to come home in 7.27.64.