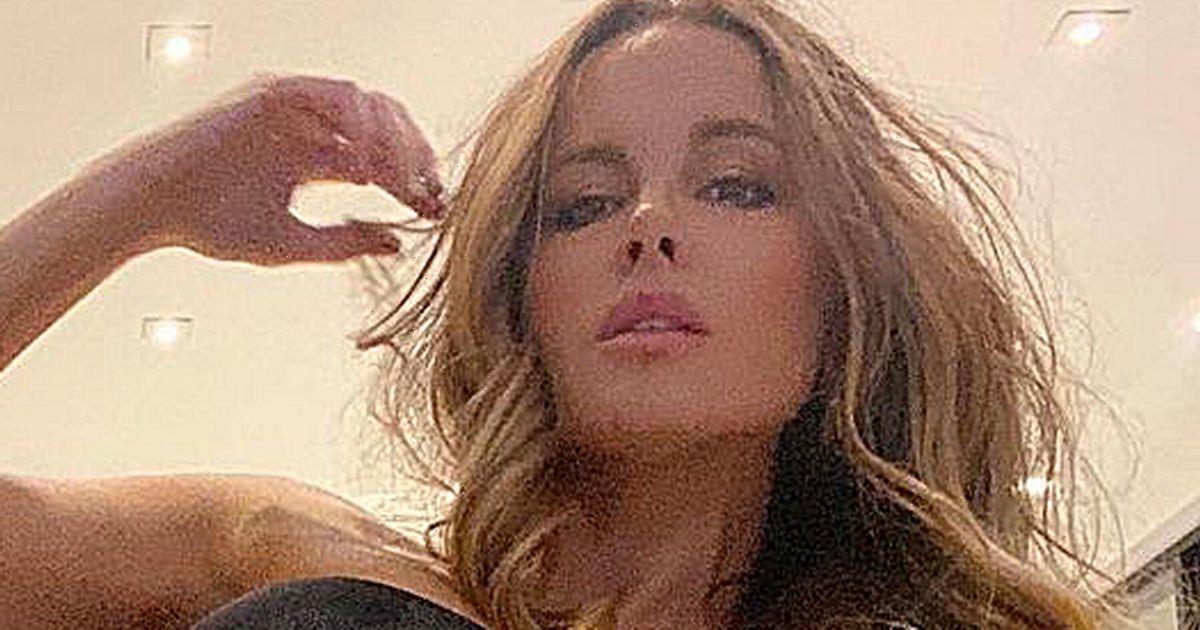 Kate Beckinsale turns 49 today and to celebrate the actress and model's big day, we're looking back on some of her hottest snaps yet.

The English actress and model is best known for her role as Selene in the Underworld film series. She was labelled an English Rose by the BBC in 2001 and has since modelled in George Michael's "Waltz Away Dreaming" music video and various ad campaigns.

The brunette bombshell has also made headlines for her romances, having dated American comedian Pete Davidson and Underworld director Len Wiseman and was rumoured to have been involved with Aquaman hunk, Jason Mamoa.

Enough about her love life, lets look back at some of the hottest snaps of Kate Beckinsale…

Kate quickly became known as an action star after she appeared as leading vampire Selene, in the Underworld film series.

Thankful for the change of pace after starring in a string of romantic comedies, she has helped grown the movies cult following.

She returned for the sequel, titled Underworld: Evolution and directed by her then-husband Len Wiseman, in 2006 and her daughter Lily played a young Selene.

One thing about Kate, she's a natural for the cameras. You'll seldom find a bad snap of the gorgeous actress, especially when she's walking the red carpet.

Pictured at the Suicide Squad premiere, a movie which ex Pete Davidson starred in, Kate exuded elegance in this orange full length dress, bumping the ends of her hair to complete the classic 50s look.

Model Kate can easily flaunt her ageless beauty the second she steps into a bikini.

She clapped back at trolls who claimed she was "too old" to be posing in teeny bikinis, reportedly replying: "I don’t know who has made you feel that if you get older you have no value, can’t be attractive or sexy or have a relationship with your body that isn’t only self loathing," she wrote.

"But as one female to another, don’t let any of that noise bother you,” she concluded.

Kate is no stranger to Instagram, using her platform to share glamourous snaps from the comfort of her seemingly luxurious home.

A sex symbol in her own right, Kate loves an at-home photoshoot. Even though the image is as sultry as ever, her random smiley painted nails and Dot Brown skirt prove the model and Hollywood actress is not all serious.

Her Instagram reflects this as Kate posts personal funny moments with her 5.4 million followers, like her cat's thoughts on her recent manicure or her bump-in with a friendly fox.

Appearing at the launch of close friend Victoria Beckham's collection at Fred's at Barneys, Kate showed off her slender figure in a simple yet classy black backless jumpsuit.

The pair, along with the rest of their celeb squad including Eva Longoria and Katie Holmes at one point, made headlines in 2008 for being inseparable, papped on nights outs and spending family days out together.

Having proved she loves to giggle, Kate seems to have the most fun when returning to her home in London. Appearing as a guest on The Graham Norton Show, Kate stunned in a one shoulder jumpsuit and perfectly clear skin, looking ageless as ever.