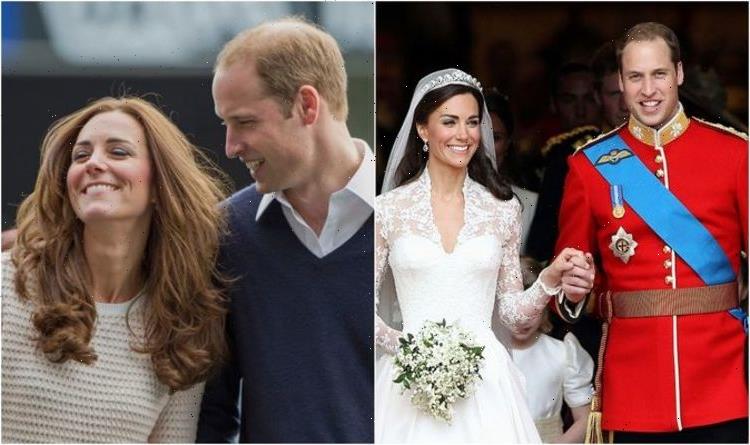 Richard Fitzwilliams, a royal commentator, spoke exclusively to Express.co.uk about why he believes the Cambridges have the most star power within the Royal Family.

“William and Catherine handle things in such an exemplary way,” Richard said.

“People sometimes don’t realise the good the Royal Family do, and they are the future King and Queen Consort.

“For example six years ago William went to China for his campaign against the Ivory Trade and subsequently two years later the President was involved in helping to ban it.

“He is also a person with very high profile posts like President of the Football Association, so you see him cheering on England and that’s very important the way that comes across because it does make an impression.

“That statement about Panorama and how appallingly the BBC had handled it, is an example of someone who was justly angry but also handling the matter in a dignified way because he seemed so suitable for that particular topic.

“Also if you look at the way Catherine has grown in confidence, in the way she has taken on The Royal Foundation Centre for Early Childhood, this is obviously the cause that she is particularly committed to and that’s very important.

“The other thing the Cambridges are doing so well is the way they are handling photo opportunities of George, Charlotte, and Louis.

“Some of the videos and photos are absolutely charming so they’ve got the balance right between not giving too much but also making sure there is sufficient exposure to keep the media relatively satisfied.

“They keep introducing them at particular moments whilst maintaining as much normality and privacy as possible.

“Ultimately, these are the children who will one day be the mainstay of the Royal Family.”

Richard believes Meghan and Harry had the potential to be the star powers of the Royal Family but failed to deliver.

“I think what happened was tragic, and very sad,” Richard said.

“Harry and Meghan link well with contemporary Britain and young people, most particularly in the Commonwealth.

“Also, Meghan’s background as an American biracial divorcee meant she was completely at one with somebody who was campaigning on diversity and gender equality, as well as mental health and the environment.

“The idea of the Fab Four which I bought into was probably never completely practical simply because it assumed the brothers would be inseparable and assumed the wives would be part of, admittedly, an artificial creation.

“The book Prince Harry is writing, although we don’t know yet what’s in the book, it’s going to be released at a tough time as it will coincide with the Queen’s Platinum Jubilee.

“So it appears to be very provocative to me and also the fact that they have such a high profile ghost writer means anything could come of it.

“The Royal Family were in crisis before with Andrew, but the Sussexes plunged them into crisis in January last year, and then again after Oprah, so what had such promise has been a disaster.”

The book Richard referenced is Prince Harry’s upcoming memoir due to be released in 2022 about his life as a prince and everything which transpired post-Megxit.

The Royal Family have yet to officially comment on the memoir, though royal sources say Prince Charles was reportedly “blindsided” by the news of the book.

Today, Prince George is celebrating his eighth birthday and the Duchess of Cambridge released a snap of the young prince on her Instagram.

The John Lewis polo shirt which George can be seen wearing is already sold out on their website as royal fans rushed to buy the item.

The Duke and Duchess of Cambridge will be hosting celebrations at Kensington Palace today and royal fans are hoping for new pictures of the young prince.