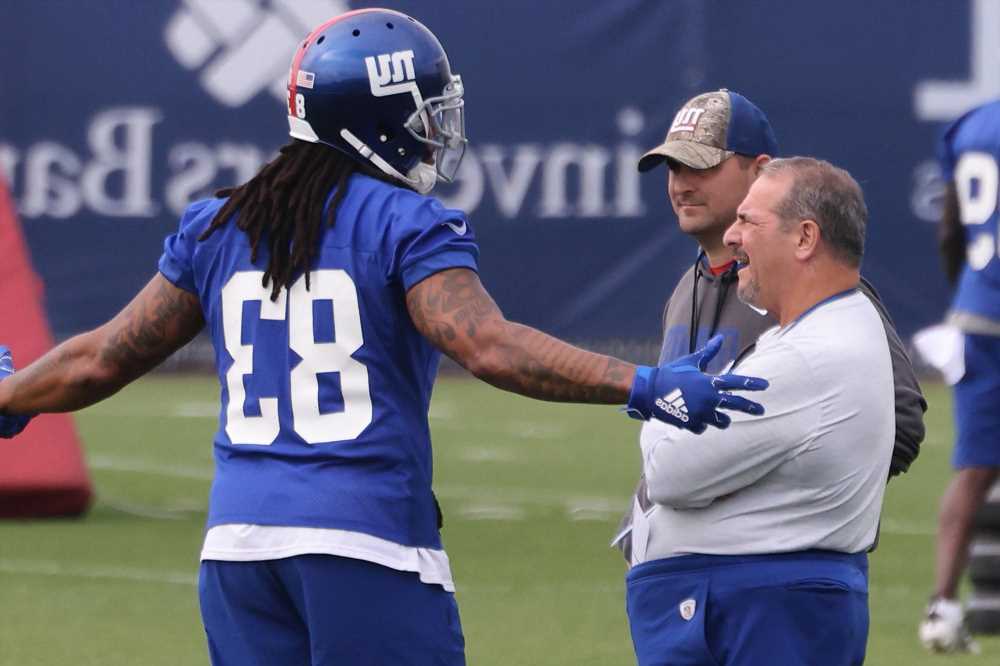 Lineman has no regrets as he returns to new Giants reality

With Saquon Barkley recovering, this Giants running back is ready to run

Kelvin Benjamin began the opening few minutes of his first training camp practice with the Giants on Wednesday engaged in an intense conversation with head coach Joe Judge. A moment later, Benjamin made a slow walk off the field, trailed closely by general manager Dave Gettleman, who when he was the GM in Carolina, made Benjamin a first-round pick of the Panthers in the 2014 NFL Draft.

Benjamin might as well have kept on walking. The Giants released him later in the day. A source told The Post Benjamin’s weight was “an issue.’’

The 30-year-old was an extreme long shot to make the final roster. He has not played in the NFL since 2018 and was trying out at a new position, tight end. The Giants took a flier on Benjamin, signing him May 16 out of a rookie minicamp to a one-year deal worth $990,000.

Benjamin told NJ.com that he arrived at camp at 268 pounds and that Judge wanted him to weigh in at 251. Benjamin passed the conditioning test on Tuesday, but said Judge told him he was going to fine him for being overweight and that he could not practice on Wednesday.

“I just felt like from Day 1, once I stepped on the field, once I put on the colors, [Judge] never liked me,” Benjamin told NJ.com. “He didn’t even want me there.

“The day before practice, he didn’t bring all of this up. I just felt like the dude didn’t like me. Mr. Gettleman knew exactly what went down. Everybody in the building was telling me I looked great. I was feeling good.’’

As for Judge, Benjamin added: “He’s not a coach that can ever win a Super Bowl because he sits there and cusses all day. You can tell he’s one-sided about everything. He’s a know-it-all. That’s not how it’s supposed to work.’’

Benjamin caught 73 passes for 1,008 yards and nine touchdowns as a rookie, but he missed the 2015 season after tearing his ACL and his career never fully recovered from that injury.

The Giants still have seven tight ends on the roster. One of them, Rysen John, was placed on the reserve/COVID-19 list on Wednesday.