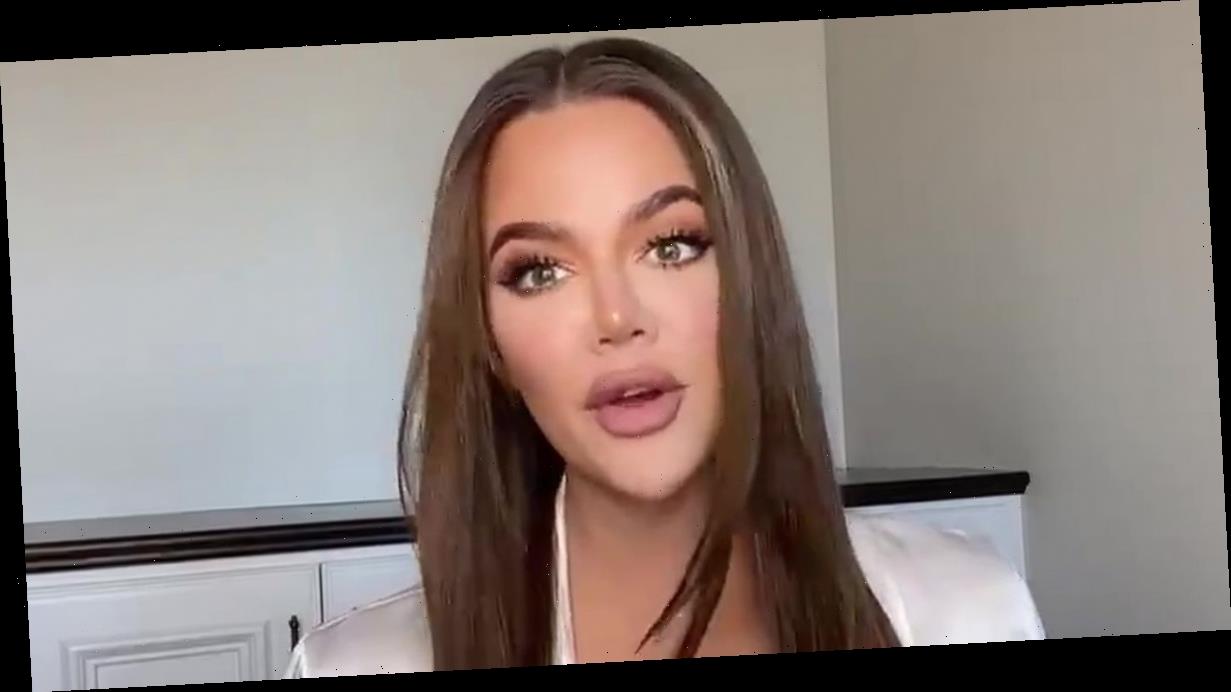 Khloe Kardashian ’s fans claim she looked totally unrecognisable in her People’s Choice Awards speech and have accused her of having a "nose job" and "chin fillers".

The Keeping Up With The Kardashians star has sparked many rumours that she been having plastic surgery after changing her appearance lots in recent months.

Now fans have claimed Khloe had a rhinoplasty to make her nose look slimmer, after she picked up the Reality Star of 2020 gong.

It has also been claimed she topped up on chin fillers because her face looked more defined in her latest appearance.

Khloe told how grateful she was for being given the awarded on Twitter and shared the clip.

But many fans rushed to the comment section to speculate she had surgery to alter her appearance.

One person wrote: “Oh my god, what on earth? She looks like a completely different person!” shared one disbelieving follower.

“That has to be a filter because she doesn’t look human here!” a second said.

A third declared: “Khloe looks gorgeous, but she looks unrecognisable”

A fourth cheekily remarked: “Don’t know who that person is but it’s most certainly not Khloe Kardashian!”

But other fans were quick to rush to Khloe's defence and showered her with compliments.

One gushed: “She looks so good. Stop with the jealously people!”

Another said: “Khloe has never looked better, she’s such a beautiful woman. Leave her alone!”

The rumours sparked after a picture of her emerged looking completely different in KUWTK footage.

One follower asked: "Why do you look so different in all your photos?"

Khloe fired back: "From my weekly face transplant clearly."

Khloe has admitted she's a fan of plastic surgery in the past – comparing it to "putting on a bit of makeup".

She told Cosmopolitan back in March 2016: "There's this misconception that I'm not into plastic surgery, but I'm into it and I don't care if you have it. your photos?"

"We're all putting on a f***ing mask basically every day anyway.

"When you dye your hair, you're changing who you are, and I don't think there's anything wrong with that."