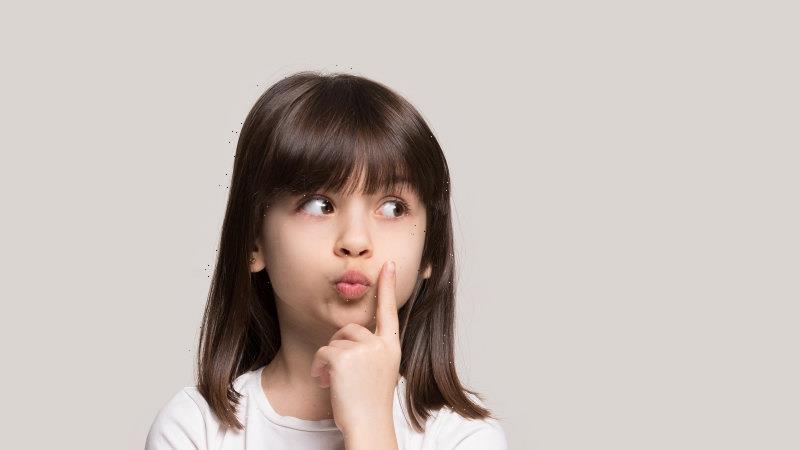 It was one of those parenting moments where your heart can’t help but swell.

“I made it for you and dad,” said my nine-year-old matter-of-factly, before handing me a pale pink card cut in the shape of an apple. 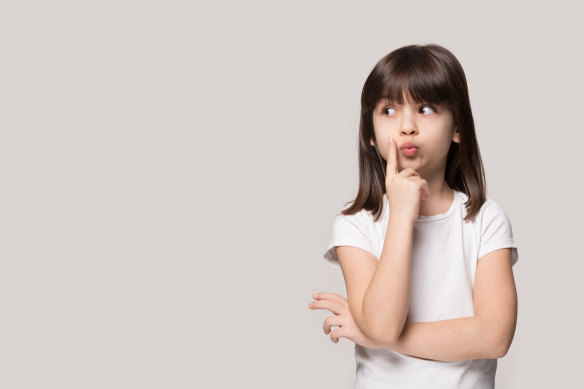 “Impulse control is not actually fully developed until the age of 25,” says Tamara Cavenett, president of the Australian Psychological Society. Credit:iStock

I beamed. Clearly, I had instilled in my son a love of craft. Not to mention the knowledge that a homemade card in which you share what’s in your heart trumps even the glitziest of packages.

Then I read it.

“Mum and dad, out of all my enemies, I hate you guys the least,” it read.

Ah, the emotional upper-cut. Until now, the most parents could hope for is that other people’s kids were the ones delivering the ego blows, so we could laugh from the sidelines. Because copping too many yourself comes with psychological risk.

As one friend of mine – whose daughter once reassured a woman who thought my friend was pregnant that “no, she’s just fat” – puts it: “Yeah, I mean it’s lucky I don’t have shame or dignity.”

But now philosophers and child experts are urging us to look beyond the heart punches and see that our kids’ brutal truths can teach us life-changing lessons.

“We [grown-ups] have these scripts or schemas that we’ve got – if this happens, we respond in this way,” says associate professor Jordy Kaufman, director of Swinburne University’s Babylab, which explores the cognitive, social and brain development of babies and children.

By this he means, for instance, that when we receive a present we don’t like, we automatically tell the person we love it to spare their feelings.

Following a script is reputation-saving for grown-ups. “If they do [blurt out the first thing they think], they’re often thought to have some kind of socialisation issues, or be on the autistic spectrum,” says Kaufman.

But by automatically filtering our thoughts, we lose out on opportunities for potentially more nuanced or even profound observations and communication, says Kaufman. For instance, by smiling and lying to the person who has given us a gift we loathe, “it’s potentially losing out on an opportunity to let people know what you really like”.

Then there’s the matter of existential issues that kids ask about, but that most of us ignore. Like the time one of my kids asked my great-uncle, after his wife had died: “Are you sad that your wife is dead?”

It’s questions like this that have led American philosopher Scott Hershovitz to explore contemporary and classical philosophy through the eyes of his primary school-aged children Rex and Hank. “A lot of people are put off by questions they don’t know the answers to or because they don’t know where the conversations will go if they don’t have the answers,” says Hershovitz, whose book Nasty, Brutish and Short was released last month.

He thinks children make natural philosophers because they happily test theories – about everything from gender to sex and the existence of God – that either make the rest of us squirm or we choose to ignore.

“Probably the script most people have [about death] is no script at all,” Kaufman says about us grown-ups. “We don’t talk about it, don’t think about it.”

And, he adds, all our various “scripts” keep us complacent when it comes to thinking about what we want out of life.

“You go through the day with the patterns you’ve established without necessarily thinking about whether there are other avenues that would make you happier in your personal [or] work lives or both,” he says.

“Mum and dad, out of all my enemies, I hate you guys the least.”

Maybe, he says, if we were to look at the world with pure curiosity, as children do, without filtering our thoughts before blurting them out, “we’d wonder, why don’t we do this instead of that? That person’s having fun, why can’t I do that?”

But are all unvarnished truths created equal? What of those comments that kids come out with that bruise other people’s hearts?

One woman I know recalls when, years ago, a boy around the age of nine who she was looking after said she had a “big nose”.

“It was particularly brutal at the time because I loathed my nose and actually ended up getting a nose job years later,” she says.

Was the boy’s comment part of that decision? “I mean, sure,” she says. “It added to it.” (She also had a deviated septum.)

It didn’t help that when she replied to him, “that’s rude”, he laughed.

Should one of our kids behave this way, do we need to worry?

“Look, I think there’s no line in the sand,” says clinical psychologist Tamara Cavenett, about which comments reveal that a kid is unsympathetic or whether they’re just plain curious.

“It’s about knowing your child, and trying to work out what the intent was behind it.”

The development of empathy takes a while, too, and there’s no hard-and-fast rule for when a child gains the skill. Then, on top of it all, children need to develop impulse control to not blurt out what’s on their mind.

“Impulse control is not actually fully developed until the age of 25,” says Cavenett.

Which is why, she says, when teens say things that cut, we might want to give them some slack. “They have a thought, and – bang – it’s out there.” (I’ll have to let my colleague know; when she told her 12-year-old that she was cooler than her kid realising, her kid responded: “If there was any cool left in you, I think I would have seen it by now.“)

And when kids unleash unvarnished truths on their parents, it is often a sign that they feel emotionally safe.

“Kids are really inquisitive and curious by nature, and often young kids, they’re simply sort of flexing their observation or their verbal development muscles,” says Melbourne clinical psychologist Stephanie Tan-Kristanto. “And they get to do that in front of their parents and caregivers, because it’s a safe place to share and explore and build their autonomy and language and observation skills.”

So to nurture children who are curious but also able to take other people’s perspectives and feelings into consideration, we need to praise them for when they do share another’s point of view, says Cavenett.

And teach them to not be judgmental and be accepting of others, no matter what they look like, says Tan-Kristanto, director of the Australian Clinical Psychology Association.

Freaking out when they let rip with an emotionally oblivious reaction might see you end up on YouTube, with your kid amusing other parents.

“While it’s not going to be the kid’s goal to make you squirm,” she says, “they will notice when phrases get a rise out of you.”