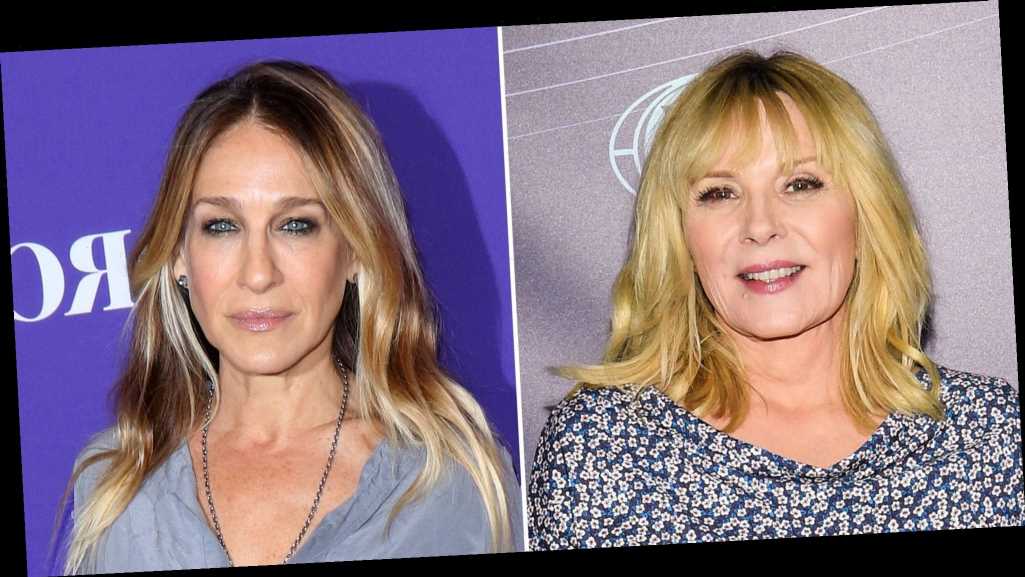 No love lost. Kim Cattrall isn’t interested in repairing her relationship with Sarah Jessica Parker years after the former Sex and the City costars famously feuded.

‘Sex and the City’ Cast: Where Are They Now?

The Filthy Rich star, 64, revealed where she stands with Parker, 55, in an interview with the Los Angeles Times on Monday, September 21.

“Everything is on Google. So, I encourage you to Google it about anything that I’ve said,” Cattrall explained. “I feel that that was then, and when I look at what’s going on around me, I just don’t have any regrets.”

Cattrall first sparked speculation of a rift with the Hocus Pocus star in 2017 when she shared that her former Sex and the City costars Kristin Davis, Cynthia Nixon and Parker weren’t as close as their onscreen personas.

“We’ve never been friends,” the U.K. native told Piers Morgan at the time. “We’ve been colleagues and, in some ways, it’s a very healthy place to be.”​

‘Sex and the City’ Men: Where Are They Now?

As for Parker, Cattrall said the Failure to Launch star “could have been nicer,” adding, “I don’t know what her problem is. I never have.”

The Mannequin actress publicly took aim at Parker in February 2018 after the shoe designer offered her condolences via social media following the death of Cattrall’s brother, Chris.

“My Mom asked me today ‘When will that @sarahjessicaparker, that hypocrite, leave you alone?’” Cattrall wrote via Instagram. “Let me make this VERY clear. (If I haven’t already) You are not my family. You are not my friend. So I’m writing to tell you one last time to stop exploiting our tragedy in order to restore your ‘nice girl’ persona.”

A source told Us Weekly at the time that Cattrall didn’t appreciate Parker sending her sympathies publicly.

“When you haven’t talked to someone in eight years, a public comment on Instagram isn’t the most personal,” the insider said at the time. “SJP could have reached out via personal channels. It could have been genuine but it didn’t need to be a spectacle. Doing it on social media struck a nerve with Kim because SJP knows how to reach her privately.”

Biggest Celebrity Feuds of the 2010s: Taylor vs. Kim, Cardi B vs. Nicki

The feud was also a contributing factor in Cattrall’s decision not to sign on for a third Sex and the City movie. The Tell Me a Story star told the Daily Mail in July 2019 she would “never” want to work on the franchise again.

“It’s a no from me,” she said at the time. “You learn lessons in life and my lesson is to do work with good people and try and make it fun.”