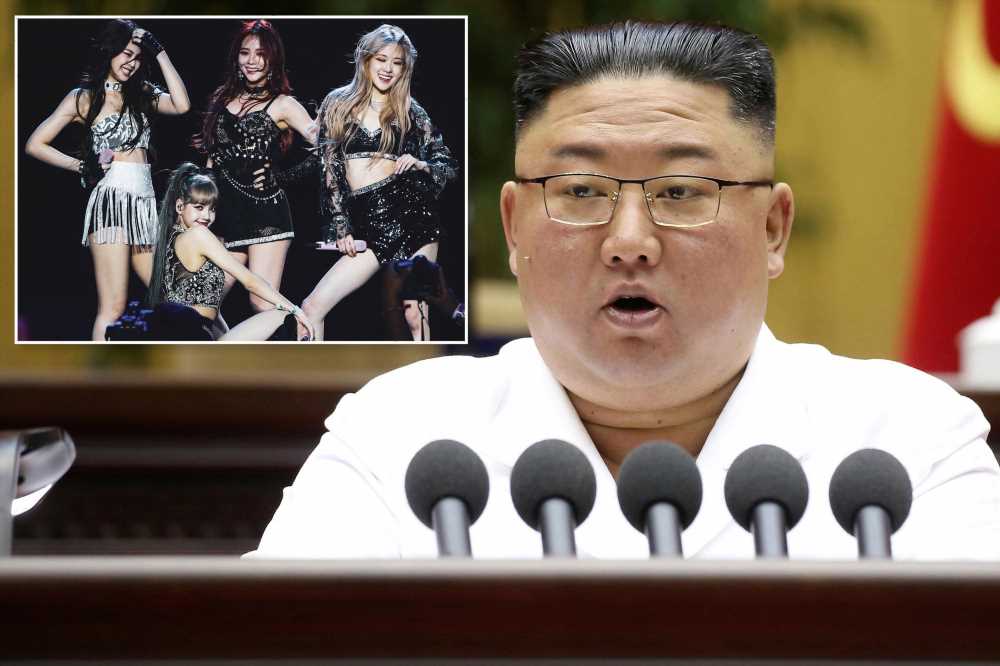 Kim Jong-un is cracking down on DPRK-pop fans.

The secretive anti-K-pop campaign came to light through internal documents smuggled out of the Democratic People’s Republic of Korea (DPRK) by the Seoul-based news source Daily NK, the New York Times first reported Friday. These were then made public by South Korean legislators.

In an apparent bid to launch his own brand of cancel culture, Kim introduced news laws in December stipulating that anyone caught watching or possessing South Korean content could be sentenced to up to 15 years hard labor. The previous maximum punishment for fans of popular acts such as BTS was five years.

If that wasn’t harsh enough, K-pop smugglers could even face execution while those caught singing, speaking, or writing in a “South Korean style” could be sentenced two years at a work camp, per the smuggled documents.

This past May, a citizen was killed via firing squad for hawking bootleg South Korean music and other entertainment.

South Korean entertainment has long been smuggled across the DPRK border, initially in cassette form and eventually, as flash drives from China. However, the Hermit Kingdom honcho has ramped up the the anti-capitalist rhetoric in recent months as he sees his nation become increasingly susceptible to the cultural stylings from the south, the Daily Mail reported.

Meanwhile, in February, Kim — whose family has ruled the country for three generations — ordered the nation’s provinces, cities and counties to clamp down on increasing capitalist influence.

North Korean state media even warned that the popular music genre could make the nation “crumble like a damp wall” if something isn’t done.

Indeed, the K-pop prohibition comes at a terrible time for the rogue regime, whose COVID-19 lockdown further crippled an economy wracked by decades of mismanagement and US-led sanctions over Kim’s nuclear weapons program.

In the heat of the upheaval, experts say young North Koreans more likely to adopt outside customs and challenge Kim’s authority.

“To Kim Jong-un, the cultural invasion from South Korea has gone beyond a tolerable level,” said Jiro Ishimaru, chief editor of Asia Press International, a Japanese website that reports on North Korea. “If this is left unchecked, he fears that his people might start considering the South an alternative Korea to replace the North.”

North Korean millennials who grew up during the 1990s famine are especially disillusioned with the state, which had long pushed the notion that South Korea was a beggar-infested hellhole. By watching bootlegged Korean content, they learned that while they were starving to death, their Southern brethren were trying to shed pounds through dieting.

It’s not just listening to K-pop that’s the problem. Lately, Korean slang has started to infiltrate everyday conversation with North Korean women increasingly calling their boyfriends “oppa” — a term for “honey” popularized by South Korean dramas — rather than the state-mandated “comrade.”

In order to eradicate the “perverse” phenomenon, state officials have been ordered to search computers, text messages and notebooks for South Korean vernacular while people caught mimicking the “puppet accent” could be banished from cities, per the top-secret papers.

However, it might be too late the curb the trend. A South Korean study of 116 recent defectors found that nearly half had “frequently” enjoyed Southern content while residing in the DPRK, the New York Times reported.

“Young North Koreans think they owe nothing to Kim Jong-un,” said Jung Gwang-il, a North Korean defector who smuggles K-pop into his former motherland. “He must reassert his ideological control on the young if he doesn’t want to lose the foundation for the future of his family’s dynastic rule.”

This isn’t the first time Kim has cracked down on so-called anti-socialist tendencies.

This past April, the mushroom-haired dictator infamously outlawed mullets and skinny jeans in an attempt to cut off “decadent” western-style fashion trend.