After delivering her “Saturday Night Live” opening monologue in a velvet pink catsuit, the reality star, 40, switched into another powerful pink look for the afterparty at Zero Bond in New York City.

All eyes were on Kim as she stepped out in a skintight spandex bodysuit and luxurious ruffled coat.

The “Keeping Up With the Kardashians” star – who was joined at the event by Kris Jenner, Khloe Kardashian, Scott Disick and Corey Gamble – completed the look with a pair of dazzling diamond earrings. 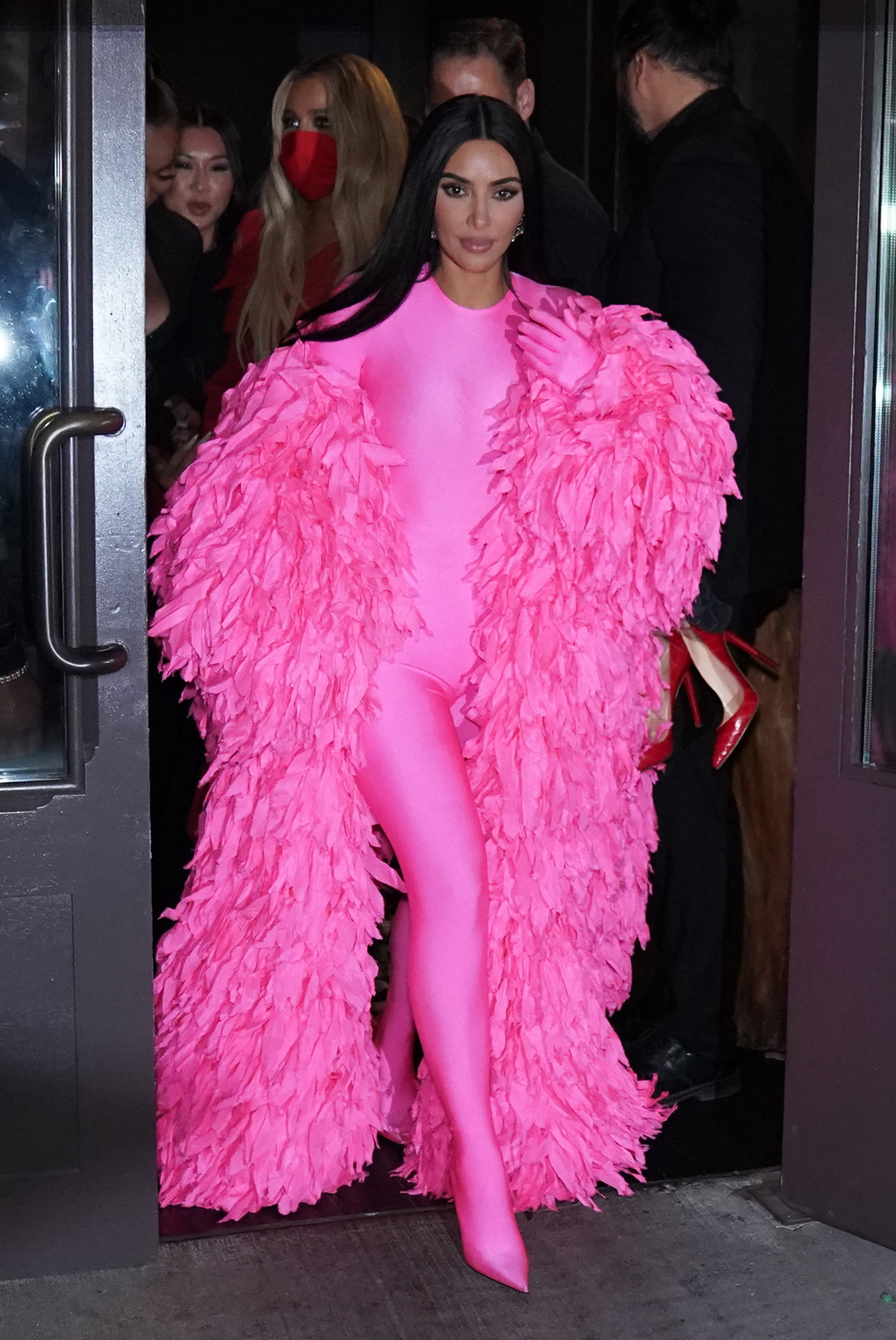 Ahead of her highly anticipated “SNL” debut, Kim was also spotted rocking a full-length pink puffer coat and matching gloves while leaving her hotel with Kanye West and heading to 30 Rock for dress rehearsal.

The SKIMS founder reportedly spent up to 20 hours in rehearsals, with a show insider confirming to The Post that call times for run-throughs could “start at 5 or 6 a.m. and run through 3 a..m.”

“Kim is nervous about hosting ‘SNL.’ It’s a big challenge but she is determined to be a success,” the source said. “Kanye is quietly advising her on her performance, her opening monologue, even her costumes for the show.”

‘You should watch’: Kim Kardashian has strong celeb support at ‘SNL’ dress rehearsal

Kim Kardashian hits NYC for ‘SNL’ with Kanye, Kris and Khloé in tow