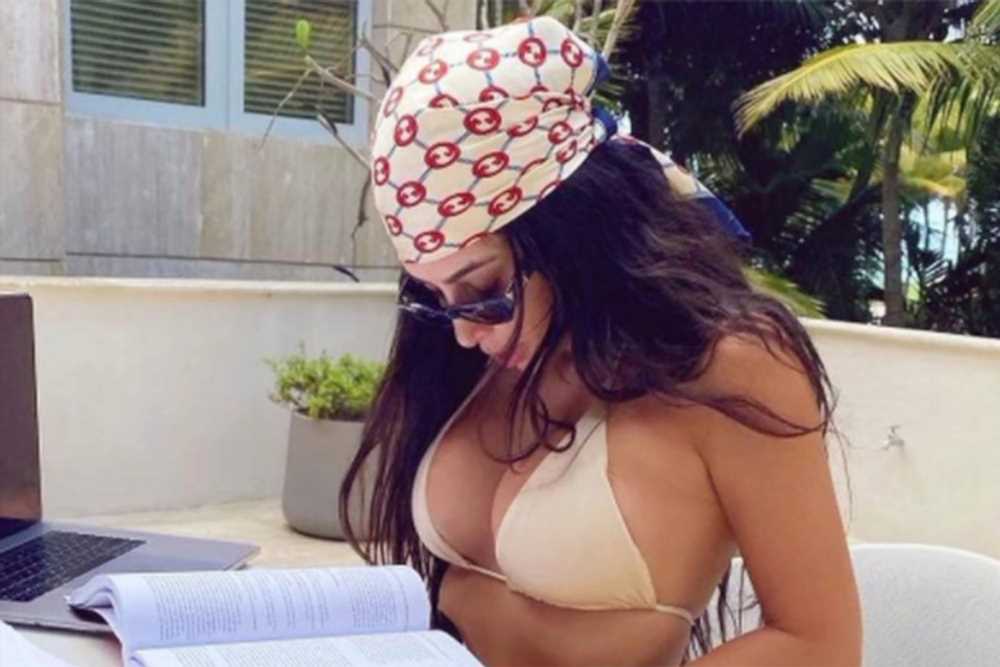 Kim Kardashian may get her own ‘Bridgerton’ corset

Chrissy Teigen: Kim Kardashian ‘gave her all’ in marriage to Kanye West

Blac Chyna ‘thrilled’ as trial against the Kardashians is moved up

School — and sun — are in session.

“Studying in the Sun,” the 40-year-old superstar captioned her post, in which her bedazzled laptop is also visible.

“What law school is this??? Asking for a friend? LOL,” Kardashian’s pal Jonathan “Foodgod” Cheban joked in the comments.

“This is my sign to go back to school,” former basketball pro Justin Laboy added, while Kacey Musgraves commented, “Elle Woods wishes.”

Kardashian first revealed she was studying to become a lawyer in a 2019 Vogue interview, starting with a four-year law apprenticeship and a goal of taking the bar in 2022.

“I had to think long and hard about this,” she told the magazine, noting how she felt in 2018 after helping free Alice Marie Johnson, a Tennessee woman who’d been in prison on non-violent drug charges since 1996.

While Kardashian doesn’t have a college degree, it’s legal to study the law privately in California.

“For the next 4 years, a minimum of 18 hours a week is required, I will take written and multiple choice tests monthly,” the star explained on Instagram, defending her decision after facing criticism for her new career path.

“I’ve seen some comments from people who are saying it’s my privilege or my money that got me here, but that’s not the case. One person actually said I should ‘stay in my lane,’” she continued. “I want people to understand that there is nothing that should limit your pursuit of your dreams, and the accomplishment of new goals. You can create your own lanes, just as I am.”