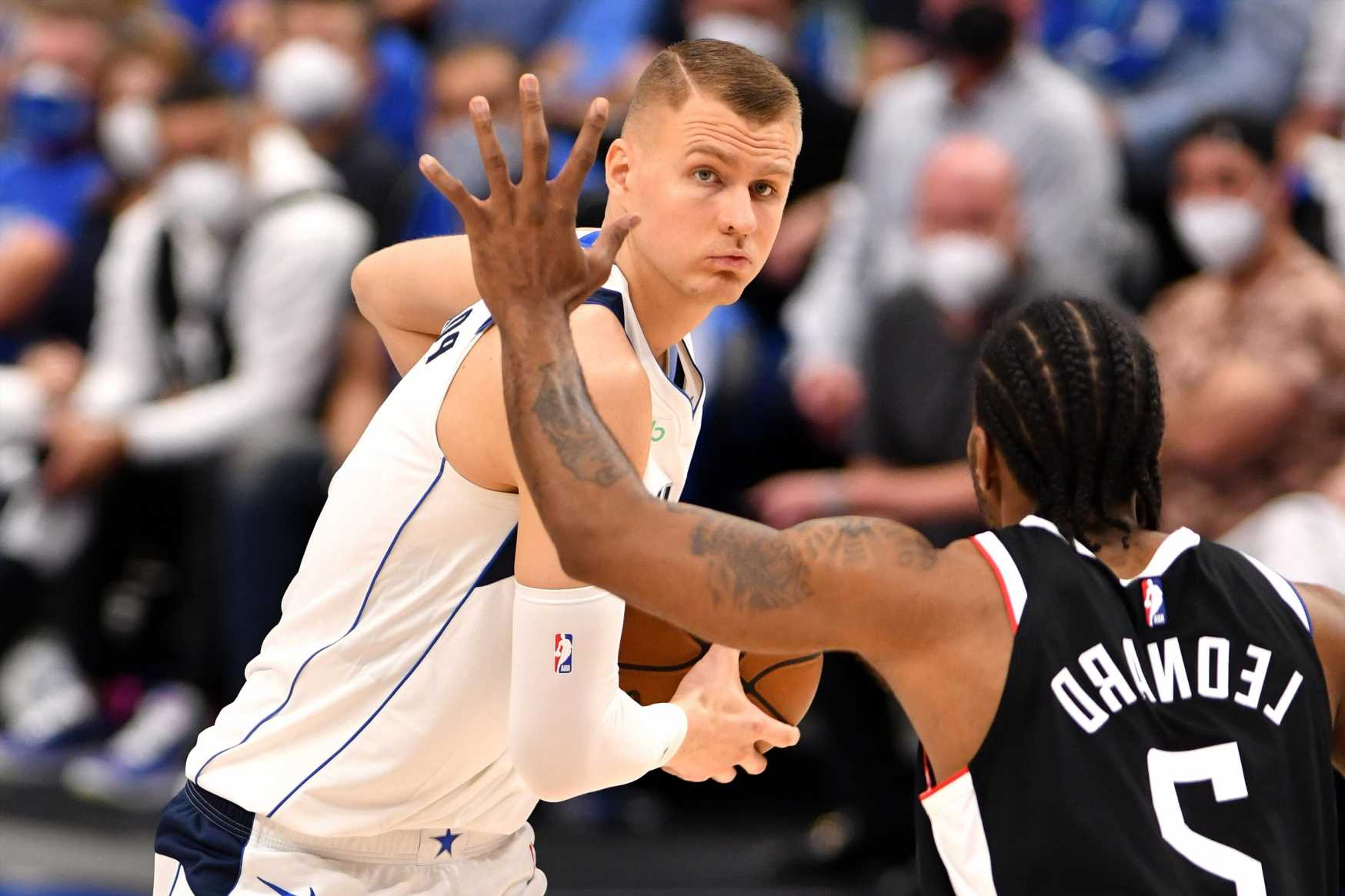 Here’s who to blame for sports fans’ increasingly vulgar behavior

The unicorn looked more like an also ran in this postseason.

Kristaps Porzingis had a disappointing playoffs for the Mavericks, which ended with a 126-111 Game 7 loss to the Clippers on Sunday afternoon. The idea of pairing Porzingis and Luka Doncic together as a European super duo has not panned out as planned in Dallas.

Doncic has certainly done his part with MVP-caliber play, but his ball-dominant style and superstar spotlight has left Porzingis frustrated, according to ESPN.com. The former Knick averaged 13.1 points and 5.4 rebounds in the opening-round series.

He was asked after it was over on Sunday how he fits in with the Mavericks going forward.

“Good question,” the 25-year-old Porzingis said before pausing to collect his thoughts. “How do I feel? I mean, I’m good. I tried to put in the work, tried to work hard. I do my part, listen to the coaches, what I’m asked to do, and that’s it.

“I try to keep it simple for myself, so I’m not overthinking, and I try to focus on what I can control. That’s being a better basketball player, going into the offseason hungry. I want to get better physically [and] on the basketball court. I’m going to put that work in to get better, and then the rest of the stuff will resolve itself.”

The Knicks traded Porzingis in January 2020 to the Mavericks in a deal Dallas was universally celebrated for “winning.” The Knicks most significantly got two first-round draft picks back from the Mavericks in 2021 and 2023. Now, rumors have surfaced that Porzingis could be dealt again this offseason.

Mavericks owner Mark Cuban hinted at a disconnect between Doncic and Porzingis last month, saying the duo had “dust-ups.” Porzingis denied any friction, though ESPN noted veiled comments about ball movement that the forward had made near the end of the regular season.

“And whatever I do, it seems like it’s always something,” Porzingis said Sunday of the scrutiny around his game. “I just try to be as professional as I can.”