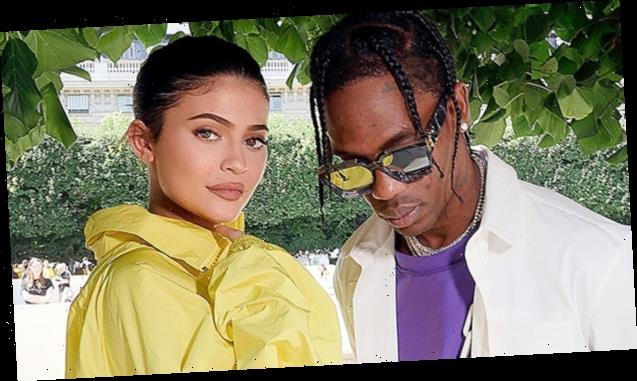 Former lovebirds Kylie Jenner and Travis Scott are still ‘figuring things out between them,’ as they continue to co-parent their daughter, Stormi, while rumors swirl that they are back together.

Kylie Jenner and Travis Scott have shown that they are model co-parents to their two-year-old daughter, Stormi Webster. But as fans have continued to see the former couple out and about with their daughter, they cannot help but wonder if it means the pair are reconciling to the point of rekindling their romance. Kylie “still has a lot of love in her heart for Travis and no matter what happens between them, always will,” a source revealed EXCLUSIVELY to HollywoodLife. But that doesn’t mean that the Lip Kit mogul, 22, is keen on getting back together with the “Antidote” rapper, 27. “Kylie has not been interested in dating anyone at all for years now,” the source went on. “She and Travis still are figuring things out between them and talk all of the time for Stormi’s sake.”

But Kylie really has a lot going on in her life. Between her various lucrative business ventures and being an active parent in her sweet little Stormi’s life, she’s not putting any pressure on herself to be in a committed relationship any time soon. Kylie “knows she has to be cautious about who she dates because of who she is, but between her businesses and Stormi, she’s given it zero thought,” the source went on. More than anything, the Keeping Up With The Kardashians star “knows she’s young and has a lot to figure out with Travis and herself before even entertaining the thought of life with another guy.”

When it comes to her status with Travis, though, Kylie and her former flame are keeping the intimate details of their relationship — romantic or otherwise — to themselves. Whether they’re seen out co-parenting Stormi or showing support for one another, “if anyone wants to say they are something more or not, they are going to hold that answer close to their vests. To them it isn’t anyone’s business what they do in their private time together,” a secondary source shared.

It’s clear that there really is no set timeline for where Travis and Kylie’s relationship could go next. One quality of their relationship that has remained steadfast since their October 2019 split, though, is their maturity and “co-parenting peacefully,” a third source reiterated. “But now they’re spending time together as a family because Kylie and Travis are choosing to for themselves, not just for Stormi which hasn’t happened up until recently,” the third source went on. Because of their mutual love and dedication to their daughter, Travis and Kylie will “be in each other’s lives.” As a result, “the possibility is always there that they could get back together at some point. They’re not there at this point, but the potential is always there.” HollywoodLife reached out to both Travis and Kylie’s reps for comment.