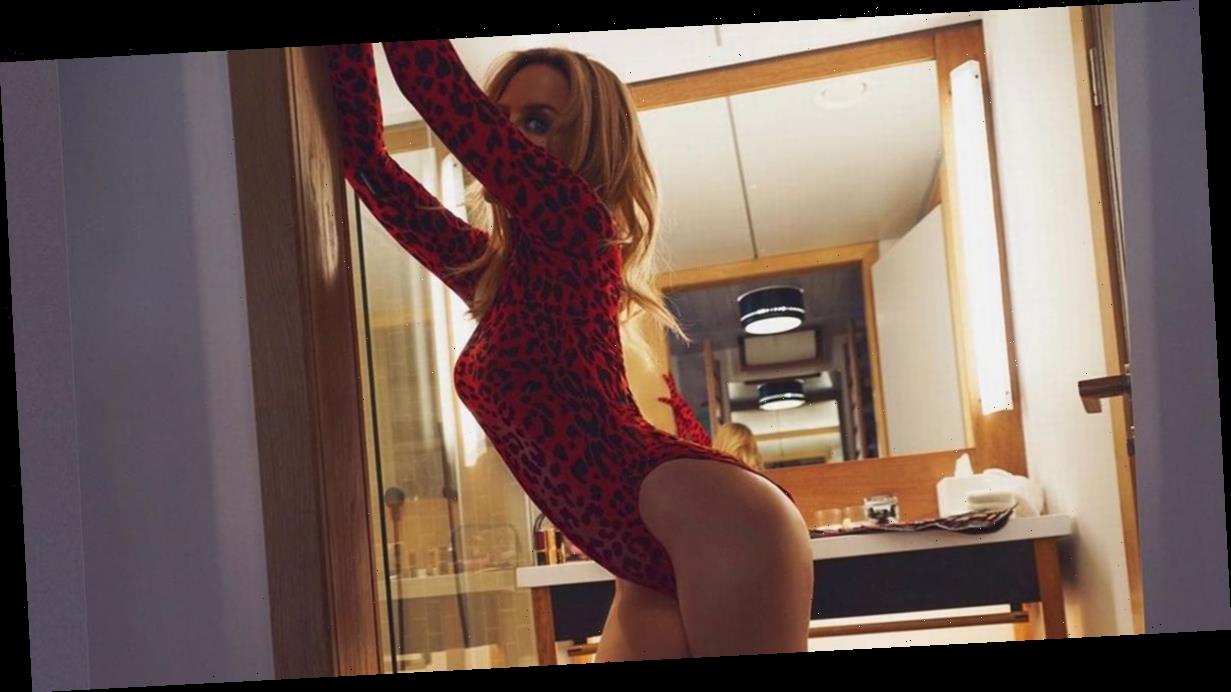 Former Neighbours star Kylie Minogue wowed fans as she posed wearing nothing but a leotard and cowboy boots before taking to the stage at a music festival in Brazil.

The Can't Get You Out of My Head singer, 51, posed in the sensational outfit ahead of her headline performance at Sao Paulo's GRLS Festival on Saturday night.

She showcased her famous figure in the leopard print outfit as she posed with her hands against the wall arching her back.

Dannii Minogue's older sister added inches to her tiny frame donning a pair of killer heeled boots as she posed in her swanky hotel bathroom.

The snap was taken in Sao Paolo, Brazil, as the former The Voice UK coach was gearing up to perform at GRLS Festival on Saturday. During the performance, Kylie went through multiple wardrobe changes as she performed tracks from her career which spans three decades, including hits such as Love At First Sight, Better The Devil You Know and Spinning Around.

The music icon recently teased her army of fans revealing that she is currently working on new music but it won't be similar to her last record, Golden, which saw the blonde bombshell take on country music.

Speaking to CNBC International TV, Kylie said: "I've already started work in the studio, I don’t know quite what it is yet.

She added: "It's probably too early to say what it is, but I'm very excited."

However, when quizzed on whether she would make another country record, she said no before saying: "But certainly what I learnt during that period will stay with me, however, songwriting pans out in the future."

Kylie recently looked sensational as she attended a dinner for Australia's bushfires while donning a purple satin dress.

She opted to pair her gown with silver jewellery and wore her blonde locks in natural flowing waves while showing off her pearly whites for the hoards of paparazzi.

The singer attended with her boyfriend, Paul Solomons – GQ's creative director and it appeared they couldn't get enough of one another as they left hand in hand while sporting huge grins.

Kylie received the AAA Excellence in the Arts Award alongside Peter Carey and Jacob Elordi.

Proceeds from the event were donated to the Australian Bushfire Relief Fund which was set up to aid the recovery programmes and emergency assistance following the fires.