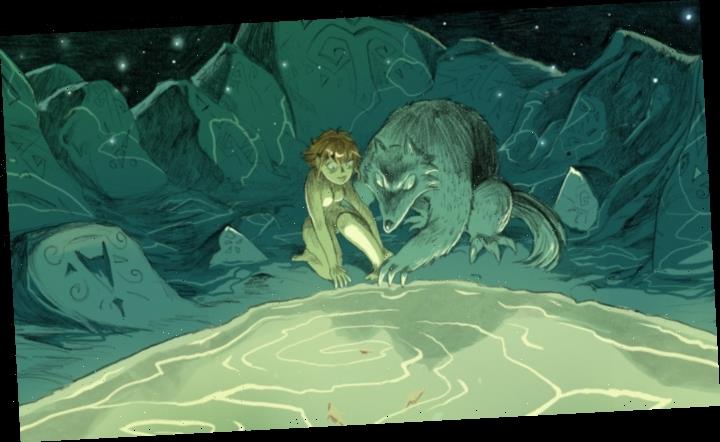 BORDEAUX, France — Madrid-based Latido Films has taken international rights to Roc Espinet’s feature debut “Girl and Wolf,” an animated feature for young audiences based on Espinet’s eponymous graphic novel. “Girl and Wolf” is one of the projects offered at the ongoing Cartoon Movie, Europe’s leading animated movie co-production event, where Variety has learned of the acquisition.

Currently in development, the project gathers part of the production team behind Salvador Simó’s “Buñuel in The Labyrinth of The Turtles,” a Special Jury Prize laureate at Los Angeles’ Animation is Film, winner of Annecy’s Jury Award, Best Animated Film at the European Film Awards and Best Animated Feature at the Spanish Academy Goya Awards.

“Girl and Wolf” is produced by Xosé Zapata at Sygnatia Films and Álex Cervantes at Hampa Studio. It tells the story of Paula, an innocent girl who grew up in an orphanage in a medieval village besieged by wolves. Paula must deal with that adversity as well as gloomy childhood traumas, hunters and wild spirits.

Latido Films CEO Antonio Saura underlined his satisfaction in “working with the brave team behind the successful ‘Buñuel,’” and added: “Another key point is having seen Roc Espinet’s passion and talent. The graphic novel is a masterpiece, and the screen adaptation captures all the innuendos of what is much more than a coming of age story for the family; it links the film with a great tradition of classic adventure films with a really complex and fascinating female character.”

Espinet served as animator on series such as “Deadly Class” (HBO) and “Niko and the Sword” (Amazon), among others. He also participated in Alberto Vázquez and Pedro Rivero’s multi-awarded “Birdboy: The Forgotten Children.”

“Girl and Wolf” is one of Spain’s nine projects headed to eh week’s Cartoon Movie, only overshadowed by France with 23.