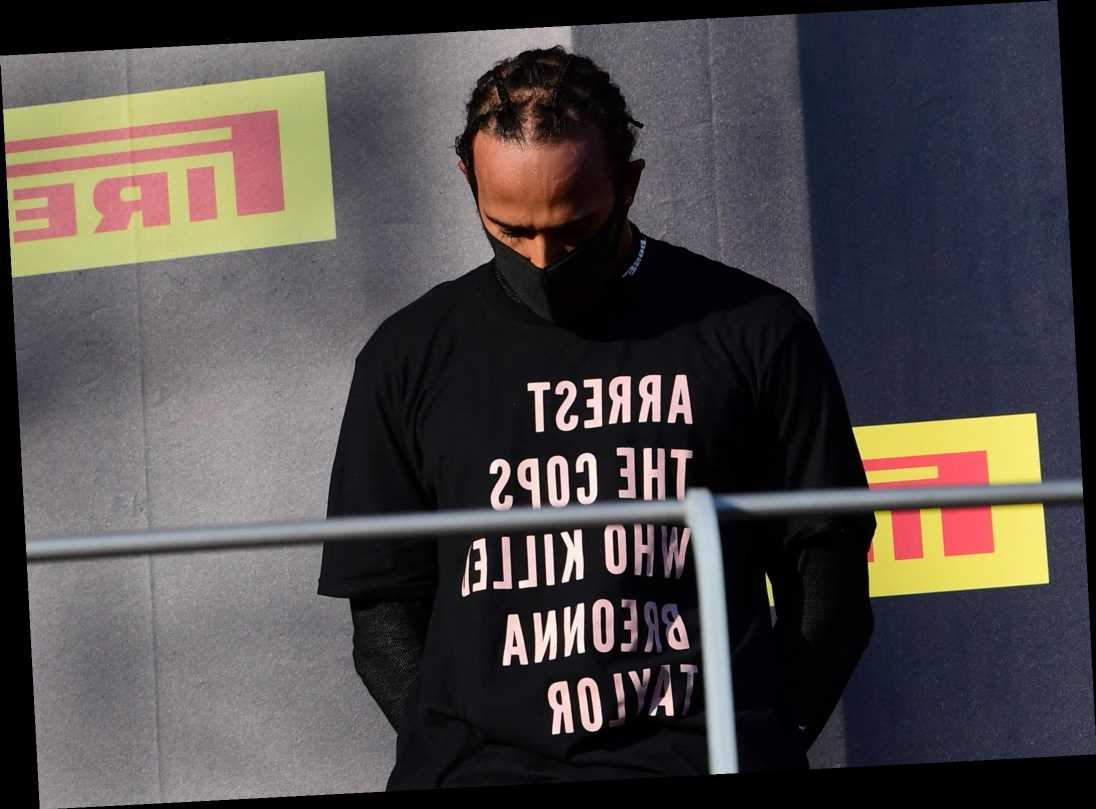 LEWIS HAMILTON has been prevented from making another protest on the podium following his decision to wear a controversial Breonna Taylor T-shirt.

The Formula One champion, 35, wore the top ahead of the Tuscan GP two weeks ago, as well as on the podium. 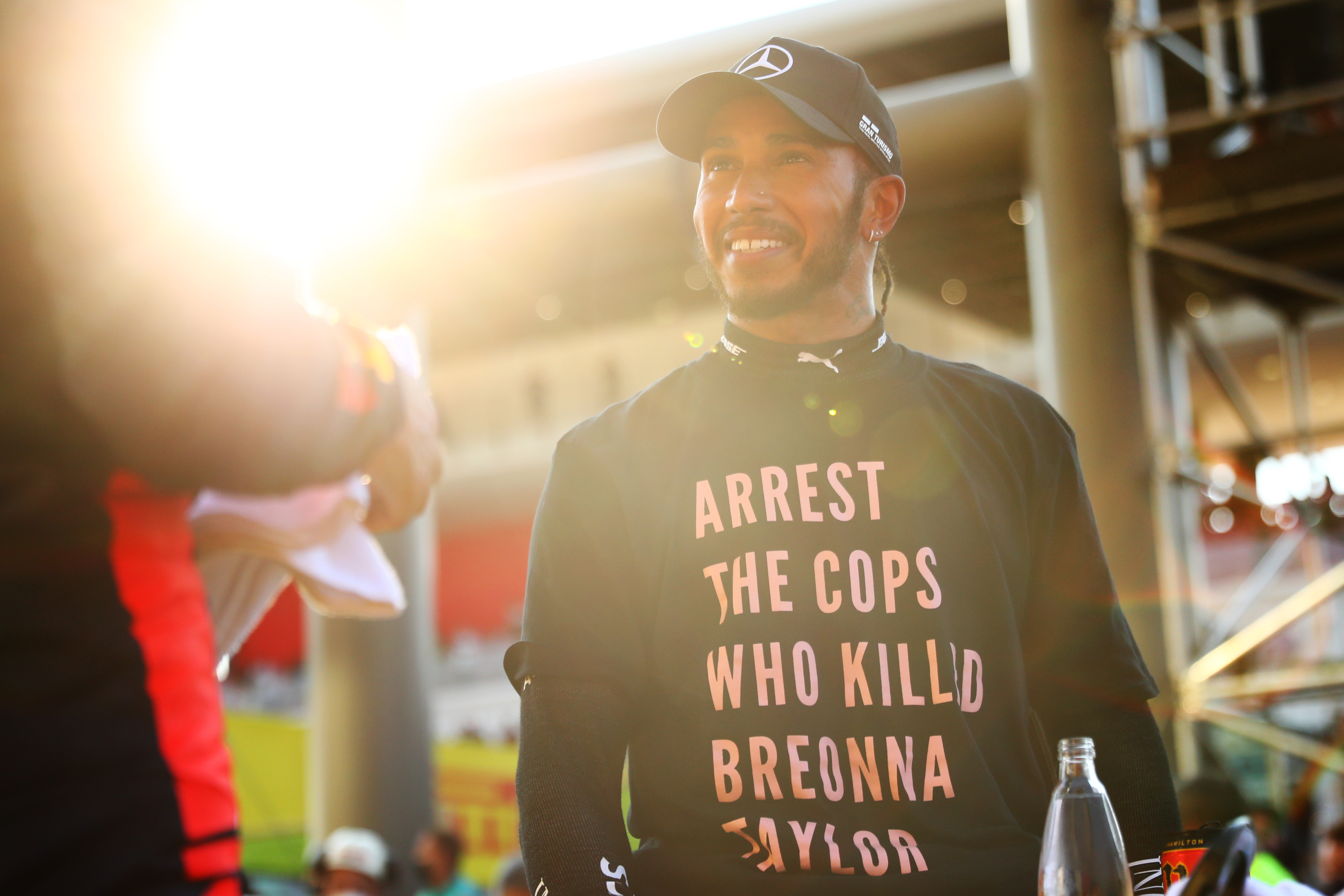 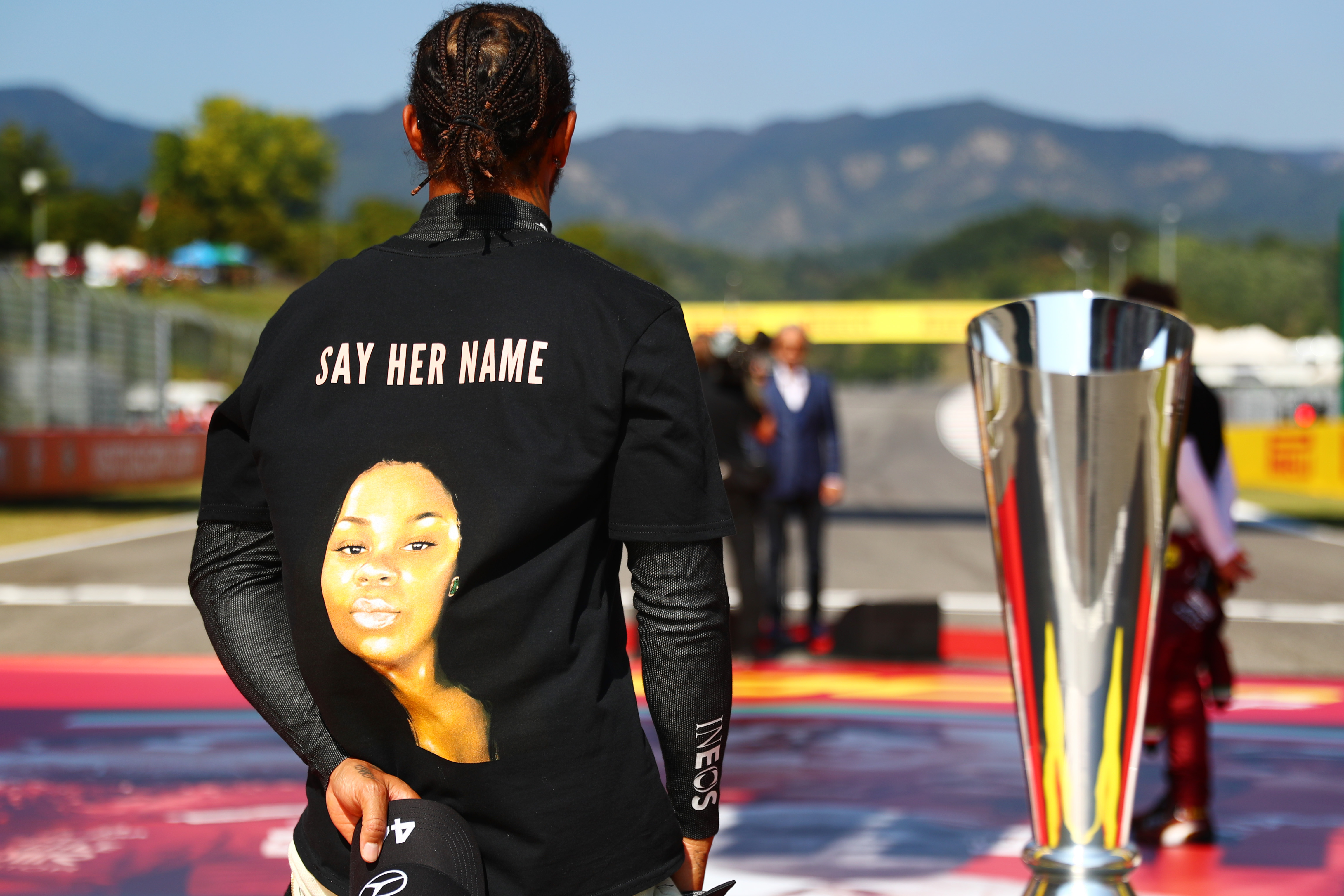 The British ace, who is closing in on his new three-year Mercedes deal worth up to £120million, was speaking out about the murder of the black woman by police in her home back in March.

And, despite incorrect reports, the FIA NEVER investigated his protest but they have now tweaked their rules to prevent any drivers from repeating the stunt.

The new protocols have been put in place from Sunday's Russian GP and explained by FIA race director, Michael Masi.

The new rules say: "For the duration of the podium ceremony and post-race interview procedure, the drivers finishing in race in positions 1, 2, 3 must remain attired only in their driving suits, 'done up' to the neck, not opened to the waist.

"For the avoidance of doubt this includes a medical face mask or team branded face mask."

The new directive also applies after the podium ceremony.

The statement added: "For the duration of the TV pen interviews and FIA post-race press conference, all drivers finishing must remain attired in their respective teams' uniform only."

In the pre-race anti-racism message, that specifies drivers should wear the official anti-racism T-shirt, the condition that "anything else a driver may feel comfortable to do" has been deleted.

Hamilton goes into the Russian Grand Prix in Sochi on pole as he aims to equal Michael Schumacher's F1 win record.

The Brit star currently sits on 90 wins, just one away from the German legend's once-seemingly-unbeatable 91, as he aims to be crowned the sport's best ever.