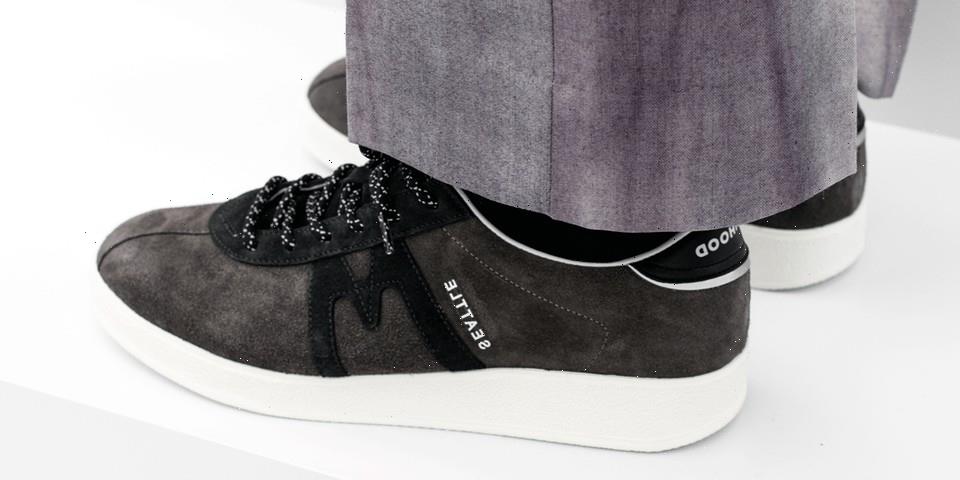 In October, Seattle-based sneaker boutique LIKELIHOOD announced the opening of its second retail store. Doubling down on its commitment to Seattle, its original Capitol Hill location is being joined by a new South Lake Union storefront. This belief in the city has now been brought to life with a collaboration featuring Finnish sportswear brand Karhu. Connecting on the Karhu Trampas silhouette, the new store is being celebrated with an aptly-titled “Seattle Belief” colorway.

To begin, the Trampas’ upper returns with a suede base. This portion of the shoe features a “Seattle Gray,” the color found in all LIKELIHOOD stores. A common shade for the Seattle sky, gray offers a touch of simplicity that connects to the central theme of belief. Next to the black suede M logo, “Seattle” text runs up the lateral, nodding to the collaborative project alongside the heel’s black tab that carries LIKELIHOOD’s logotype. A light gray covers the sole unit while typical Karhu tongue branding is accompanied by a co-branded sockliner to complete the look.

Launch of the LIKELIHOOD x Karhu Trampas “Seattle Belief” and the new LIKELIHOOD South Lake Union store is scheduled for December 16. Pairs will be available exclusively there in-store, with any remaining units releasing via LIKELIHOOD’s online store at 1pm EST on December 17. For more information regarding LIKELIHOOD SLU’s grand opening, details are outlined below.